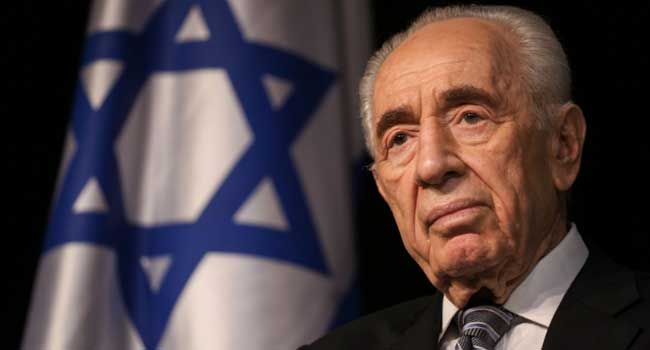 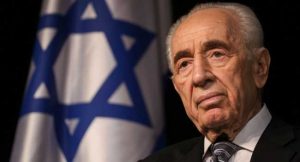 Dozens of world leaders gather in Israel to pay tributes to Shimon Peres, one of the country’s founding fathers, who died on Wednesday at the age of 93.

Guests include the Palestinian leader Mahmoud Abbas, who is visiting Israel for the first time since 2010, U.S. President, Barrack Obama, Presidential candidate, Hillary Clinton with her husband, among others, who gathered at Jerusalem’s Mount Herzl cemetery.

There has been tight security in Israel ahead of the state funeral of the former prime minister, Shimon Peres.

Israeli police chief Roni Alsheikh said preventative arrests were carried out on Arab and Jewish suspects who they feared might disrupt the ceremony.

Israeli Prime Minister Benjamin Netanyahu, led the series of eulogies, as he delivered his emotional address.

He described the former Isreali leader as “a great man of the world” adding that even as the world grieves his death, he had “left behind a true legacy of hope”. 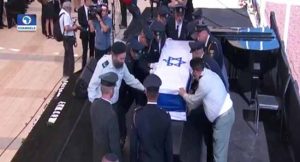 Former U.S. President Bill Clinton, who helped negotiate the Oslo peace accords between Israel and the Palestinians in the 1990’s that led to a Nobel Peace Prize for Shimon Peres, also described him as Israel’s “biggest dreamer”.

President Obama, who shared a close friendship with the deceased, expressed grief while also praising his optimism.
Peres had fostered ties with him, that went beyond bilateral interests as he appeared to be more in synch with Obama’s vision of global politics and regional peace than Prime Minister Benjamin Netanyahu.

He praised his optimism saying “It is that faith, that optimism, that belief, even when all the evidence to the contrary that tomorrow will be better, that makes us not only honor Shimon but love him.

Thousands of Israelis passed by his coffin outside the Knesset (parliament) throughout Thursday, to pay their last respects.

U.S. Secretary of State, John Kerry, says Israel and the Palestinians are making progress towards a “framework agreement” to guide their talks on a formal peace deal but still have some way to go.

Speaking on Saturday, after extensive, separate talks with Palestinian and Israeli leaders, Kerry sounded somewhat hopeful about the chances of ending the conflict, despite misgivings voiced recently by both sides and a lack of tangible signs of movement.

On his 10th visit to the region in a year, Kerry is trying to establish what U.S. officials call a “framework” of general guidelines for an accord, with details to be filled in later.

“I am confident that the talks we have had in the last two days have already fleshed out and even resolved certain kinds of issues and presented new opportunities for others,” he said after meeting Palestinian President Mahmoud Abbas.

“We are not there yet, but we are making progress,” Kerry told reporters in Ramallah, seat of Abbas’ government.

Since arriving in the region on Thursday, Kerry has spent about eight hours each with Abbas and Israeli Prime Minister Benjamin Netanyahu, whom he met again in Jerusalem on Saturday.

U.S.-brokered Israeli-Palestinian peace talks resumed last July after a three-year halt, with Kerry leading the push despite widespread skepticism about a successful outcome.

Kerry said he would fly to Jordan and Saudi Arabia on Sunday to discuss with their rulers the peace talks, which the United States hopes will lead to a an agreement within nine months.

Broad Arab support is viewed as crucial if the Palestinians are to make the compromises likely to prove necessary to strike a peace deal with Israel.

On arrival in Jerusalem on Thursday, Kerry said the framework he was trying to build would aim to address all of the conflict’s core issues, including borders, security, the future of Palestinian refugees and the fate of Jerusalem.

Both sides have expressed doubts about his efforts. 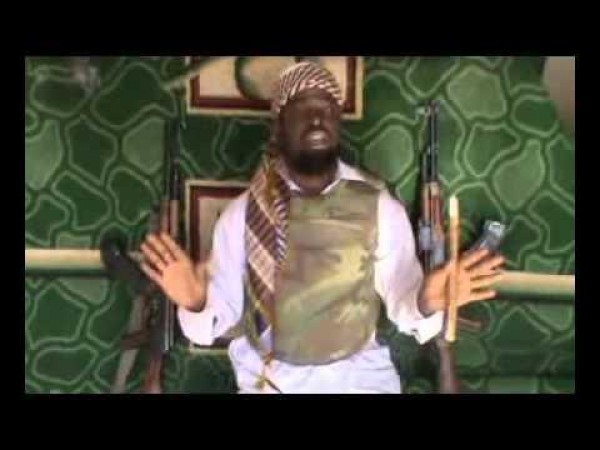 A new video allegedly released by the leader of the Boko Haram sect, Abubakar Shekau and obtained by journalists today (Thursday) in Maiduguri the Borno state capital has threatened to attack the United States for her desire to join forces with Nigeria to fight terrorism and insurgency.

The United States had in November classified Boko Haram as a terrorist organization that have links with international terrorist group, Al-Qaeda.

Boko Haram in the video, vowed to take its violent campaigns to the U.S for her pledge to partner with Nigeria to fight terrorism.

“After that you said so many things. By Allah, you are lying. Were you truthful, oh America, you would have been truthful inside your country, you bloody liar. May Allah’s curse be on you,” the man believed to be Shekau, said in the video.

“This message is intended as a glad tiding. Allah the Almighty has given us victory in the attack we launched inside Maiduguri on the 2nd of this month.

“We stormed the city and fought them (and) Allah blessed us with lots of booty.

“They call us Boko Haram but we are not Boko Haram. We are Jama’atu Ahlissunnah Lidda’awati Wal Jihad whose leader is Abubakar Ash-shakawy, who in the past committed a lot of infractions but when he followed the Quran and the prophet’s teachings, today even Obama fears him, Francois Hollande fears him, Benjamin Netanyahu fears him, the whole world fears him. Why? Because he holds on to Allah the Almighty.

“You are boasting you are going to join forces with Nigeria to crush us, bloody liars. You couldn’t crush us when we were carrying sticks, is it today when we storm your barracks and commandeer your things one after the other, killed you in numbers that you are going to crush us? The man believed to be Shekau continued saying in the video.

“Where were you when your World Trade Centre was bombed, including your Pentagon when you were faced on your turf?

“Liars! May Allah protect us. This is a message from this small destitute who has become a nightmare to infidels” said Shekau who made the speech on the victory they achieved in Maiduguri.

The message vowed to continue with the attack not just in Maiduguri but the whole world and reminded those who care to listen to repent and turn to Allah.

“By Allah we will never stop. Don’t think we will stop in Maiduguri, tomorrow you will see us in America itself. Our operation is not confined to Nigeria; it is for the whole world.

Iran may have been able to secure an interim nuclear negotiation deal necessary to ease economic tensions caused by sanctions imposed on the country by world powers, but scepticism expressed by Israel has been supported with a call on world powers to handle Iran’s agreement to halt nuclear programmes with cautious diplomacy.

In the deal, Iran agreed to curb some of its nuclear activities in return for about $7 billion in sanctions relief, after days of intense talks in Geneva.

The interim deal will last for six months, while a permanent agreement is sought.

US President Barack Obama welcomed the deal, saying it would “help prevent Iran from building a nuclear weapon”.

Israeli Prime Minister, Benjamin Netanyahu, however, said the agreement was a “historic mistake” that had made the world a much more dangerous place.

Iran had called for the annihilation of Israel and the world is apprehensive about the possibility that if Iran is allowed to enrich uranium, it could make a nuclear weapon for such purpose.

However, Obama said the US would remain firm and as well, uphold its commitments to friends and allies, particularly Israel and its gulf partners who have got reasons to be sceptical about Iran’s intentions.

“Ultimately only diplomacy can bring about a durable solution to the challenge posed by Iran’s nuclear programme.

“As president and commander in chief I will do what is necessary to prevent Iran from maintaining a nuclear weapon,” he said.

Despite this assurance by Obama, an Associate Professor of International Relations with the Redeemers University in Lagos, Nigeria, Dr. Femi Adegbulu, told Channels Television on Monday that the world powers need to be mindful of the fact that Iran could be looking for ways to get itself out of its economic issues.

“They need to be cautious of that fact and be diplomatic in handling the deal.

“They should not be in a hurry to embrace Iran. The world should be cautious in trusting the new president,” he said.

According to the agreement, Iran has been committed to halting enrichment above five per cent and neutralising its stock power of near 20 per cent uranium by means of dilution or conversion.