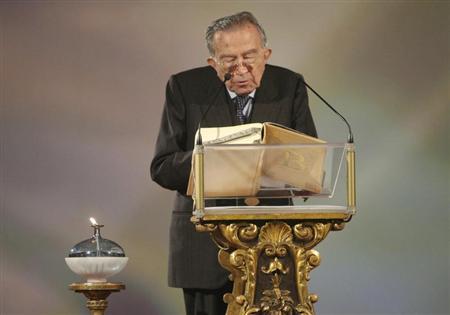 Giulio Andreotti, seven times Italian prime minister and one of the country’s most prominent post-war figures, has died at the age of 94, family sources said on Monday.

Andreotti, a leading member of the defunct Christian Democrat (DC) party which dominated Italian politics for almost fifty years after World War Two, was a lawmaker in every Italian parliament since 1945. He was made a senator for life in 1991.

Andreotti, with his characteristic hunched back and understated irony, was an iconic figure who polarized Italian public opinion from when he entered government at the age of 28 to when he was accused of murder and Mafia involvement in the late 1990s. He was later acquitted.