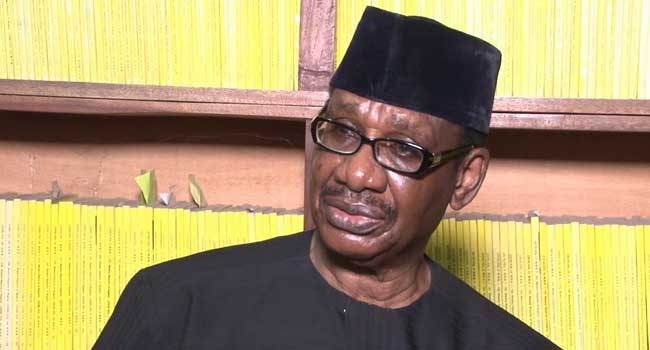 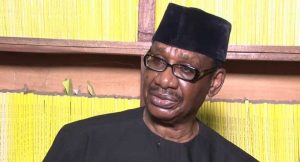 The Chairman of the Presidential Advisory Committee, Prof Itse Sagay has described as diversionary, malicious and vindictive, the call for the Minister of Transport, to step down from office.

In an interview with select journalists on Thursday in Lagos, Prof Sagay made it clear that he was speaking in his personal capacity.

He insisted that the outburst of Justice Okoro and Ngwuta (two justices of the Supreme Court) is “surprising considering that it is totally unrelated to the raids of their premises, their arrests and subsequent charges before the courts”.

The Professor also said that “men of that status should not indulge in such diversionary activities in the midst of grave and ominous charges against them. I would have thought that they would use the time at their disposal to prepare their defenses against the serious charges they are facing.

“In any case, given their statuses as Supreme Court Justices even in the middle of the adversity confronting them, they should not have engaged in a distraction totally incompatible with the dignity and respect that their offices attract.

“It is demeaning for them to abandon their legitimate defence in order to smear a high official of the Buhari Government, which latter they probably consider to be the source of their predicaments.

“Mere allegations cannot have enough weight to affect the position of such a high official as Amaechi, otherwise knowing the disposition of Nigerians for putting people down, no office holder will be safe in this country. It is therefore improper and ridiculous to compare the position of the justices in whose houses millions of naira and hundreds of thousands of dollars were recovered, to that of Amaechi against whom there is only the mere ipse dixit of the judges.

“This sudden anti-Amaechi narrative is consistent with the objectives and interests of the chief promoters and funders of judicial corruption during election petitions. These powerful opposition are well known.

“To be more specific, they are from Rivers and Akwa Ibom states. They are the one who financed judicial corruption and brought that great institution, the judiciary to its knees, after the 2015 elections.

“These allegations are intended to undermine and weaken the Buhari Federal Government, by depriving it of the service, input, ideas and productivity of some of its brightest stars.

“This is intended to set the stage for charging the government with ineffectiveness and cluelessness. In other words, it is an attempt to reduce the image and perception of this Federal Government to the low level of their own fate and unlamented government.

“Therefore, the call for Amaechi to step down is malicious and vindictive. It should be ignored with complete ignominy”. 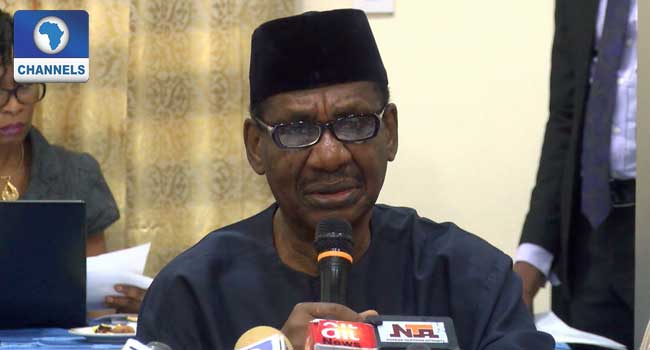 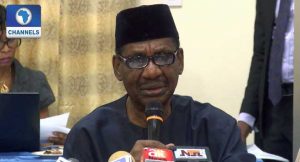 One year after its inauguration, the report of the Presidential Advisory Committee Against Corruption, has come out with its recommendations.

In its report from August 2015 to July 2016, the Executive Secretary, Bolaji Owasanoye, highlighted areas of concentration.

Amongst are the things that the committee maps out as sentencing guidelines for high profile cases where huge monies are trapped.

He decried the amount of monies that the Nigerian government has lost to such cases and its effect on the economy.

“If we do simple arithmetic of all those high profile cases, just add the sums and see how much you will come up with, it will be far above two trillion and because the state has not recovered the money, we will see the effect on the economy,” he said.

The chairman of the committee, Professor Itse Sagay, also added that Nigeria needs an upright judiciary without which the nation’s democracy would collapse.

The sudden raid of the houses of some judges by the DSS and the subsequent arrest of the judicial officers drew a plethora of reactions recently.

But Professor Sagay described the anti-corruption campaign of the President as right, while describing the criticism from Nigerians as totally wrong and shocking.

“We need the judiciary but we need an upright judiciary. Without that, one arm of government will collapse and democracy will collapse.

“Let us think of the implication of what is going on. If we don’t put the judiciary right or have a judiciary in which we have confidence, with integrity and honour, with moral authority, then we have no government and we have no democracy,” he said.

Lawyers, especially the senior ones are responsible for the rot in the judicial system. That is the view of a professor of law, Itsey Sagay.

In an exclusive interview with Channels Television, Professor Sagay said that the senior lawyers corrupted the judges and are largely responsible for the corruption in the system.

He condemned the reaction of the Nigerian Bar Association (NBA), saying the body lacked the moral premise to criticize the activities of the DSS which he said is lawful.

On whether the National Judicial Council has the capabilities to deal with the corruption in the bench, the law professor said that the NJC lacks the capacity because it is an emergency situation which demands unusual approach.