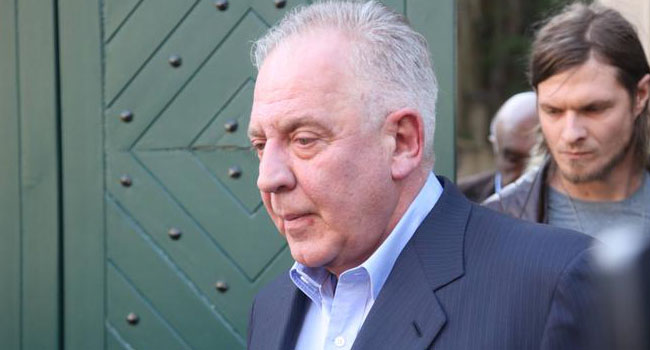 A Croatian court on Friday sentenced former prime minister Ivo Sanader to eight years in jail for siphoning millions of euros from public funds in a long-running corruption case.

Sanader, who led Croatia into NATO during his 2003-2009 spell in office, organised a plot with other officials to “acquire significant financial gain” for himself and to finance their HDZ party, which was also accused in the case, the Zagreb court ruled.

The former prime minister, currently serving a prison sentence for another corruption case, will also be required to pay 15.8 million kunas (two million euros, $2.5 million) once the verdict becomes final.

The conservative HDZ, which is still in power, was “responsible” for the crime and must pay some two million euros to the state budget, judge Irena Kvaternik said.

Of three other HDZ officials on trial, two were convicted and jailed and the other was acquitted.

The party said in a statement it rejected “any collective responsibility” and said it would appeal the ruling.

Sanader was first sentenced to nine years in jail for this case in 2014, in what was the first trial of its kind against a Croatian political party.

But the top court scrapped the ruling citing violations of criminal proceedings.

During the retrial all the defendants pleaded not guilty.

Since 2019 Sanader has been serving a six-year sentence for a separate corruption conviction and faces a slew of other allegations.

The 67-year-old did not attend Friday’s hearing as he is recovering from surgery. 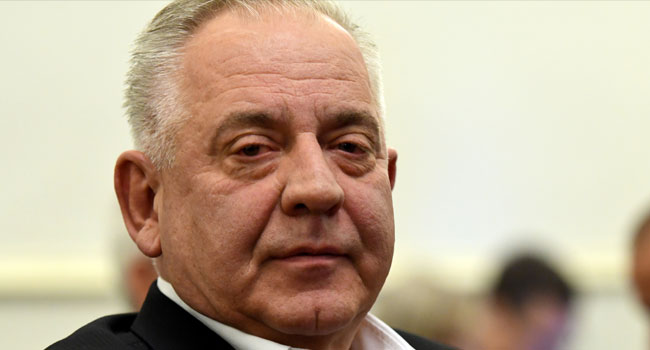 A Croatian court on Monday sentenced former prime minister Ivo Sanader to six years in jail and the boss of Hungary’s MOL energy group to two years for bribery.

Sanader — already serving time for a separate graft conviction — and MOL’s Zsolt Hernadi were convicted for “receiving and giving a bribe” concerning a 2009 deal after the Hungarian firm purchased shares in local oil and gas group INA, the judge said.

MOL, whose main shareholder is the Budapest government, has a 49 percent INA stake, while Zagreb holds a 44 percent stake.

Defence attorneys for CEO Hernadi, who was tried in absentia, argued that the prosecutors did not prove an “incriminating tie” between the two defendants.

Both men pleaded not guilty and can appeal the verdict.

The former premier was already found guilty of the charge in 2012, but the country’s top court overturned his eight-and-a-half-year jail sentence and called for a re-trial.

Croatia has sought Hernadi’s arrest for years, but Hungary has refused to extradite him.

Sanader, conservative prime minister from 2003 to 2009, has faced several other graft cases in which he is suspected of embezzling millions of euros.

In April he was jailed to serve a six-year sentence in another corruption case.

In 2018 he was also sentenced to two and half years for war profiteering, but acquitted of abuse of power charges in another trial.

Sanader is the highest official to be charged with corruption in Croatia since independence from Yugoslavia in 1991.

Tackling corruption was key for the country’s successful bid to join the European Union in 2013.