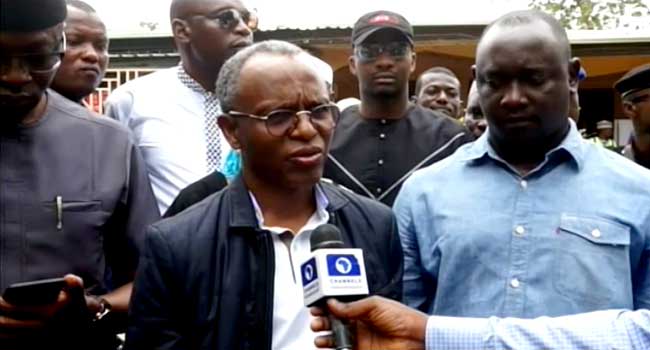 The Kaduna State Independent Electoral Commission has cancelled voting in Kaura and Jaba local government areas due to security concern.

The commission is to announce a new date for the election in the two local government councils.

He spoke after casting his vote at Ungwar Sariki polling unit in Kaduna North LGA. The governor expresses optimistic that the outcome of the election will be credible due to the adoption of the electronic voting system for the poll. 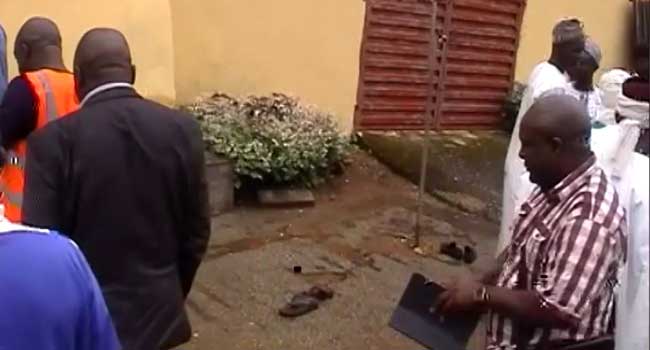 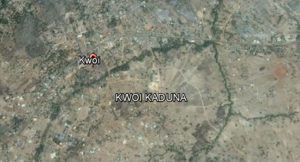 There were reports on Monday that a fresh earth tremor has occurred at Sambang Dagi community barely 24 hours after a similar incident was recorded at Kwoi village both in Jaba Local Government Area of Kaduna state, North West Nigeria.

An indigene of the area told Channels Television’s correspondent that the second vibration occurred very early in the morning on Monday, leaving residents scampering for safety.

Meanwhile, the Kaduna State Emergency Management Agency has said that no life or property was lost from the earth tremor that occurred at Kwoi community.

Speaking to our correspondent, the Executive Secretary of the agency, Mr Ezekiel Baba-Karik, also debunked report that similar incident occurred in Nok and Sambang Dagi villages on Monday.

Instead, he explained that the earth tremor occurred twice only in Kwoi community on Saturday and in the early hours of Monday morning.

While he explained that the incident was not as devastating as being exaggerated by the public, Mr Baba-Karik said that most residents fled from their homes due to fear.

He further explained that a team of geologists have been dispatched in the area to ascertain the cause of the earth tremor.

Speaking when rescue workers visited the affected areas, the caretaker chairman of Jaba Local government, Ben Kure, said that government would do everything possible to ensure that the people are protected.

After the first incident in Kwoi community, the Kaduna state government had also appealed to the people of the community to be calm.

In a statement issued on Sunday by spokesman to the state governor, Samuel Aruwan, the government said that a formal report has been made to the appropriate authorities to investigate the development and issue appropriate guidance.

The statement directs the State Emergency Management Agency (SEMA) to mobilise its officials to the area and to monitor the situation and assist the people in case of any emergency.

An earth tremor, according to geologists, is the perceptible shaking of the surface of the earth, resulting from the sudden release of energy in the earth’s crust that creates seismic waves.

Earlier in the year, the Nigeria Geographical Information Service (NGIS) had warned of possible earthquakes in the country, particularly in the south west region due to indiscriminate drilling of boreholes. 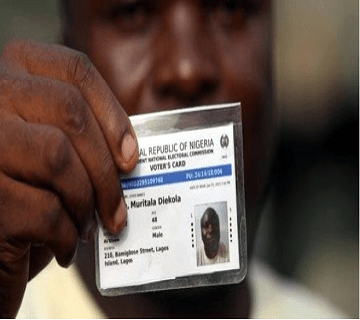 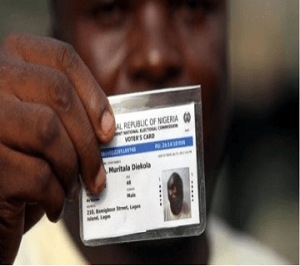 Criticisms, lamentations and anger have continued to trail the distribution of the Permanent Voters’ Cards (PVC) by the Independent Electoral Commission (INEC) which commenced in Kaduna on Monday.

Several residents, who faulted the entire process, complained of late arrival of materials and absence of adhoc officials in almost all the distribution centres.

Residents said they had a herculean task in tracing their names on the register displaced on the wall.

Many did not see their names even though the state Resident Electoral Commissioner, Haliru Tambuwal, told journalists before the exercise commenced that about 3 million cards had been printed and were ready for collection.

While the exercise could not start smoothly on its first day due to non availability of INEC officials and materials, our correspondent who monitored the distribution reported that D 2 of the exercise also witnessed late availability of materials at most of the distribution centres in the state capital and other surrounding local government areas.

In most areas visited, like Jaba, Kachia, Kubau, Zaria, Sanga, Soba and Makarfi local government areas, residents who had collected their PVCs commended INEC for a job well done, while those who were yet to receive theirs in Kaduna North, Kaduna South, Igabi, and Chikun local government areas faulted the process.

There were also complaints of missing names on the register as well as non availability of the permanent voter’s cards of those whose names appeared on the voters register.

The residents who trooped out for the exercise were disappointed by the absence of INEC officials at the polling units and designated collation centres as at 12 O’clock in the afternoon.

At the Kabala polling unit, which is the unit of Nigeria’s Vice President, Namadi Sambo, there was no sign of any distribution of voters cards going on. Those who trooped out for the exercise waited in vain and later dispersed in anger.

Prospective voters expressed fears that they may not vote in the next year’s election if they failed to obtain their permanent voters cards.

However, INEC National Commissioner in charge of Kaduna, Niger and Federal Capital Territory, Chris Iyamoga attributed the delay in the distribution of materials in some places to some logistics problems which he said was being sorted out by the commission.

Since 2011, the agency had planned to replace the temporary cards with the new cards. Despite the money committed so far for the project, stakeholders have expressed disappointment that the commission has not lived up to expectation.

Their fear is that the commission may not be able to complete the exercise before the February 2015 elections.

And as the commission continues with the exercise, stakeholders in Kaduna State are urging its officials to avoid the mistakes and shortcomings that nearly marred the process in some states. 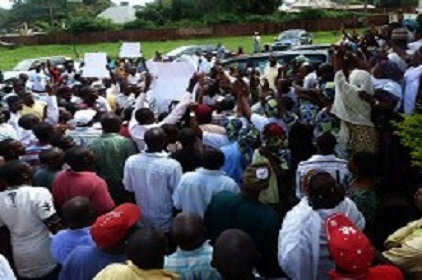 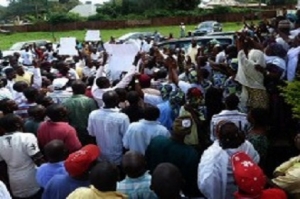