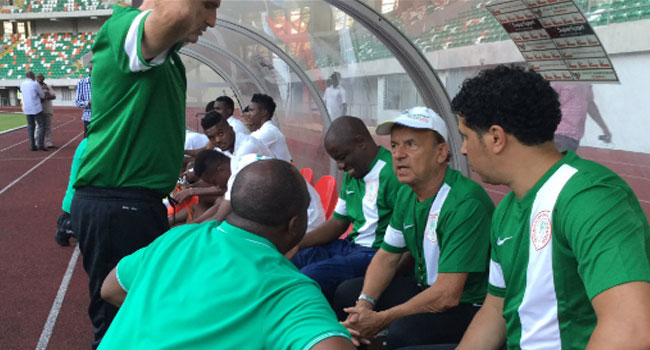 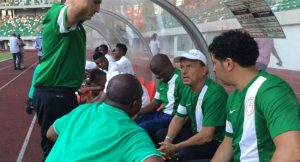 Franco-German Gernot Rohr has resumed as the coach of Nigeria’s senior football team, Super Eagles, as the team begin training sessions ahead of Saturday’s 2017 Africa Cup of Nations qualifier against Tanzania.

Rohr and a number of players landed in Uyo on Tuesday, a day after their flight was cancelled by ARIK airline.

On arrival at the team’s Le Meridien Hotel, Coach Rohr had a meeting with his assistants, backroom staff and players present, before the evening’s training session at the Godswill Akpabio Stadium.

The team’s administrator, Dayo Achor, confirmed to thenff.com that Belgium-based Moses Simon and Slovakia-based Kingsley Madu would arrive on Wednesday.

The delegation of Tanzania’s Taifa Stars is expected to arrive in Nigeria on Wednesday, while the match officials will jet in on Thursday.