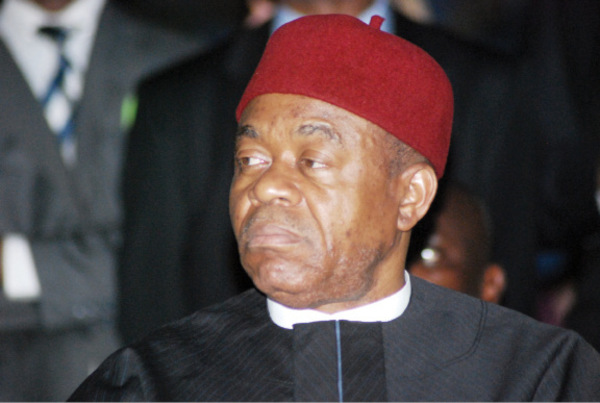 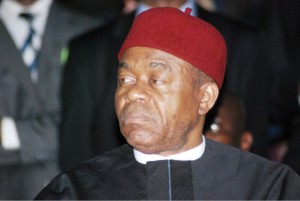 Abia State Governor, Theodore Orji, has called on all Nigerians irrespective of ethnicity and religion to unite against the evil currently threatening the peace of the country.

In his Easter message, the Governor said that terrorist organizations always seek ways to divide communities, but those who have overcome and have been able to attain stability have done it through unity.

He said, “We stand united against terrorism. We believe that Nigeria will overcome and this Easter presents us that opportunity to reflect on the words of our Lord Jesus Christ. This is the time that we must treat ourselves as brothers and sisters and work together to defeat the evil act of terrorism.

“We must uphold the unity, progress and greatness of Nigeria, even in the midst of our challenges. It is the only way we can say we are part of this country, because our souls long for its greatness.

“Because we desire a nation where all Nigerians can move freely from one part of the country to another, where our children will not be kidnapped from schools and our women will not be raped by the evil men.

“If the children of Israel can pass through the red sea in their most difficult time, Nigeria will do it also”, he said. 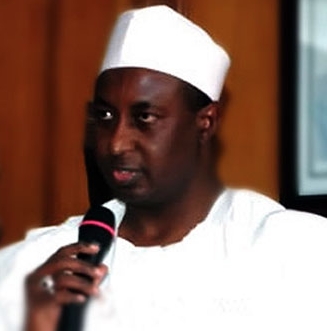 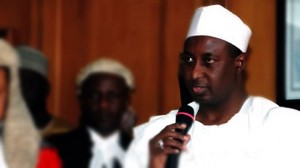 As Christians across the country celebrate Easter, Governor Mukhtar Yero of Kaduna State has urged Christians to use the occasion to intensify prayers and devotion for God’s intervention on the current security challenges facing the nation.

The Governor noted that only God’s intervention would ensure the victory over the war against terrorism in the country which has been orchestrated by the Boko Haram sect.

In a goodwill message signed by his Director-General, Media and Publicity, Ahmed Maiyaki, Governor Yero congratulated Christians and indeed the entire people of Kaduna State on the occasion of the Easter celebration, and called on them to forge greater unity irrespective of their religious or ethnic diversities.

The Governor also urged Christians to use the Easter period to pray for peace and stability of the State and the entire country, urging them to reflect on the significance of the event to the salvation of mankind as well as human brotherhood, love and peace.

He condemned the spate of criminality and killings in the country, especially the recent bomb attack at the Nyanya Motor Park in Abuja which claimed many lives, and prayed that God Almighty should expose the perpetrators that are bent on creating confusion in the country.

The Governor called on Christians and Muslims to forge greater unity through prayers for national peace and stability. He urged people in the state and the entire country not to despair over the present security challenges assuring them that God would surely defeat those plotting to destabilize Nigeria. 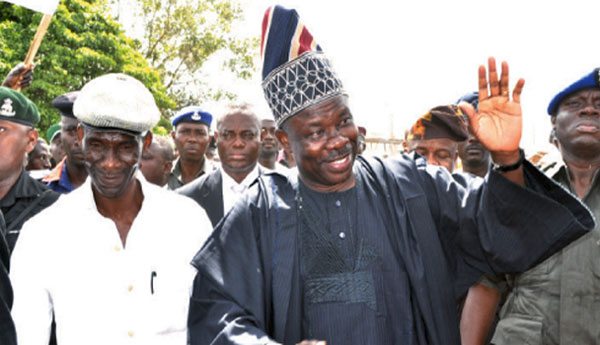 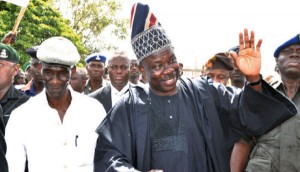 In the spirit and the mood of the occasion of the Easter celebration, Ogun State Governor, Ibikunle Amosun, has enjoined Nigerians to always resolve their religious differences amicably rather than resort to violence.

The Governor, who stated this in his Easter message, noted the triumph of Jesus Christ over death through His resurrection, adding that people of all faiths should emulate the selfless sacrifice of Christ, as well as the peace he preached in spite of the challenges confronting the nation.

In a statement by his Senior Special Assistant on Media, Mrs Funmi Wakama, Amosun said that Easter is an important event in the Christian calendar, which teaches lessons on the crucifixion and resurrection of Jesus Christ.

“We must not allow the lessons of the season be lost on us. All faiths must preach peaceful evangelisation, by so doing, we will be able to tolerate one another and live in peace and harmony”, he said.

The Governor also condemned the spate of violence in some parts of the country and called on all Nigerians to eschew violence in the spirit of the season.

“We must find other means of expressing our grievances rather than allowing such to fester, he stated, adding that “As we celebrate the resurrection of Jesus Christ, let us turn our religious diversity into an advantage and continue to live in peace and harmony.”

He promised citizens of Ogun State more dividends of democracy and wished the Christian faithful a happy celebration. 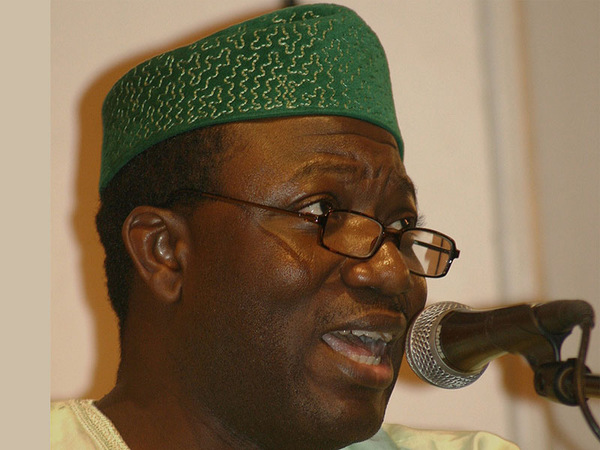 Ekiti State Governor, Dr. Kayode Fayemi, has described the birth of the Lord Jesus Christ as the climax of God’s love for mankind.

The Governor in his Christmas message to the people of the state said that God used the birth of Christ to ensure the salvation of man from sin and rescue man from eternal perdition.

In a statement by his Chief Press Secretary, Mr. Olayinka Oyebode, the Governor advised the people of the state to emulate God’s love by showing love to fellow citizens regardless of their religious belief.

The Governor advised Ekiti people, especially Christians, to spend the Christmas season in sober reflection and self-examination of their relationship with their Creator.

The Governor admonished them to use the season to share love and lend a helping hand to others, most especially the less privileged.

Describing this Christmas celebration as the last one to be celebrated before the 2014 governorship election, Governor Fayemi admonished the people of the state to pray for a peaceful and successful conduct of the polls.

He reiterated the readiness of his administration to continue to ensure peaceful coexistence of adherents of all religions in the state and offer them conducive atmosphere to practise their faiths.

Christians globally on Friday commemorated Good Friday, the Friday before Easter Sunday and the faithful in Lagos were not left out as they re-enacted the crucifixion procession.

In a procession that took the faithful from Saint Denis Catholic Church, Ilaje-Bariga through major streets to the Saint Dominic Catholic Church in Yaba, Lagos, songs and prayers were offered at the 14 Stations of the Cross which signify the important points of Jesus’ journey to the cross.

One of the most significant events in the journey of Jesus Christ was his trial, crucifixion on the cross of Calvary and eventual resurrection which set the stage for his redemption of believers.

The man who played the role of Jesus Christ at some point fell and he was stripped of his clothes. In all, there were 14 major stations on his journey to the cross.

He was then crucified alongside two criminals at Calvary.

As spectators watched the procession, devotees wailed as Jesus was taunted, bruised and flogged.


The Pastor of Saint Dominic Catholic Church, Reverend Father Felix Onemeghie says Nigerians should learn from the humility and sacrifice of Jesus Christ.

Christians the world over will again gather on Sunday to mark the resurrection of the crucified Christ.

On this day, Christians commemorate the passion or suffering and death on the cross of Jesus Christ. This is an observance that involves people fasting and praying.

Many church services were held in the afternoon, usually between noon and 3pm to remember the hours when Jesus hung on the cross. 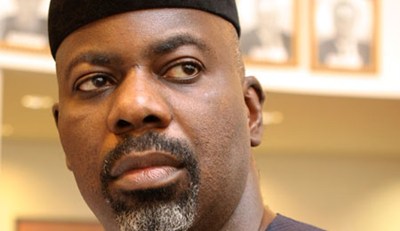 The Cross River State Governor, Liyel Imoke, on Friday called on Nigerians to reflect deeply on the life of Jesus Christ, who sacrificed all to redeem mankind.

The governor in an Easter Message asserted that it is only through selfless service and sacrifice to the fatherland can Nigeria attain the desired socio-political and economic progress.

“As the Lenten season ends to usher in Easter, let me remind you that we share a holy hunger for clarity about what is good and life-giving, and we yearn to re-focus on what is most central and important to move this country forward”, Imoke said.

While urging Christians to use the Easter celebration which he noted is victory of light and life over darkness and death to cultivate the spirit of compassion and forgiveness, said only these virtues can help in the building of a strong, virile, indivisible and cohesive Nigeria.

He further urged Nigerians to embrace God’s ever-new life with “every cell of our being, every yearning of our soul, and every muscle of our will.”

Imoke added that for there to be a testimony, there must be trials and tribulations, while reaffirming the resolve of his administration to the development of infrastructure and human capacity in the state. 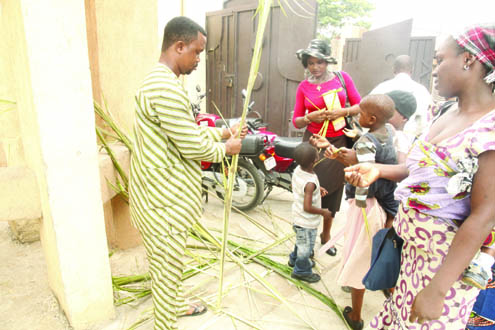 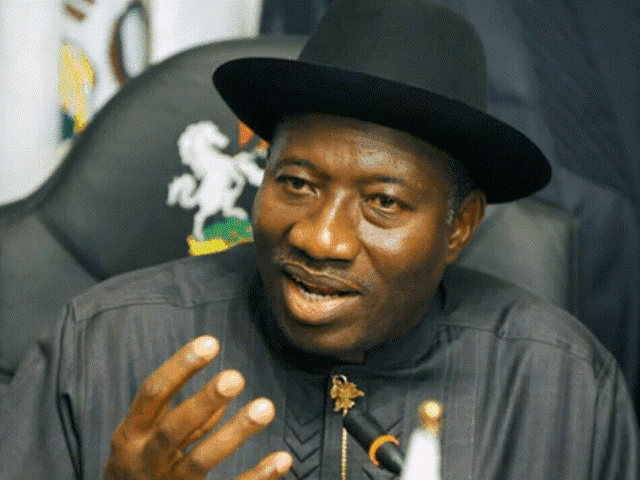 President Goodluck Jonathan has joined the rest of the world in celebrating the birth of Jesus and emphasizing the lessons of Jesus Christ on earth and its significance.

President Jonathan in a press statement said “In respective of our beliefs we can draw strength and inspiration from the Messiah’s enduring personification of selflessness, dedication to duty and commitment to the well-being of others.

He also added ‘The virtues and ideals of peace, tolerance, faithfulness, honesty, fairness, true wisdom, knowledge and understanding must remain relevant to us in Nigeria as we continue to grapple with the challenges of development and nation building’.

President Jonathan maintains that his government is doing its best to deliver on its promises to Nigerians.

According to him “While we continue to deal with the regrettable distractions posed by threats to peace and security in parts of the country, the federal government remains very focused on the primary objective of achieving significant improvements in priority areas such as, power supply, transportation, roads, health, education, job creation, agriculture and industrialization as quickly as possible’.