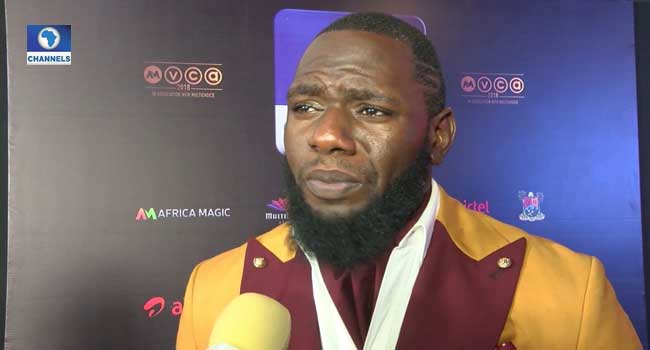 Nollywood actor and rapper, Jimmy Odukoya, says entertainers and celebrities are most times judged unfairly and often misunderstood by society.

Jimmy, who is also a pastor and the son of renowned Nigerian pastors Taiwo and the late Bimbo Odukoya, admitted that while there are bad eggs in the industry, there are also many others who are truly dedicated to their craft.

In a recent interview with Channels Television, he shared his thoughts about the industry from the viewpoint of a Christian.

He said “People have ideologies of what they think it is. I have heard people say that all actresses sleep around and all musicians are drug addicts but I think they are all preconceived notions. There are some people who dabble in these things but it’s unfair to categorize a whole industry of people”.

He also said that rather than condemn those who engage in such vices, they should be shown some measure of love and understanding.

Speaking further, Pastor J, as he is fondly called, praised entertainers who have real passion for their job and have made it to the spotlight through genuine means and hard work.

“I have met a lot of hardworking and dedicated people who have followed their passion and put their lives on the line just to achieve their dreams. Some people come from different states for auditions and don’t even get picked.

“There are a lot of hardworking people that are trying to follow their dreams in a country that says you have to be a doctor, lawyer or engineer to have a career,” he said.