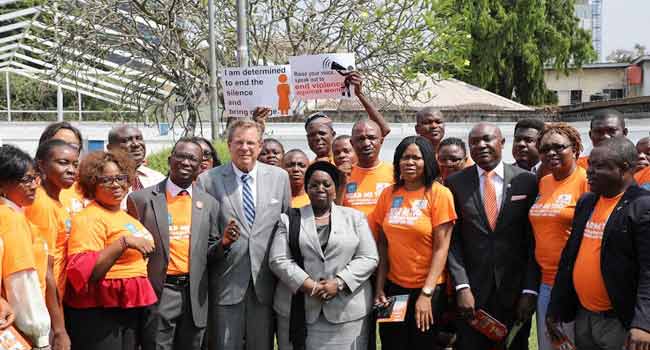 The United States Consul General, John Bray, has urged Nigerians to take a firm stand against impunity, stigma and the culture of silence which fuel violence against women and girls in the country.

Bray made the appeal on Monday while speaking at a public lecture organized by the rights group Women Arise and the United Nations Information Centre in Lagos.

He said, “Women and girls in Nigeria must join their sisters across the world in raising their voices to say that we must break the culture of silence by bringing these stories to light. It is only by such exposure that we can rapidly bring the violence against women and girls to an end.”

The U.S. envoy also called for a joint action by different stakeholders to forestall violence against women while taking legal action against offenders.

He added, “We must work together as stakeholders, in order to be proactive and curb the violence against women and girls Where we fail to prevent such violence, it also important to make those who engage in violence and abuse know that there will be no impunity for their crimes, that society is outraged by such behaviour and they will be identified, they will be denounced, prosecuted, and punished.”

The event is to mark the commencement of 16 Days of Activism Against Gender-Based Violence.

Other speakers at the event included the Deputy Governor of Lagos State, Dr Idiat Adebule; human rights activist and founder of Women Arise, Dr Joe Okei-Odumakin; among others. 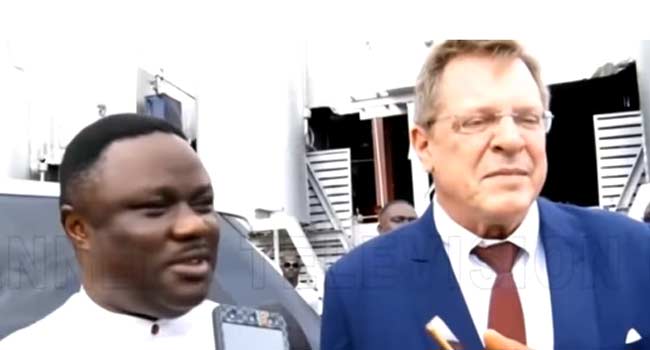 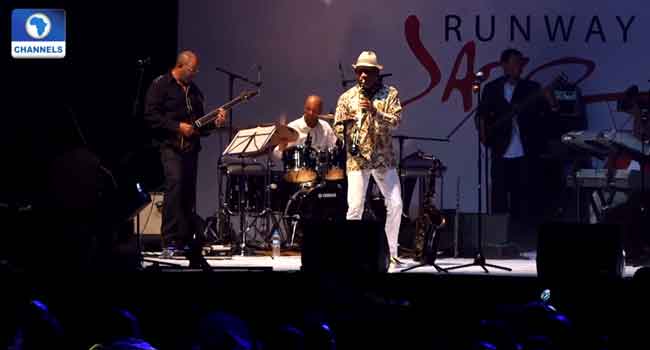 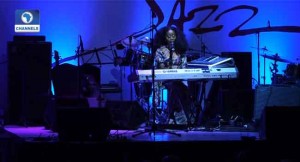 The Akwa Ibom State Governor, Udom Emmanuel says his administration will give maximum support to interested foreign investors to ensure the safety of their investment in the state.

Governor Emmanuel gave the assurance when the Consul General of the United States of America visited him at the Government House, Uyo.

Describing the state as a virgin land blessed with abundant human and natural resources yet to be harnessed, Governor Emmanuel noted that apart from the abundant oil and gas reserves, the agricultural sector presents great opportunities for profitable investment in the state.

He said that his administration is founded on accountability and transparency in line with global best practices, adding that the state has put basic infrastructure in place to support accelerated economic development.

The Consul General of the United States of America, John Bray, said that his team’s visit was aimed at identifying investment opportunities available in the state with a view to furthering the age long collaboration existing between Nigeria and his country.

He listed security, reliable infrastructure, transparency and accountability in line with global economic practices as fundamental to successful business.

Anambra State Governor, Willie Obiano, has announced a partnership with the United States in the four key areas of his development plan for the state.

The Governor made the announcement  on Saturday after a closed door meeting with the United States Consular General in Lagos, John Bray, at the Governor’s Lodge, Amawbia.

The key sectors include: Agriculture, trade and commerce, oil and gas, and industrialisation.

Governor Obiano said that waste management and education would also be taken into perspective.

He noted that another meeting had been scheduled where the two parties would study carefully the proposed details of collaboration that would accelerate the development of the state.

The Consular General commended the Governor for the increased security arrangement in the state which he said would guarantee the safety of residents and visitors.

Mr Bray also commended the impressive road network which he said could not be found in several other states.

He, however, said the visit was a fact finding one in which the information gathered would be taken home for processing.

The Inspector-General Of Police, Suleiman Abba,  has asked the United States and other international partners of Nigeria to support the Nigeria Police Force.

At a meeting with the Deputy Head of Missions of the United States, Mr John Bray, the inspector-general said the Nigeria Police will require more assistance in training and equipment, especially with the drive by the Federal Government to recruit over fifteen thousand officers to increase the manpower of the law enforcement agency.

He gave the assurances that the collaboration would be reflected in the policing of the entire country.

“That was commenced very long ago and I must say that I am not too happy with the state of things as far as community policing is concerned”, he opined.

He further noted that community policing will be one of the areas where he will be putting a lot of pressure “on the mission to ensure that it is fully resuscitated so that we benefit immensely from it”.

Mr Abba also noted that “several efforts are being made by the present government to reform the Nigeria Police so that we achieve the requirement in both. I am aware that is approval already in terms of recruiting more personnel for the Nigeria Police and this we hope will commence soon.

“Whatever we will benefit in this kind of mutual gathering, we will get it and make sure it is in the interest of every Nigerian”, he said

Mr Bray gave the assurance that the United States of America will continue to support the Nigerian Police especially in its counter-terrorism operations.

“We have done enough to work with your explosives experts in the north and we have done a lot of help with your investigative team, so we hope we can continue this cooperative relationship” he said.