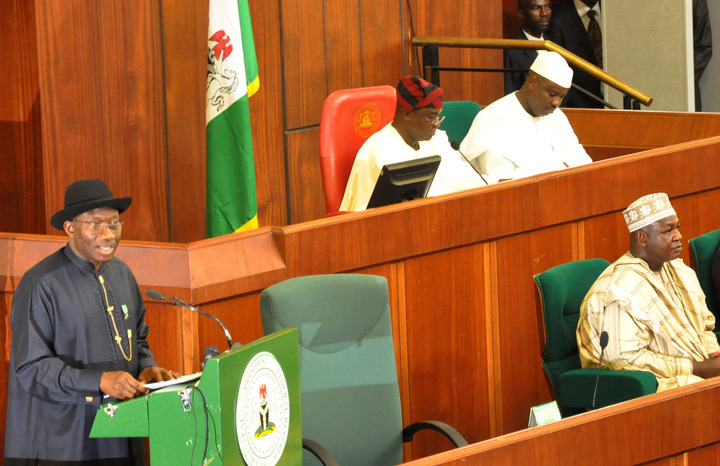 In what is a significant departure from the past, the National Assembly has passed the 2013 Budget before the end of the year with an increase from N4.92 trillion to N4.98 trillion.

This figure represents a difference of N62 billion as against the proposal presented to the National Assembly by President Goodluck Jonathan in October.

A report of the Joint Committee on Appropriation and Finance on the 2013 Appropriation Act was on Thursday considered by both chambers of the parliament and passed.

The budget is made up of N2.3 trillion as recurrent non-debt expenditure and N1.6 trillion for contribution to the development fund for capital expenditure for the year 2013.

Not giving up on the controversies over the non-implementation of the 2012 Budget, the lawmakers warned that all unutilised capital expenditure in the 2012 budget should be rolled over to form part of the 2013 Appropriation Act.

The lawmakers also retained the $79 per barrel oil benchmark price for the budget, higher than the $75 a barrel proposed by the President.


The budget is based on an assumption of  2.53 million barrels of oil production per day with an economic growth of 6.5 per cent, inflation at 9.5 per cent and an exchange rate of N160 to the dollar.

This is the first time that a budget will be presented and passed in the same year, despite the myriad of threat by members of the House of Representatives who had picked issues with the executive over the non-implementation of the 2012 budget.

With the early passage of the 2013 budget, the lawmakers urge the executive arm of government to ensure better implementation of the budget.

Dismiss Oteh or no budget for SEC

Members of the House of Representative however failed to approve the budget of the Security Exchange Commission (SEC), insisting that the Director-General of the commission, Ms Arunma Oteh must be sacked.

The national assembly took a tough stance on SEC and approved zero allocation for the commission.

Ms Oteh has been embroiled in a long-running feud with the House of Representatives after she accused members of a committee set up to probe the capital market, of soliciting bribes from the commission.

The allegation has led to the prosecution of the two members, Herman Hembe and Emeka Azubogu while the House in a unanimous motion asked the President to dismiss the SEC boss, claiming that her appointment was illegal.

The Senate Committee on Capital Market had also during the year, declared that it will have nothing to do with Ms Oteh, as long as she remains at the helm of affairs at the commission.