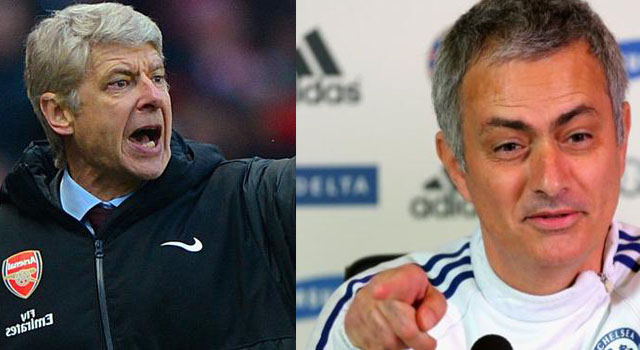 Arsene Wenger has taken a swipe at Jose Mourinho, claiming his Gunners side are historically mistreated by the fixture list.

Wenger is convinced Arsenal, who are still in three competitions, have been worst hit by the lack of recovery time between matches. He stressed that an independent study has found his club hard done by, compared to other top teams.

He said: “You look at the fixtures and you analyse it, I trust you will give an objective view and you will see that Arsenal is behind all the other teams and in the last five years all the objective studies that have been made have shown that Arsenal (have had) less rest than any other team at the top level in the top four.

“That’s fact, it’s nothing to do with my opinion, it’s an independent company that has made that and they’ve shown that Arsenal has less rest between games than any other team at the top level.”

“It’s not mind games, it’s opinions, but I don’t live with opinions, I live with facts, and the facts are not depending on me, not depending on Mourinho, just depending on objective analysers. A day is 24 hours, and you count how many hours you have rest between two games and we see that I didn’t make this study; it’s just been made with an independent company. I cannot influence that.”

The pair have aimed swipes at each in the past week after Wenger criticized Mourinho’s decision to sell Juan Mata to Manchester United as having no respect for “fairness”, and Mourinho responded by saying Wenger’s moaning is “normal because he always does.”

United have faced Chelsea twice, it’s possible Mata can take on the Blues’ title rivals on more than two occasions, a situation Wenger believes is not right during the January transfer window.

Wenger and Mourinho have shared a strained relationship since the Portuguese manager’s first stint at Stamford Bridge, and it seems not much has changed.

Arsenal are two points ahead of Chelsea heading into the next round of matches. 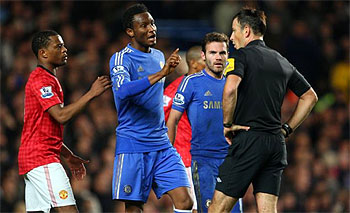 Jeff Winter; former Premier League referee on one of the thrilling events that encapsulated Sunday’s EPL clash between Chelsea and Manchester United in Stamford bridge which is the allegation of racial abuse brought against  the officiating referee Mark Clattenburg by Mikel Obi and Juan Mata during the game.

An official complaint was lodged by the West London club over the alleged use of ‘inappropriate language’ by referee Clattenburg that was directed at two of their players, Mikel Obi and Juan Mata.

It was reported by a major British newspaper that Clattenburg has been accused of making a racial slur towards Mikel and called Mata a ‘Spanish t**t’.

If the allegations are true then Clattenburg is never going to get a game to officiate ever again and rightly so, but if it is true, where does it leave the game?

It was reported that Mikel went to the referee’s dressing room to demand an apology following the match, with chief executive Ron Gourlay and manager Roberto Di Matteo.

According to the former EPL referee, Clattenburg’s position will be untenable if he’s found guilty of the offence, that “If a match official has used racial insults or language to a player then he’s for the high jump. He won’t be getting a four-match or an eight-match ban, it’ll probably be the end of his career, but that is if indeed he did say anything.”

“I feel it very unlikely that Mark Clattenburg would be allowed to referee until it’s dealt with so we certainly don’t want this going on for weeks and months.”

Talking racial abuse that has been lingering for a long while in the British football community for a while now with the recent case  between John Terry and Anton Ferdinand which has generated so much uproar, this again will run and run with so much discord. he said

To go into investigations, television pictures will be scrutinised and reports suggest that a number of players heard the alleged comments, whilst the other officials Michael McDonough, Simon Long and Michael Jones could be crucial as they were all wearing microphones during the game. 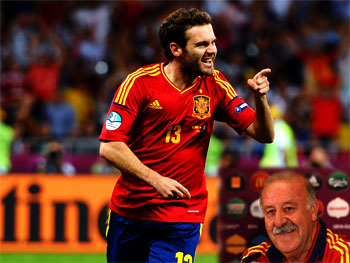 Juan Mata one of the new signings of newly crowned Champions League winner London club Chelsea has reiterated that he will do all he can get back on board the Spanish squad to take back his spot and this is following his recent relegation by Spain during the recent World Cup qualifiers.

The Chelsea Midfielder though not happy about the recent snub by Spain manager Vicente Del Bosque for games with Belarus and France said with his recent form he is meant to get a national call-up as he is bee in spectacular form for his new club.

And with this recent disappointment, Mata promised to go the extra mile in terms of improvement in his game henceforth and he won’t allow his non-call up to dampen his moral which is the only way earn a respectable call-up for national duties which is to work harder on himself.

Mata’s Chelsea team-mate, Fernando Torres, is in the squad and expressed sympathy for his plight last week, revealing the 24-year-old was feeling understandably “sad”, especially since he was a part of the history-making Euro 2012 squad.

There can be little argument with Mata’s assertion that there are plenty of top class players for Spain to choose from, as they have the likes of Xavi, Iniesta, Fabregas, Busquets, Xabi Alonso & Santi Cazorla lining up to get the midfield spots. 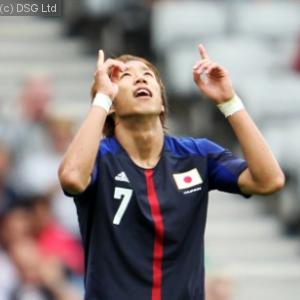 Japan recorded one of the greatest upsets in Olympic football history Thursday after stunning reigning world and European champions Spain 1-0 at Hampden Park.

A first-half goal from Yuki Otsu secured a famous victory for Japan that revived memories of their famous Olympic upset of mighty Brazil at the 1996 Games in Atlanta.

With a young side bolstered by the likes of Jordi Alba and Juan Mata, both members of Spain’s victorious Euro 2012 squad, the Spanish had been expected to collect a straightforward three points in their opening Group D game.

However despite dominating possession 65 percent to 35 percent the Spaniards were rocked back by the ferocity of Japan’s play throughout, and the Asians were well worth their victory.

Spain were left reeling on 34 minutes when Japan punished slack defending from a corner to score through Otsu.

Takahiro Ohgihara swung in an inviting corner from the right and Otsu managed to get goalside of Martin Montoya to jab a low shot past the stranded Manchester United goalkeeper David De Gea.

Japan’s players celebrated wildly and it got worse for Spain just before half-time when defender Inigo Martinez was sent off after a clumsy tangle with Kensuke Nagai.

The dismissal looked harsh but Martinez was clearly grabbing a handful of Nagai’s shirt so could have few complaints with the decision.

Japan continued to look threatening after the break and should have made the game safe in the final few minutes only for Nagai and Hotaru Yamaguchi to squander golden chances.

Nagai ought to have found the net when clean through, only for De Gea to save two minutes from time.

Then in injury time, Yamaguchi blazed high and wide with the goal at his mercy after another swift Japanese counter-attack.