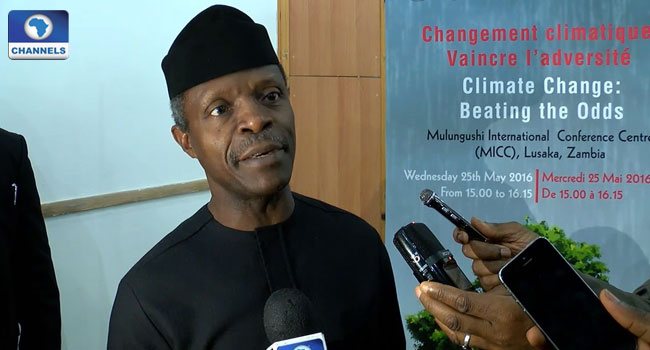 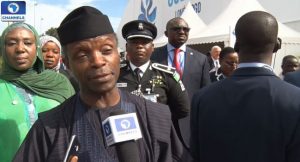 The Vice President Yemi Osinbajo has said the fight against corruption in the judiciary is aimed at safeguarding the independence of the judiciary, which is the foundation of the Nigerian policy.

According to the Vice President, the independence of the judiciary is not a favour, but the essence of any system of justice that must be protected by all players in the sector.

The VP was speaking at 2016 fellows’ lecture of the Nigerian Institute of Advanced Legal Studies.

The guest lecturer Mr. Adegboyega Awomolo advised the government to stop playing a supervisory roll over the judiciary, he insisted that the committee is an interference that should not be allowed to continue.

The VP further agreed that the executive has no reason to interfere with the judiciary, however says that the fight against corruption in the justice sector is for the good of the judiciary and the nation at large.

The event also featured the conferment of honorary fellow of the Nigerian Institute of Advance Legal Studies on the Vice-President, Justice Amina Augie of the Supreme Court, a former Director -General of the Institute Professor Amaze Gbudadia and a Senior Advocate of Nigeria, Mr. Joe Gadzama .