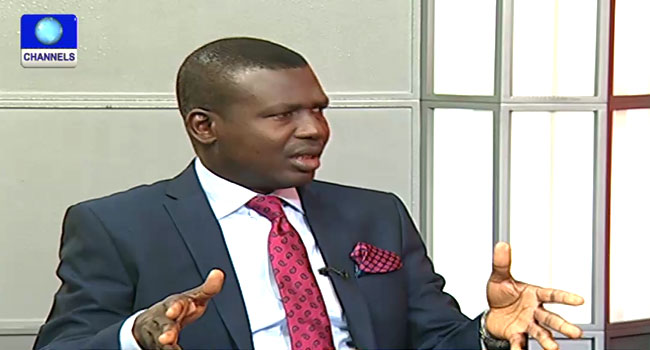 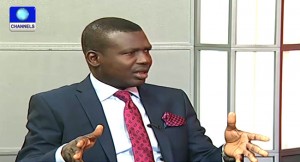 The Economic and Financial Crimes Commission (EFCC) on Thursday arraigned a prominent Lagos-based lawyer, Ebun-Olu Adegboruwa, before a Federal High Court in Lagos for illegally dealing in a landed property.

The property is said to be under an interim forfeiture order by Justice Christopher Balogun of the Lagos State High Court.

Mr Adegboruwa pleaded not guilty to the one count charge and his lawyer, Emeka Etiaba (SAN), asked the court to grant him bail on self recognizance.

The lawyer assured presiding justice, Oluremi Oguntoyinbo, that his client would neither jump bail nor interfere with the prosecution’s witnesses.

In proof of the application, Mr Etiaba also told the court that Mr Adegboruwa is a parish pastor of the Redeemed Christian Church, Lekki branch who also fights for the downtrodden.

In his ruling on the application, Justice Oguntoyinbo admitted that he was reluctant to grant Mr Adegboruwa bail on self-recognizance.

Instead, the judge granted him bail in the sum of N10m with two sureties in like sum.

The judge said the sureties must have landed properties in Lagos with bank accounts, office and residential addresses which must be verified by the court’s registrar.

Before the bail conditions are perfected, Justice Oguntoyinbo ordered that Mr Adegboruwa be remanded in the custody of the EFCC.

She then adjourned till the 13th of June for commencement of trial.

Adegboruwa was arraigned on a one count charge alongside one Jonathan Udeagbala.

In the charge marked, FHC/L/181c/2016, presented before the court by its prosecutor, Idris Abdullahi, the EFCC claimed that Adegboruwa and Udeagbala dealt in a property “lying, being and situate at House 105, Nicon Estate, Lekki, Lagos,” without the authorisation of the EFCC.

According to the anti-graft agency, the said property was a subject of litigation before Justice Christopher Balogun of the Lagos State High Court.

The EFCC claimed that on August 13, 2013, Adegboruwa and Udeagbala dealt with the property, in defiance of the order.

The defendants were accused of leasing the property to one Shelf Drilling Nigeria Limited in the sum of N61.6 million, which the EFCC claimed was credited into Adegboruwa’s account with Zenith Bank.

The prosecutor claimed that Adegboruwa and Udeagbala committed an offence punishable under Section 32(1) of the Economic and Financial Crimes Commission (Establishment) Act 2004. 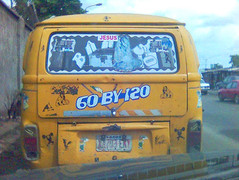 It was drama at the Lagos High Court Igborsere on Tuesday when the father of Quadri Kasali a commercial bus driver charged with attempted murder of Justice Ebenezer Adebajo interrupted proceedings, lying flat on the floor and pled with presiding Judge, Justice Christopher Balogun.

Wailing heavily, the father appealed to the Judge to have mercy on his son, who has been standing trial for trying to run down Justice Adebajo on Moloney Street, Lagos Island, during a traffic brawl in 2012.

The judge directed an orderly to lead the father out of the court.

At the resumed hearing, defense counsel, Mr Oludare Falana, asked the court for an adjournment saying he just filed an application to quash the charge against the defendant.

The prosecution counsel, Mr Femi Adamson however told the court that he already had his witnesses in court and would like to continue.

Under cross examination, the first prosecution witness, Mr Adedayo Akinseye, personal assistant to Justice Adebajo, said he was in the car with the judge when the commercial bus driven by Qadri blocked traffic at Moloney Street, and the driver dared the cars behind him to fly.

However when the defense counsel asked him if he saw what had transpired between the Judge and the commercial bus driver, he replied that he did not.

The second witness, a commercial motorcyclist Sherif Amao claimed he saw the commercial bus hit the Judge and run away.

Justice Balogun adjourned to June 26 for the continuation of hearing. 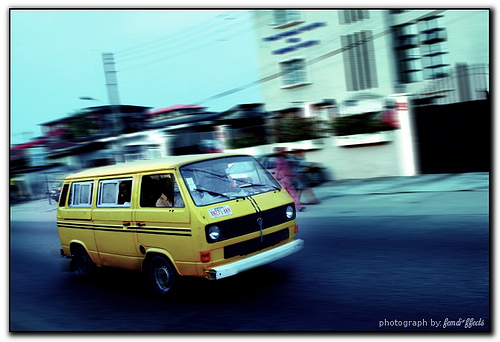 Justice Christopher Balogun of the Lagos High Court sitting in Igbosere, Lagos island, has adjourned till the 30th of May, trial in the attempted murder charge against a commercial bus driver, Quadri Kasali, who was alleged to have hit a High Court judge, Justice Ebenezer Adebajo with his vehicle.

The case was adjourned owing to the absence of Kasali’s lawyer, Oludare Falana from the law firm of Falana and Falana.

It would be recalled that the court had earlier adjourned for ruling on the bail application filed by the defendant and hearing of the substantive trial.

33-year old Kasali, a Danfo driver was first arraigned at the Magistrate Court in Tinubu area of Lagos Island on the 9th of March 2012 for the attempted murder of Justice Adebajo.

He pleaded not guilty to the charge.

The defendant was denied bail by Chief Magistrate M.A Ladipo who had ordered his remand in prison.

The driver has been in prison for over a year now with trial yet to commence in his case.

According to the charge made against him by the Lagos State government, the defendant was said to have been driving a commercial bus with registration number XA 242 KLK at Moloney Street, Lagos Island at 2.20 p.m where he obstructed other road users.

He was however challenged by Justice Adebajo and was alleged to have hit the judge’s car three times.

The state government says that the offences contravened Section 228 of Criminal Code Laws of Lagos State 2011.

In opposing the motion, however, prosecuting counsel, Chief Adegboyega Awomolo (SAN), urged the court to dismiss the application, saying it was a calculated attempt by the co-accused to waste the precious time of the court.