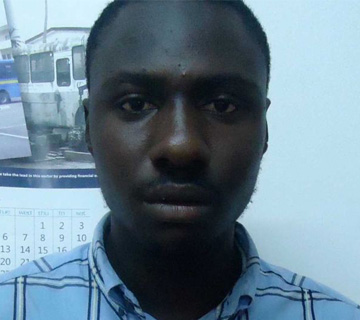 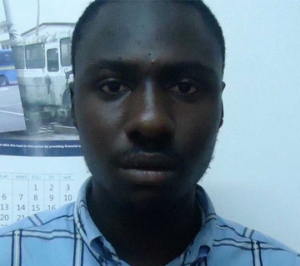 Justice Kudirat Jose of a Lagos High Court, has convicted and sentenced Promise Ntuen Ekemini to one year imprisonment for fraud.

Ekemini was convicted for hijacking the e-mail of a lawful owner of a property, located in Western Australia, valued at $800,000 (Eight Hundred Thousand United States Dollars), and attempted to sell the property.

He was arraigned in April, 2014 on a five-count charge bordering on conspiracy to defraud, attempt to obtain money by false pretences and forgery.

Justice Jose found him guilty of all the charges and convicted him. His sentence is to run from the day of his arraignment.

Ekemini got into trouble by impersonating Brian Roderick Daniel, owner of a property located at No. 143, Sprinaway Parade, Falcon, Western Australia and offering his property to buyers on the internet without the consent of the owner.

The Australian Police alerted the Economic and Financial Crimes Commission, EFCC, to monitor a controlled delivery of some documents related to the transactions to Ekemini.

The convicted fraudster was arrested at the point of collection of the documents. 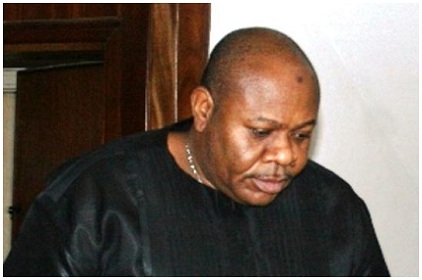 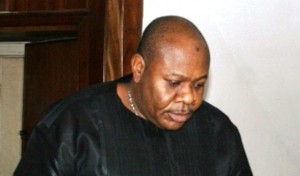 Alleged serial fraudster, Fred Ajudua on Friday lost his bid to stop his trial by the Economic and Financial Crimes Commission (EFCC) in Nigeria over allegations of defrauding a former Chief of Army Staff, Lt. General Ishaya Bamaiyi of about $8.39 million between November 2004 and June 2005.

The Lagos Division of the Court of Appeal on Friday dismissed Ajudua’s application challenging the competence of the charge and the jurisdiction of the Lagos High Court.

Ajudua, who was arraigned before Justice Atinuke Ipaye of the Lagos High Court on a 14-count charge that borders on obtaining by false pretence, had filed notice of preliminary objection in which he stated that the proof of evidence did not disclose any case against him. Justice Ipaye dismissed the Objection.

Dissatisfied, Ajudua subsequently appealed against the decision of the trial court.

At the hearing of the appeal he filed against the ruling of the Lagos State High Court dismissing his application asking the court to decline jurisdiction to entertain the charge, Ajudua contended that the lower court erred in law when it held that he could be tried under the repealed Advance Fee Fraud and Other Related Offences Act, 1995.

Ajudua’s counsel, Olalekan Ojo, submitted in the Appellant’s Brief of Argument and Appellant’s Reply Brief of Argument dated May 13 and June 11 respectively, that at the time Bamaiyi petitioned the EFCC over the alleged offence in 2006, the law upon which the 14-count charge was framed was no longer in existence.

Maintaining that the proof of evidence did not support the charge, Ojo said: “The information as constituted at the lower court is procedurally and substantively incompetent”.

But in a unanimous ruling on Friday the Court of Appeal affirmed the decision of the trial court that the charge was competent.

Ajudua, who is a lawyer, is alleged to have fraudulently collected a total sum of $8.39 million from General Bamaiyi(Rtd) in instalments, by falsely claiming that the payments represented the professional fees charged by Chief Afe Babatola, to handle Bamaiyi’s case in court and to facilitate his release from prison.

Further hearing in the case is suspended till September 24, pending the outcome of Friday’s ruling by the Court of Appeal. 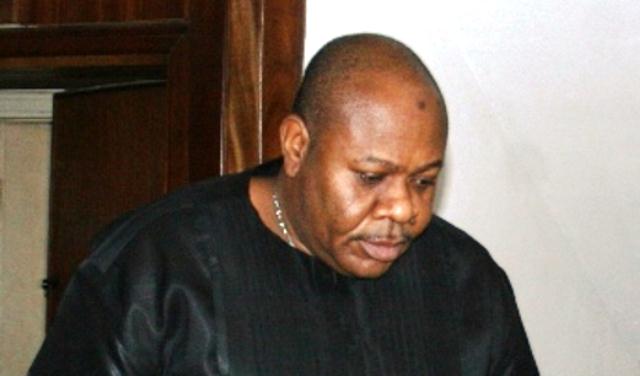 The trial of Fred Ajudua on charges of defrauding two Dutch businessmen of 1.69 million dollars could not proceed on Monday at the Lagos High court, Ikeja owing to the absence of the prosecution witness.

The Economic and Financial Crimes Commission, EFCC who is prosecuting the case told Presiding Justice Kudirat Jose that some of its witnesses who reside abroad where not in the country because the commission was unsure of how the matter would proceed.

Counsel to the EFCC, Wemimo Ogunde (SAN) informed the court that the defense counsel, Mr Olalekan Ojo had last week Friday, the 25th of April, served the commission with a process for a stay of proceedings.

He said that based on the incident, the EFCC could not extend an invitation to the witnesses to travel down to Nigeria even though the defense team later called to say that the process was served in error.

Mr Ogunde also told the court that the commission was been careful in extending invitation to witnesses because a similar incident had occurred in the past when the witnesses came but the matter did not proceed.

He subsequently asked for a 21 day period to enable the EFCC get the witnesses to attend the trial.

The defense counsel, Mr Olalekan Ojo however opposed the request for a 21 day adjournment, saying that the period was too long to get a witness from abroad.

Mr Ojo also said that it would be wrong for the court to grant such a long adjournment when his client has been refused bail.

He further submitted that the fact that his chamber mistakenly served the EFCC with a wrong process was not enough excuse for the commission not to bring its witnesses to the court.

Justice Jose however overruled the argument and adjourned the matter till May 23 for trial.

Ajudua and one Charles Okorie were earlier arraigned before Justice Joseph Oyewole in July 24, 2003 for allegedly defrauding Messrs Remy Cina and Pierre Vijgen between July 30, 1999 and Feb.9, 2000.

The matter was however stalled for almost 10 years as the defendants failed to attend their trial.

The duo was however re-arraigned last month before Justice Kudirat Jose on the same allegations.

At the re arraignment, the EFCC alleged that the defendants conspired to commit the offences between July 30, 1999 and Feb.9, 2000.

The commission also noted that the defendants deceived the victims that the money was for sundry payments to various government officials.

The EFCC further alleged that the defendants claimed that the payments would help them to facilitate a contract worth 18 million dollars on behalf of the complainants.

The offences according to the anti- graft agency contravene Sections 1(a) and (b) of the Advance Fee Fraud Act of 1995 as amended by Decree No. 62 of 1999.