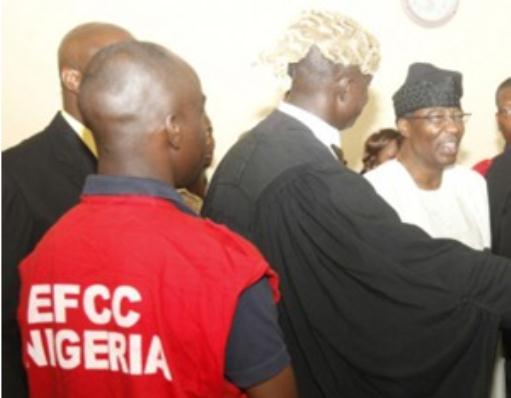 The Ogun State High Court has fixed April 3 and 4 for the commencement  of trial of the case brought against the former governor of the state, Gbenga Daniel by the Economic And Financial Crimes Commission, EFCC, over allegations of financial impropriety.

This decision, according to the presiding judge, Justice Olanrewaju Mabekoje, is to allow parties in the case to prepare for the commencement of trial after a long lull, occasioned by the defendant going to the appellate court sitting in Ibadan, the Oyo State capital to seek for the quashing of count 1 to 13 of the 28 count charge preferred against him.

It will be recalled that the Appeal Court sitting in Ibadan has ruled over the 13 count charge bothering on illegal conversion of some state landed property by the former governor, saying he had a case to answer.

The case was adjourned in November 2013, when counsel to Daniel, Mrs Titilola Akinlawon, pleaded for an adjournment to a date exceeding January 28, 2014, when the judgment would have been given in respect of the appeal. 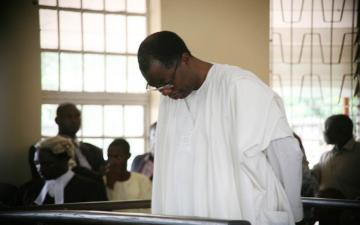 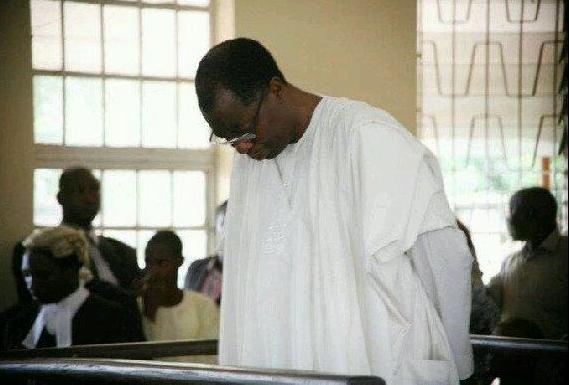 The absence of the counsel to the Economic and Financial Crimes Commission (EFCC),  Rotimi Jacobs  in court on Monday stalled the resumption of the trial of the former governor of Ogun State, Gbenga Daniel.

The former governor is currently standing trial before Justice Olanrewaju Mabekoje of an Ogun State High Court on a 38-count of alleged stealing, false declaration of assets and fraudulent conversion of lands leveled against him by the EFCC.

Justice Mabekoje had on June 29, 2012, adjourned the case to today for continuation of hearing following the inability of the EFCC to produce two other witnesses.

At the resumed trial, Tayo Olukotun, one of the prosecution counsels informed the court that Mr Jacobs was “unavoidably absent”.

He  told the court that the defense counsel had a prior knowledge of the development.

Olukotun therefore prayed the court to adjourn the case till Thursday, 12 July 2012.

Mrs. Titilola Akinlawon (SAN), a defense counsel, confirmed foreknowledge of Rotimi’s absence, explaining that it was on personal and professional ground.

Akinlawon who did not oppose the adjournment, however, opined that the prosecution ought to have informed the court before today in line with best legal practices.

The presiding judge thereafter adjourned the case till July 12th 2012 for commencement of hearing on the case. 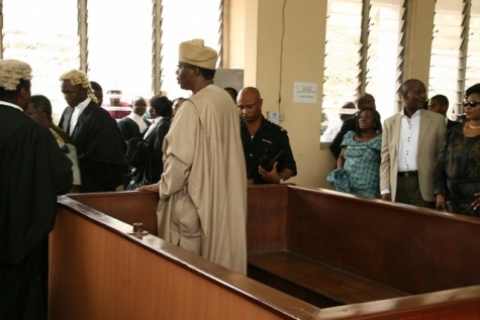 The former governor is facing a 38 count charge of financial impropriety levelled against him by the Economic and Financial Crimes Commission (EFCC).

At the resumed hearing of the case at the Ogun state High Court, the witness told the presiding judge, Justice Olanrewaju Mabekoje that his failure to appear in court at the last sitting was due to illness.

When counsel to the former governor Prof Taiwo Osipitan(SAN), tried to cross examine the witness on alleged threats to his life, an allegation made by the EFCC at the last sitting, counsel to the anti-graft agency, Mr Rotimi Jacobs vigorously opposed the line of questioning.

Justice Mabekoje had to intervene by ordering that a formal complaint should be made at the Ibara police station in Abeokuta and after investigations, the police were to make their findings available to the court.

While answering further questions on the two statements of accounts of Blue Chapel LTD, a company owned by the former governor, the witness agreed with the defence counsel that there were ambiguities in the transactions listed in the two exhibits before the court.

He however clarified after the court’s ruling that there were some pages missing in one of the exhibits while the other was a fuller compilation of the transactions of the company.

The witness was discharged and Justice Mabekoje adjourned to the 9th of July after the EFCC informed the court that the next sets of witnesses were not in court to testify.