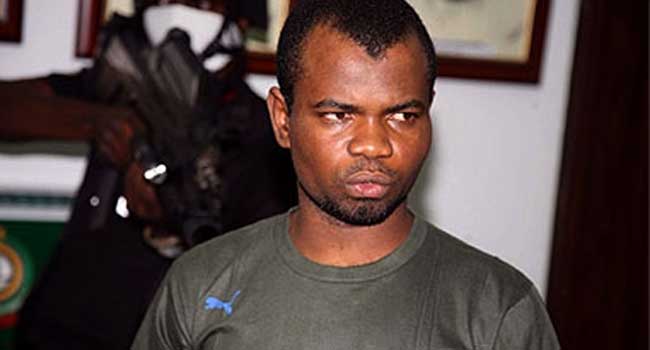 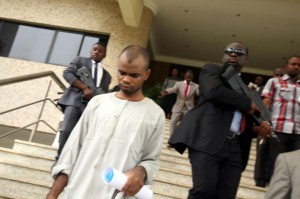 A convicted member of the Boko Haram sect, Kabiru Umar (also known as Kabiru Sokoto) has accused agents of the federal government of frustrating his efforts to appeal his conviction and sentence.

Mr Kabiru Sokoto was sentenced on December 20, 2013 to life imprisonment by Justice Adeniyi Ademola of the Federal High Court, Abuja in connection with the 2011 Christmas Day bomb blast that killed about 44 persons and wounded 75 others at St. Theresa’s Catholic Church in Madalla, Niger State.

In his judgment, Justice Ademola held that he was satisfied that the federal government successfully established the culpability of the convict beyond every reasonable doubt, noting that Umar had in two earlier separate confessional statements, admitted that he had prior knowledge of the attack.

The judge noted that Kabiru Sokoto never showed any remorse for his actions throughout the trial, as he described him (Sokoto) as “a pathological liar with no regards for the truth”.

Dissatisfied with the judgment, Sokoto filed a notice of appeal before the Court of Appeal, Abuja.

In a fresh motion on notice filed before the Federal High Court, Abuja by his lawyer, Sheriff Okoh, Kabiru Sokoto alleges that the Comptroller of Prisons and his men have made it impossible for him to access his lawyer, to enable him perfect his appeal process.

No date has been fixed for the hearing of the motion. 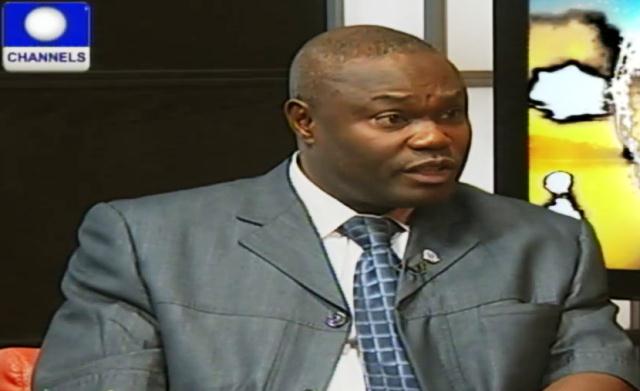 A Political Scientist at the University of Lagos, UNILAG, Dele Ashiru, has attributed the state of insecurity in Nigeria to a failure of leadership, occasioned by the nature of Nigerian politics.

He also extended the purported leadership deficiency to the military forces which he accused of fighting terrorism without a strategy. Ashiru was Channels Television’s guest on Sunrise Daily.

He asked, “Which people? The disillusioned people? The people who are on a daily basis being challenged by the failure of Government at all levels?”

“Boko Haram didn’t start as a terrorist organization; it became a terrorist group after the killing of Mohammed Yusuf. Until as we speak, the military captured Mohammed Yusuf alive, handed him over to the Police – if I’m correct, and between that space of two minutes, the guy was gone” he said, while explaining his earlier statement, “we must address the issue of justice.”

He noted that there cannot be peace without justice, irrespective of what the challenges facing the country were. He explained, “Whether you talk about militancy, agitation, or terrorism; at the root of all of these is the question of justice. There is injustice everywhere.”

He insisted that “Those who were extra judicially killed for whatever idea they profess deserve some form of justice and you need to also increase intelligence gathering.”

He continued, “Some people have been named; senators, governors – Kabiru Umar, was arrested in a government lodge in Abuja; Zakari Biu (Commissioner of Police who was dismissed for  engineering the jailbreak of Kabiru Sokoto). There is some kind of unholy alliance between some characters within the Nigerian state.”

On the role of the people in the fight against terrorism, he enthused, “the people can help only if they are sure that they have a leadership that can protect them in all ramifications.” 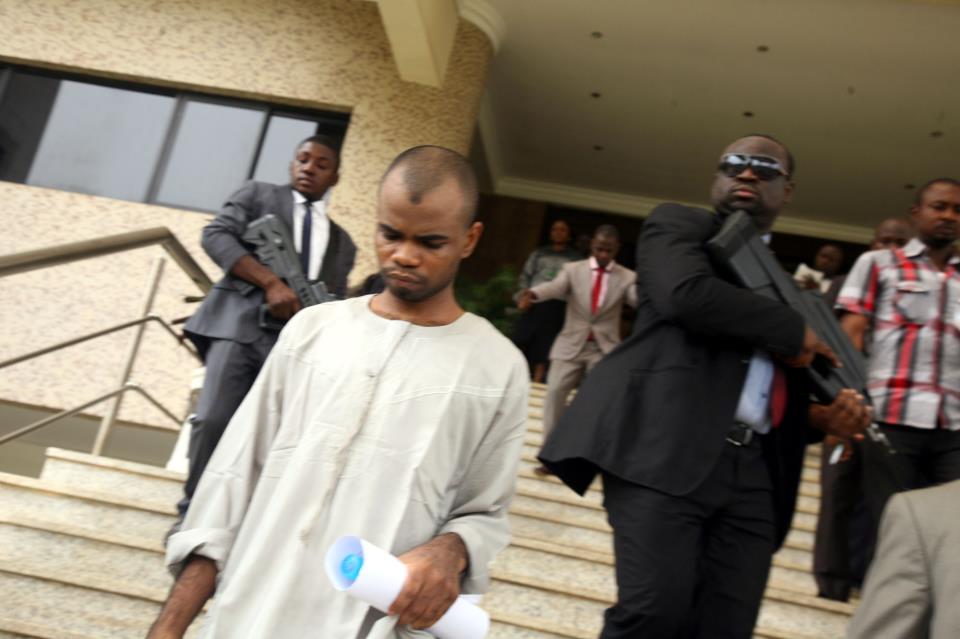 A Federal High Court sitting in Abuja, has sentenced the mastermind of the 2011 Christmas day bombing, in Niger State, Kabiru Umar also known as Kabiru Sokoto to life imprisonment.

The incident which left 44 people dead happened at the St. Theresa’s Catholic Church, Madalla, Niger State when a car packed with explosives rammed into the gates of the church.

Aside the allegation that he trained over 500 men on how to manufacture and detonate improvised explosive devices (IEDs), the Federal Government said that he had prior knowledge that the sect planned to bomb the church on Christmas day but failed to disclose it to any law enforcement officer as soon as reasonably practicable.

He was said to have between 2007 and 2012, at Mabira Sokoto, Sokoto State, facilitated the commission of terrorist acts, including planting bombs at Police Headquarters and some government organisations in the state.

Though he was previously arrested by the Police in Abuja on January 14, 2012, he was, however, declared missing two days later.


Counsel to Kabiru Sokoto, Sherif Okoh has however expressed reservations over the court ruling.

Speaking to Channels Television after the judgment, Sherif said: “Most of the statements that he (presiding judge) called confessional, we intend to go to the Court of Appeal and sort those things out, given the fact that our arguments on law were very clear with respect to those documents.

“For instance, the witnesses that were vital, especially the one that he (the judge) referred to as Kabiru Sokoto’s boy, did not for one day appear before this honourable court. Then the statement was dated the 19th day of November 2011, whereas he was arrested on the 20th day of November 2011. That means even before he was arrested, the statement was there waiting for him.”

He also alleged that signatures were forged in some of the documents provided in court, which indicted his client, Kabiru Sokoto.

The Police Service Commission (PSC) on Wednesday announced the dismissal of Zakari Biu from the police force. Mr Biu was a commissioner of police.
The dismissed Police Commissioner was in charge of the anti-terrorism squad from whose custody the suspected mastermind of the Christmas day bombing of Saint Theresa Catholic Church, Madala, Niger State, Kabiru Sokoto escaped. 42 people were confirmed dead as a result of the bomb blast.

The decision to fire Mr Biu was taken at the meeting of the PSC which was held in Abuja on Wednesday and presided over by the Chairman of the Commission, Parry B.O. Osayande.

In a statement released after the meeting and signed by Ferdinand U. Ekpe on behalf of the Commission’s Chairman, Mr Biu was sacked as “a result of his culpability in the escape of Sokoto.”