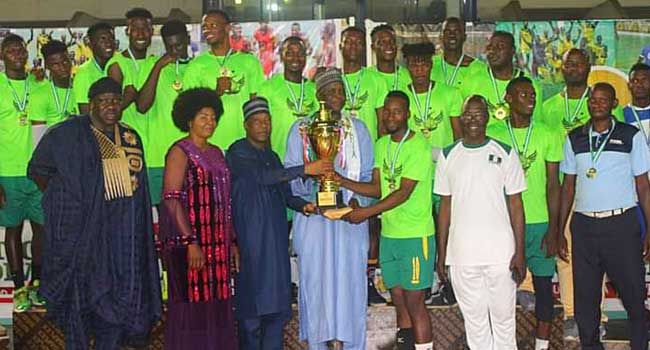 Kada Kings from Kaduna state and Kwara United VC  have emerged champions of the category of the National Volleyball Division One League.

The 2021 National Division 1 League played at the indoor of the package B of the Moshood Abiola National Stadium in Abuja came to a thrilling conclusion with Kwara United ending the unbeaten run of Kada Kings.

A total of 10 teams are participating in the league, eight male teams and two female teams.

“Kudos to Kwara United the really fought well to win the game, this is the only one match we lost in the league with that we are still the winner,” he said.

“My boys did well in all their matches, now we need to start preparing for the premier league immediately.”

Meanwhile, the coach of Kwara United VC, Adewale Gbadamosi is proud with his team’s performance and relishing the victory.

“People have been calling Kada Kings unbearable so we wanted to prove them wrong by defeating them which is what we did.

“My boys were determined to win this match and they did. We camp for one month training morning and evening; my players were fit for the league.

“We will go back home and fortify the team with two to three players ahead of the premier league next year,” Gbadamosi said. 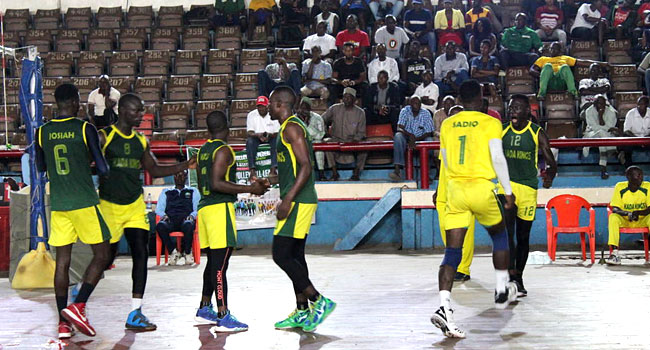 Kada Kings and COAS Spikers have recorded their first wins at the ongoing National Volleyball League Division One in Bauchi.

Speaking after the game, head coach of Kada Kings, Sani Mohammed said the coaching crew had to re-strategise against Niger Brass to get the desired result.

Mohammed confirmed that losing to Nigeria Correction Boys was disastrous but had positive lessons.

“Our first match was unfortunate because the team that defeated us is not up to the standard of Niger Brass but we lost.

“The team drew a new strategy and came out fully to face Niger Brass. During the training session in the morning, the coaching crew motivated the boys and you can see the result against Niger Brass; we also noticed the weak points of our opponent and capitalised on it”.