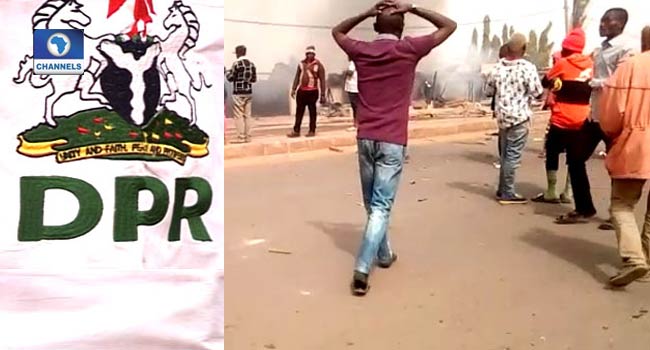 The Department of Petroleum Resources (DPR) on Sunday vowed to commence a total clampdown on illegal and roadside liquefied Petroleum Gas retail dealers in Kaduna State.

This follows a tragic explosion that occurred on Saturday at the Sabon Tasha in Chikun Local Government Area of the state, a few kilometres away from the Kaduna refinery.

The Zonal operations controller of the agency, Isa Tafida, made this vow while speaking with journalists during an assessment tour of the gas explosion scene.

According to him, the clampdown is part of the measures to mitigate the future occurrence of a gas plant explosion in the state.

Tafida noted that the illegal gas retail outlets pose a great security risk to residents, hence he vowed that his agency will use every constitutional means to stop their activities.

Three persons including a professor and two others were recorded dead from the explosion on Saturday.

The death toll, however, increased to six, on Sunday.