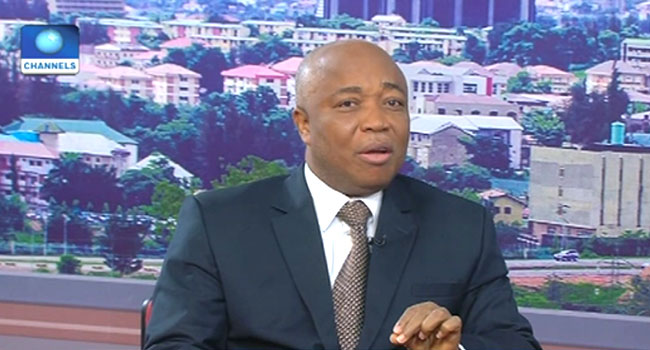 This followed a viral video showing an NSCDC official barring the judge from gaining entry into the court premises to deliver judgement.

Reacting during his appearing on Channels Television’s Sunrise Daily, Ananaba described the action of the security officer as unacceptable.

He explained that Justice Karatu, by virtue of her position, was the head and wondered why she should be barred from the court premises.

“How can you lock a court premise? Is it a public holiday under the Public Holidays Act?” he asked.

The senior advocate added, “I thought that an agency like the Civil Defence should have come to apologise not just to the judge, much more to the judiciary and the legal profession.

“I think what has happened based on the response of the Civil Defence is not acceptable. The Chief Judge of any state or the Federation is the head of the court.”

In the video which went viral recently, the NSCDC official informed Justice Karatu and her security aide — a police officer — that he was instructed to bar her from gaining access to the courtroom.

The judge was said to be due to retire on July 5 and had gone to the court on July 4 to deliver her last judgement when the incident occurred.

She had reportedly written a petition to the National Judicial Council (NJC), decrying her non-confirmation based on her religion.

But Ananaba said the issue should be taken far from the judge’s petition and the response she got.

He stressed the need for security operatives to show restraint when attempting to resolve civil issues.

“I think security agencies particularly the Civil Defence should know when to apologise when to get to where their limits are,” Ananaba said.