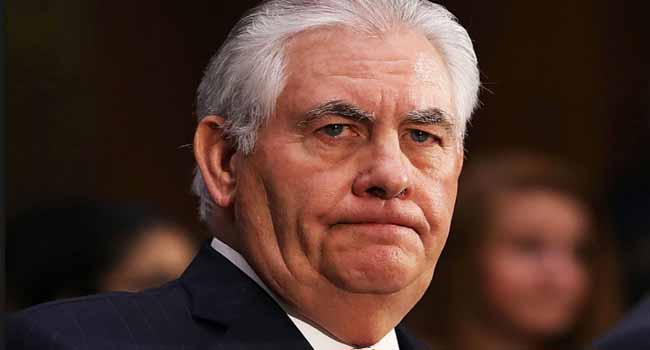 The Group of seven industrialised nations (G7) Foreign Ministers, are working towards a common position on the Syrian conflict, before the U.S. Secretary of State, Mr Rex Tillerson, flies to Russia to persuade Moscow to abandon its Syrian ally.

Mr Tillerson is also scheduled to meet officials from the allied Middle Eastern countries before heading to Moscow.

The U.K has suggested threatening tightly-focused sanctions on Russian and Syrian military officers following the latest apparent use of chemical weapons in Syria.

Syria however, denies it carried out the chemical attack on the rebel-held town of khan Sheikhoun that left 89 people dead last week.

In response to the attack, the U.S said it destroyed a fifth of the Syrian operational aircraft in an air strike on the Shayrat airbase.

United States President, Donald Trump, said the killing of dozens of civilians in northern Syria in an apparent chemical weapons attack is an “Affront to humanity”.

According to UK-based monitoring group, the Syrian observatory for human rights, out of 86 people killed in the chemical incident in Khan Sheikhoun, Idlib province, 30 of them are children.

The US President, however, did not mention Russia, Syria’s ally, which says chemical weapons in rebel hands may have been released.

But America’s envoy to the United Nations (UN) accused Russia of covering up for Damascus.