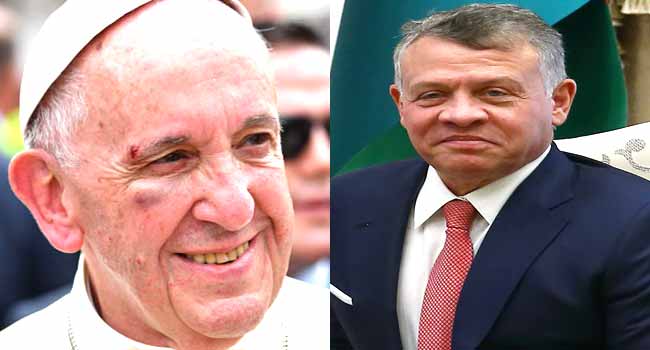 Pope Francis will meet Jordan’s King Abdullah II at the Vatican next week, the Holy See announced Friday, as Palestinians continue to clash with Israeli forces over US President Donald Trump’s decision to recognise Jerusalem as Israel’s capital.

Demonstrations and violence broke out across the Palestinian territories for the second Friday in a row after the end of weekly Muslim prayers.

Two Palestinians were shot and killed by Israeli forces in clashes along the Gaza-Israel border, the Palestinian health ministry said.

The pope and King Abdullah, the custodian of the Muslim holy sites in Jerusalem’s Old City, are likely to discuss the situation, though the Vatican never indicates topics of discussion for such meetings in advance.

On Sunday the pope called for “respect of the status quo” in Jerusalem and warned against “a new spiral of violence”.

Abdullah has denounced the Jerusalem announcement as “a violation of international rights”.

Jerusalem, which contains sites considered sacred by Christians, Jews and Muslims, is of huge importance to both Israel and the Palestinians.

Trump’s recognition of Jerusalem as the Israeli capital, and his plans to move the US embassy there from Tel Aviv, effectively ignores Palestinian claims on the city and has led to widespread criticism and protest, particularly in the Arab world.

Israeli sovereignty over Jerusalem has never been recognised internationally, and all countries maintain their embassies in Tel Aviv.

The UN has long maintained that the only way to forge peace is to have two states — Israel and Palestine — with Jerusalem as the capital of both and the borders returned to their status before the 1967 Arab-Israeli War.

East Jerusalem was annexed by Israel after the war, but before Trump’s announcement it had not been internationally recognised as part of Israel. 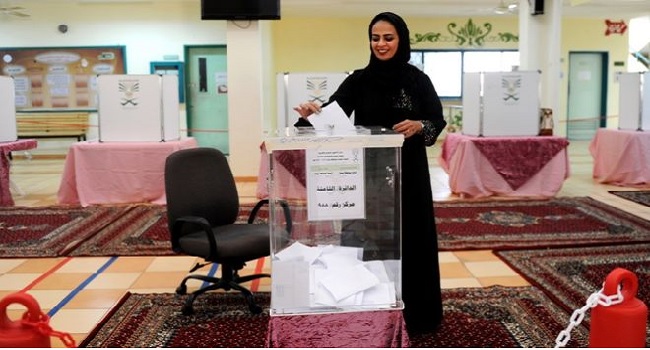 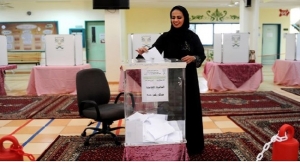 For the first time in Saudi Arabia, a woman has won an election after the kingdom lifted its ban on women’s participation in politics and polls.

Reports also suggested that women have also won in several other regions in the country, including Jeddah and Qatif.

It was the first election where women were allowed to vote and stand as candidates, and is being viewed as a landmark in the conservative kingdom.

However, women in Saudi Arabia still face other public restrictions including driving.

Officials said that a total of 978 women registered as candidates, alongside 5,938 men.

About 130,000 women had registered to vote in Saturday’s poll, compared with 1.35 million men.

Female candidates were also not allowed to address male voters directly during campaigning.

The decision to allow women to take part was taken by the late King Abdullah and is seen as a key part of his legacy.

In announcing the reforms, King Abdullah said women in Saudi Arabia “have demonstrated positions that expressed correct opinions and advice”.

Before he died in January, he appointed 30 women to the country’s top advisory Shura Council.

There were 2,100 council seats available in Saturday’s vote. An additional 1,050 seats were appointed with approval from the king. 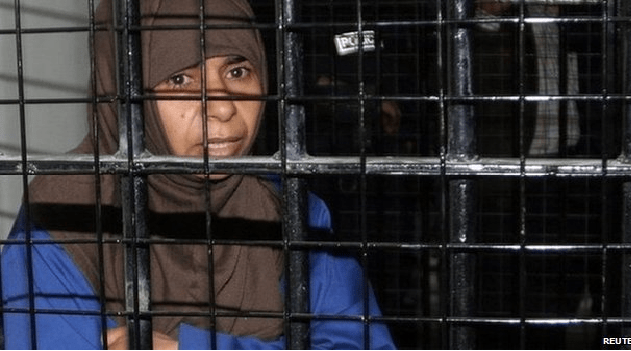 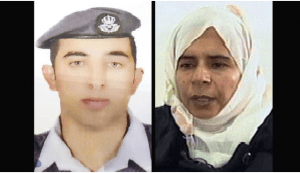 Jordan executed two Iraqis on Wednesday, including a female jihadist, hours after IS posted a video showing one of its air force pilots – Moaz al-Kasasbeh – being burned alive.

The woman, a failed suicide bomber, Sajida al-Rishawi and an al-Qaeda operative, were hanged at dawn.

Islamic State militants had demanded the release of Sajida al-Rishawi, in exchange for a Jordanian pilot, before the video was posted online.

Jordan had promised an “earth-shaking response” to the killing of its pilot, Moaz al-Kasasbeh.

Authorities also executed a senior al Qaeda prisoner, an Iraqi man who was sentenced to death in 2008 for killing a Jordanian.

The fate of Kasasbeh, a member of a large tribe that forms the backbone of support for the country’s Hashemite monarchy, had gripped Jordan for weeks and some Jordanians had criticised King Abdullah for embroiling them in the U.S. led war that they say will provoke a militant backlash.

The prisoners were executed in Swaqa prison, a large facility 70 km (45 miles) south of the capital, Amman, just before dawn.

Rishawi, in her mid-forties, was sentenced to death for her role in a 2005 suicide bomb attack that killed 60 people. It was the worst Islamist suicide attack in Jordan’s history.

Scores of Jordanians, infuriated by Kasasbeh’s killing, gathered at midnight in a main square in the capital calling for revenge and her quick execution.

Jordan said on Tuesday that  the pilot had been killed a month ago. Disclosing that information appeared to be an attempt to counter domestic criticism that the government could have done more to strike a deal with Islamic State to save him.

In Karak, Kasasbeh’s hometown in Southern Jordan, dozens of protesters had attacked a government building late on Tuesday, blaming the authorities for failing to do enough to save him. 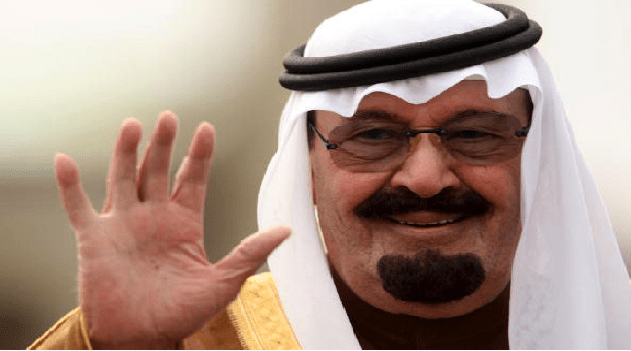 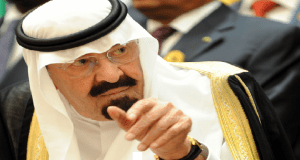