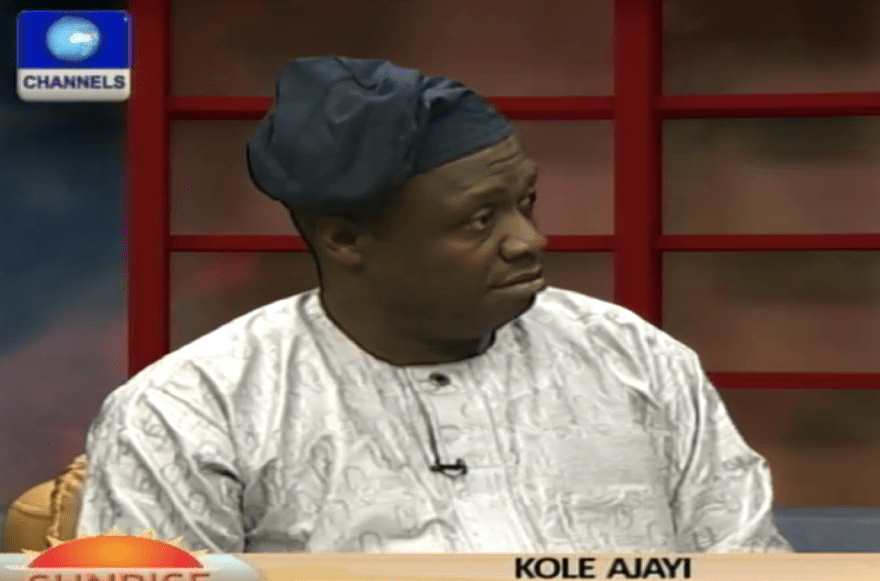 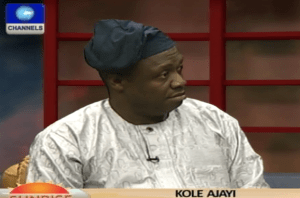 The Governorship Candidate of Accord in Ekiti State, Kole Ajayi, on Saturday, accused the candidates of the Peoples’ Democratic Party, All Progressives Congress and Labour Party of being responsible for the political unrest in Ekiti State.

Speaking on Sunrise, he insisted that the acts of violence recorded in the state were as a result of the discord between the three candidates who he insisted were on an “ego trip.”

He however commended the Independent National Electoral Commission, INEC and other organisers of the elections including the Commissioner of Police, Director of the SSS for doing a good job of enlightening the political parties on their activities toward the governorship election which will hold in June.

The agencies, he said, had been holding regular meetings with all the political parties where they gave account of their activities concerning the elections, voter registration, eligible voters and security strategies put in place as well as “their fear on the recurring violence, that is being recorded among the three parties fighting,”

Mr Ajayi noted that the Accord was not among the quarreling parties as their belief is that “Ekiti should be in one accord, so we are for peace. It’s not supposed to be a do-or-die affair.”

He stated that the three parties are peaceful in nature but “the problem we have, if you trace it historically, you realise that it’s an ego problem. It’s a personality problem among the three candidates of APC, PDP and Labour.

He insisted that all three candidates were on an “ego trip” and wanted to get revenge for past betrayals. “Everybody is on a vengeance mission, so that is the problem we are having in Ekiti.”

He went further to say that peace would be restored to the State if all three candidates are changed.

Meanwhile, the Special Adviser, Legislative and Allied Matters to Ekiti State Governor, Oladapo Karounwi, disagreed with the governorship aspirant saying “the context is all about issues. It has nothing to do with persons because we have various political parties fielding different candidates for this election.”

He further debunked claims that the Ekiti election was a three-horse race but stated that other political parties in the race were “just there to make names.”

He stressed that the Labour Party did not have any history of winning elections in the State, while the PDP and APC had been in power for 7 and a half years each. He went further to state that the PDP had produced 7 governors in those years while former governor Fayose succeeded in having three deputy governors, three speakers, three Chief Judges, while he was in office.

On the flip side, “the 7 and half years of our party has recorded tremendous and remarkable peace in Ekiti,” he said, maintaining that the citizens would have to choose between two orientations.

On his part, the Chairman, House of Assembly Service Commission, Ekiti State, Femi George-Ojo, said Mr Ajayi had exaggerated the level of violence in the state. “There are some minor skirmishes here and there,” he said, adding that the Accord was an unknown party.