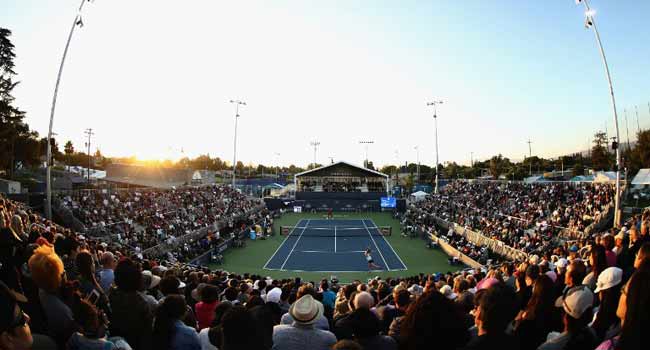 Serena Williams was sent crashing out of the WTA San Jose tournament on Tuesday, losing 12 straight games in a shocking first-round defeat to unseeded Johanna Konta.

Williams, who was playing her first match since dropping the Wimbledon final, is trying to regain her top form after missing most of the 2017 season due to a pregnancy.

But the 23-time Grand Slam winner struggled mightily against the British No. 1 and former winner Konta, who crushed Williams 6-1, 6-0 in just 51 minutes on the main Stadium.

“She obviously wasn’t playing her best level — nowhere near — so I tried to play the match on my terms and just do what I can out here,” Konta said.

Williams, who was seeded sixth, managed just nine winners against 25 unforced errors and had her serve broken six times.

She looked nothing like the player that dominated the Tour for years, winning 72 singles titles and earning more than $86 million in prize money.

Both women were playing their first match since Wimbledon, where Williams finished runner-up to Angelique Kerber and Konta lost in the second round to eventual quarter-finalist Dominika Cibulkova.

The loss comes just over a month after Williams complained that she is being discriminated against by the sport’s drug testers because of the number of samples she is being asked to provide.

“Out of all the players it’s been proven I’m the one getting tested the most. Discrimination? I think so,” Williams wrote in a tweet.

Konta won her maiden WTA title at this event in 2016 when it was held in Stanford University, defeating Serena’s older sister Venus in the final.

Konta played a superb match with 17 winners, nine unforced errors and won 83 per cent of her first serve points.

This was one of the biggest wins of her career but Konta said she won’t be celebrating too long because there is more work to be done.

“I don’t believe in big bang moments, or magic moments where the fingers click and it all comes together,” she said.

“I believe in continuous hard work and everyday perseverance, putting in the work and trusting the process.

“All this match has given me is the chance to play another one. I’m grateful for that opportunity and will work hard for another one.”

Andy Murray will face Grigor Dimitrov in the final of the China Open after earning a straight-sets win over David Ferrer in Beijing.

Murray prevailed 6-2 6-3 in a one-sided contest that spanned one hour 32 minutes.

Murray will now challenge for his 40th tour title and also has the chance to close the gap on leader Novak Djokovic at the top of the ATP rankings.

It will be his ninth final of the season, having won four and lost four of the previous eight, and his first appearance in the china open final.

In the female category, Poland’s Agnieszka Radwanska defeated Elina Svitolina of Ukraine 7-6 6-3 in the semi-final of the china open.

Svitolina, who upset world number one, Angelique Kerber, in the third round, recovered from 3-love in the second set but was unable to close the gap on the 2011 china open champion.

Radwanska took one hour 41 minutes to beat the 16th seed and book a meeting with Britain’s Johanna Konta in Sunday’s final. 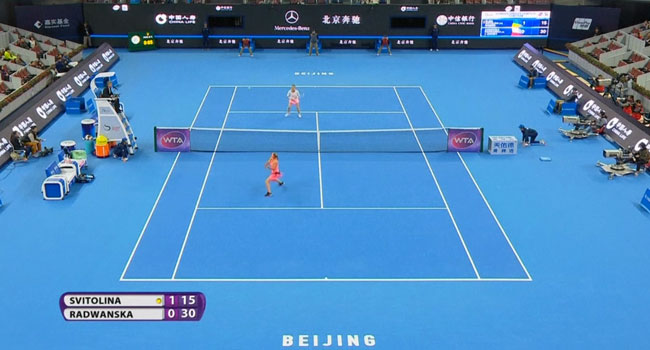 The final game will hold on Sunday, October 9.