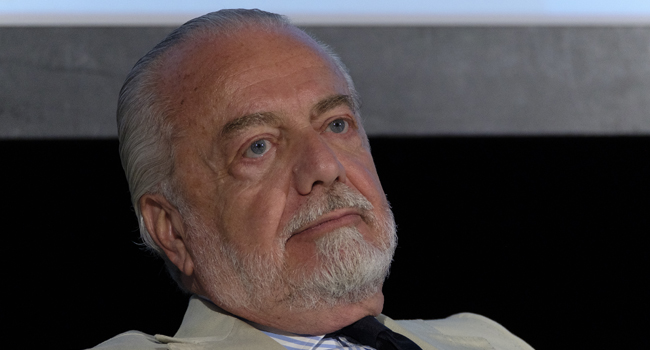 Napoli will only sign new African or South American players if they agree to skip competitions with their national teams, said the Serie A club’s president Aurelio de Laurentiis.

“I’m not going to have them in the African Cup of Nations or the South American championships,” de Laurentiis said in an interview broadcast on Tuesday night.

Last season they lost Senegalese defender Kalidou Koulibaly, who has since left for Chelsea, and Cameroonian midfielder Frank Zambo-Anguissa to the African Cup of Nations in January and February.

“I wish them well, but either they sign a waiver for the African Cup or else…”

“Between that tournament and the World Cup qualifiers in South America, these players are never available!”

“We are the idiots who pay the salaries to send them to play for others.”

The African Cup of Nations is held every two years in January and February with the next postponed edition taking place in January 2024 in the Ivory Coast, during the European season.

The Copa America is also played every two years with its finals in June and July but World Cup qualifying is held during the European season.

While the 10-team Copa does not have a qualifying tournament, the African Cup of Nations does, increasing the number of games for players.

Clubs are obliged to allow their internationals to join their national teams during official international breaks.