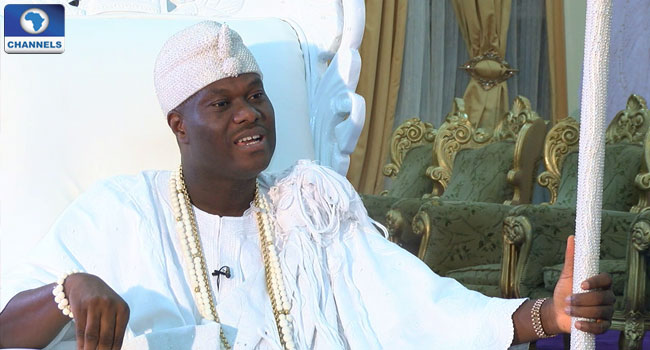 Ooni Ogunwusi said this at Ile-Ife during the joint celebration of Alafere, Oya and Ijugbe festivals which attracted a huge crowd of participants from within and outside Ile-Ife, especially the Bariba and Nupe people in Niger and Kwara states of Nigeria.

The African foremost monarch who is the spiritual leader of Yoruba race stated that the celebration is to give glory to God Almighty who he described in Yoruba language “Oba ti a ko ri, ti a n ri ise owo e”, meaning “The unseen God but whose impact is being felt always”.

He also expressed displeasure that foreigners were beginning to appreciate the African culture, mysteries and festivals than indigenes of the continents.

“Our heritage is so strong. All the things that we are celebrating may be strange to a lot of people living in Nigeria and Yorubaland but in the Western World, I just returned from the UK where I met with the British Royal Family and visited the British Museum, they don’t joke with our culture. All these things are so important to them.

“They traced the origin of mankind to Africa and all these facts are displayed in their libraries and museums. They believe in the potency and power of all these festivals. It is about time for us (Africans) to nurture what we have.

“We should celebrate what nature has given to us. Our culture is a very huge export potential and tourism is one of the biggest trades in the world. It is bigger than a lot of investments that you can think of because it has a lot of people’s movement.

“With tourism, people are able to establish a common heritage and ancestral background”, Ooni said.

He called on government at all levels to improve the level of infrastructure, noting that the government needs to support the drive to project the Yoruba culture to the world.

“It is about time for us to focus on tourism by improving our infrastructure and for us to package these entire heritages. Most of the heritage and festivals are very timely and yield benefits.

“The government should pay serious attention to our heritage. We are blessed here because our tourist centres and attractions are natural.

“We don’t need to create any form of artificial tourism. They are very natural tourism potentials and that is why we need to display them.

“We hope that at one point, the government will appreciate us.” He added. 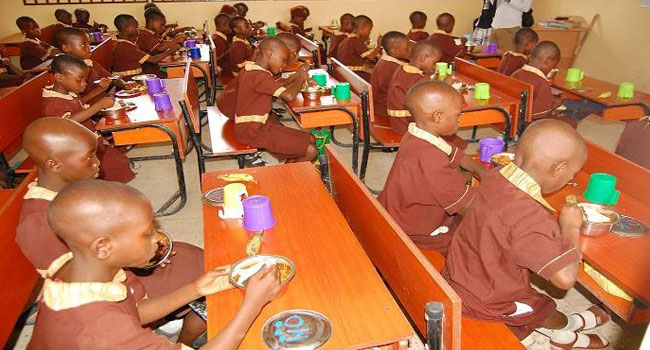 The Nigerian government says it has released over 375 million Naira this year to feed almost 700,000 primary school pupils in five states, in the implementation of its Social Investment Programmes.

A statement by the Presidency said virtually all States of the federation, except two, are now being processed for the payment of 30,000 Naira monthly Stipends to 200,000 graduates, the N-Power Beneficiaries.

Giving a media update in Abuja on Sunday, the spokesman for the Vice President, Mr Laolu Akande, said the current administration’s Social Investment Programmes, (SIP), were proceeding at different stages of implementation.

According to him, regarding the Homegrown School Feeding Programme, the Federal Government last week released money for this year, to Anambra, Ogun, Oyo, Osun and Ebonyi sates to cover the feeding for 10 school days.

“The sum of about 375.434 million Naira has just been released and paid to 7,909 cooks in those States for the feeding of a total of 677,476 primary school pupils,” Mr Akande said, giving the breakdown.

He said all monies were paid directly to the cooks and cover 10 days of school.

Mr Akande further disclosed that those figures would go up later this week when Zamfara and Enugu States expected to be paid 188.7 million Naira and 67.2 million Naira respectively are added to the benefitting states.

By then, he noted, over 631 million Naira would have been released so far in 2017 for school feeding in seven States, paid to 11,775 cooks and meant to feed over One million primary school pupils-exact number of pupils by then would be 1,043,205.

On N-Power, Mr Akande stated that the process of payments of verified graduate  beneficiaries had advanced and at different stages of progress in all but two states, noting that more and more of such beneficiaries are posting their glad experiences of receiving alerts on the Social Media.

This means, according to him, that payment of the December Stipends which had gone across the country would be completed in all states except two that did not meet the extended deadline for the verification process for December stipends.

He further told reporters that the processing of January Stipends were also in advanced stages.

The Vice President’s spokesman also assured some beneficiaries who have issues to remain patient, while observing that quite a number of the beneficiaries had banking information irregularities. He said the payment of the unemployed graduates, which had created a huge buzz across the country especially on the Social Media, is being done in batches.

Regarding the Conditional Cash Transfer (CCT) payments of 5,000 Naira per month, he told reporters that it would continue in the nine pilot states of Bauchi, Borno, Niger, Kogi, Cross Rivers, Osun, Oyo Ekiti, and Kwara States.

“While payment challenges are being experienced with the banks in some of the States, beneficiaries continue to receive their stipends which is being paid for two months.

“A total sum of 10,000 Naira is being paid for the CCT beneficiaries to cover the months of December and January. The CCT payments would be done six times in a year, with a payment of 10,000 to cover two months,” Mr Akande added. 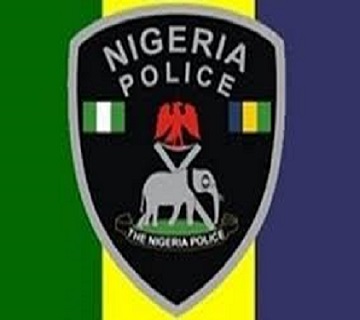 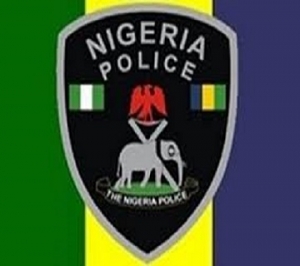 The Osun State Police Command has said it has the mercenaries and strategies to combat all forms of crime and criminal activities in the state, thereby bringing it to the barest minimum.

The new Commissioner of Police, Abubakar Marafa, gave this assurance when the command paraded some suspects believed to be responsible for most crimes committed around Osun and Kwara states.

Speaking on behalf of the CP, Force Public Relations Officer, Osun Command, Folasade Odoro, said that the arrests were made based on tip off from people in the environs who suspected the unusual movement of the suspects.

Odoro urged the people to always be vigilant and report to the Police promptly whenever they are suspicious.

She gave assurances that the command would not relent in combating crime and all criminal activities in the state.