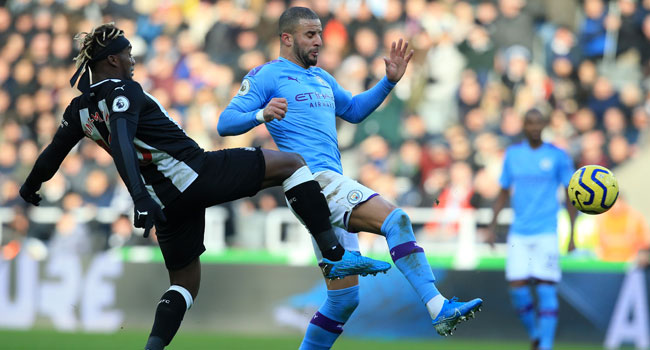 Pep Guardiola’s side trail leaders Liverpool by 14 points after losing 2-1 against Manchester United in Saturday’s derby at the Etihad Stadium.

In a match marred by an alleged racist gesture from a City supporter towards United players, the champions were punished for defensive miscues and a lack of cutting edge in the final third.

United continually cut City open in a series of incisive counter-attacks, with a penalty from Marcus Rashford opening the scoring before Anthony Martial doubled their lead.

City did pull one back through Nicolas Otamendi late on but they could not force an equaliser, condemning them to a fourth defeat of the season.

City defender Walker is adamant his side aren’t out of contention yet, but he acknowledged it will take a big effort to catch Liverpool.

“We knew they had quick players in quick areas – Martial, Rashford and (Daniel) James. They are very good on the counter-attack. We knew that but we didn’t handle it as well as we could have,” Walker said.

“It’s a massive gap, we know that, but we need to keep fighting until the end. It’s not over until it’s over. We will keep trying, as a team.”

After just 16 games, City, who have also drawn twice, have now dropped as many points as they did in the whole of last season.

They would have to win all their remaining 22 games to match last season’s final points tally of 98.

City midfielder Rodri, in his first season at the club, conceded United had come up with a good game-plan but blamed the loss on poor defending and bad finishing.

“We created lots of chances but we didn’t manage to put the ball in. We played the way we wanted but it’s always difficult when you concede two goals,” he said.

“You need to find spaces but at the same time, you concede more spaces to them for their counter-attacks.

“It’s very difficult to attack when they put 11 players behind the ball but we shouldn’t have conceded those two goals.”

Asked about City’s fading title hopes, Rodri added: “It’s a big gap but my mentality has always been never give up, never. We will play and we will fight until the end.” 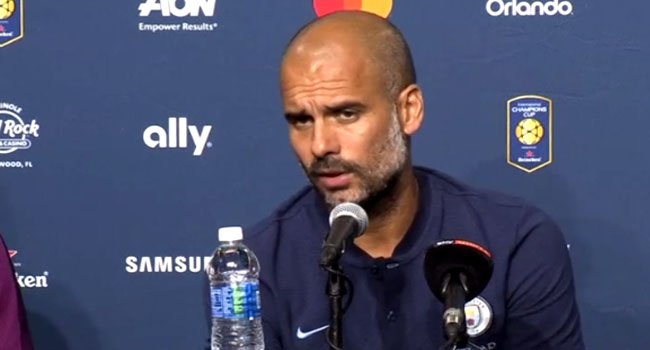 Kyle Walker has been told by Pep Guardiola he is physically one of the best full-backs in the world, but needs to improve his football brain to maintain his form into his thirties.

The 27-year-old Manchester City full-back has enjoyed an excellent season since arriving from Tottenham Hotspur in July for a fee that could rise to £52million ($69million) with performance-related bonus clauses.

Walker has played a key role as City have streaked clear of the of the Premier League field, dropping just two points in their opening 17 matches.

“Right now I’d rate him as one of the best, definitely,” said Guardiola of Walker at Friday’s press conference.

“He has energy. He is so strong defensively. But I’d like to help him to solve problems not just through his physicality but also through his thinking.

“When you are so strong physically, you solve all the problems that way. When you get to a certain age -– 28, 29, 30 -– you need to think after that more about what is going to happen.

“I always encourage him to think and after that, do it.”

The City manager has revealed that he criticises his players more when they win, because he believes they will be in a better mood to take in what he is saying.

“You have to develop more by talking about the bad things when you win. Because after that, the players don’t believe that it’s just a complaint or a regret.

“When you lose, you have to work more on their confidence, and say: That is part of the game, you can do better.”

Mourinho made his comments before last Sunday’s Manchester derby, which City won 2-1 at Old Trafford.

“You can ask the players, these players and the old players if my message on the pitch was to commit fouls. I don’t use this kind of message.” 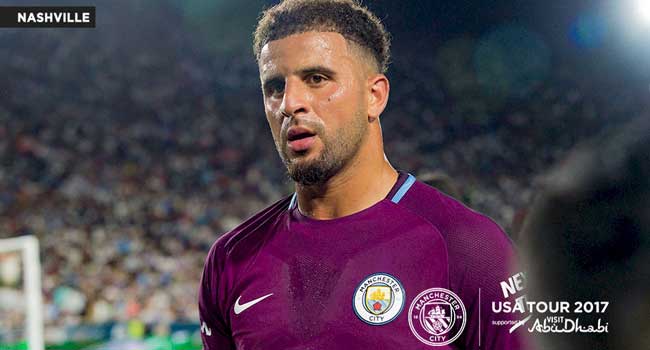 New Manchester City defender Kyle Walker on Saturday admitted that the prospect of facing former club Tottenham is difficult, but says it will never affect his focus and will to win.

“It’s going to be difficult (against Tottenham) I’m not going to lie. I spent a lot of years there, had special moments and the lads are great, the coaching staff is great and they helped me to get to where I am now. But it’s a football match and I want to win so if we can go there and pick up a victory that would be fantastic,” he told mancity.com.

Walker spent eight years at Spurs before sealing his move to City earlier in July and has made an instant impact for his new club at right-back.

He will be looking to use everything he learned at Spurs when he faces his old friends at the Nissan Stadium in Nashville on the final leg of City’s US tour.

The 27-year-old also enjoyed a tussle with another old pal, Gareth Bale, during City’s 4-1 win over Real Madrid, saying: “Seeing old faces is always good, I shared some special moments with Gareth at Tottenham so it was nice to see him.”

“It was nice to get a win over them. I feel fit and feel strong I’ve been doing a lot of work off season, to keep up my fitness. I’m just looking forward to the start of the season, we have two important games in pre-season to look forward to, get a few more minutes on the board. But it all counts when we go to Brighton and play them”. 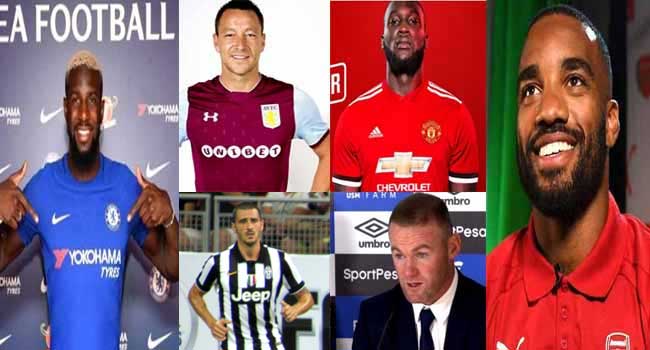 It has been an amazing transfer window ahead of the 2017/18 season, as various European clubs signed a quite number of players to boost their fortunes.

Here, Channels Television has compiled a list of 10 major deals in “no order of importance,”  involving some distinguished footballers.

Rooney, who also wears the number 10 shirt at Everton, has played more than 550 games for Manchester United, scoring 253 goals to become their all-time leading scorer.

At United, he won the Champions League, five English Premier League titles and the FA Cup. He was also the Footballer of the Year in 2010.

He was confirmed as the club’s captain for the 2017/18 season 12 days after he joined the club.

He is one of five players to have made over 500 appearances for Chelsea and is also the club’s all-time highest scoring defender.

Lukaku penned a five-year contract with Manchester United with the option of a further year earlier in July.

Although his transfer fee was officially undisclosed, it was reported to be worth an initial £75 million, plus £15 million in add-ons.

Lacazette signed a five-year deal for Arsenal, a deal that surpassed the €50m which the Gunners paid to sign Germany’s Mesut Ozil from Real Madrid in 2013.

Lacazette previously played as a winger for Lyon, before becoming a striker. In his overall style of play, the 26-year-old has been compared to former Arsenal striker Lan Wright by fellow Frenchman Gerard Houllier.

Walker signed a five-year deal with Manchester City, one of his former club Tottenham rivals.

The fee for the 27-year-old made him the world’s joint most expensive defender along with David Luiz who left Chelsea for PSG in 2014.

The 30-year-old centre-back was said to have joined Juve’s rivals for €42 million move on a five-year contract.

On 15 July 2017, Bakayoko joined English side Chelsea on a five-year deal for a fee around the margin of £40 million.

Bakayoko who plays as a defensive midfielder, breaking up attacks and making driving forward runs, is Chelsea’s second major summer signing after they brought in defender Antonio Rudiger from Roma.

Salah, 25, has been a long-term target, with Liverpool missing out on his signature three years ago when he joined Chelsea before embarking on an underwhelming spell in the Premier League.

Pepe proceeded to Besiktas on a free transfer on July 4 after playing with European Champions Real Madrid for 10 years.

He is expected to earn €9.5 million in total during the two-year contract, plus €4,000 for each match.

The 34-year-old defender joined Real from Porto in 2007 for 30 million euros, winning the La Liga title in his first campaign.

On 11 July 2017, it was announced that James was loaned to German side Bayern Munich on a two-year long deal.

James is a versatile footballer who can play in several positions across the midfield or front line. 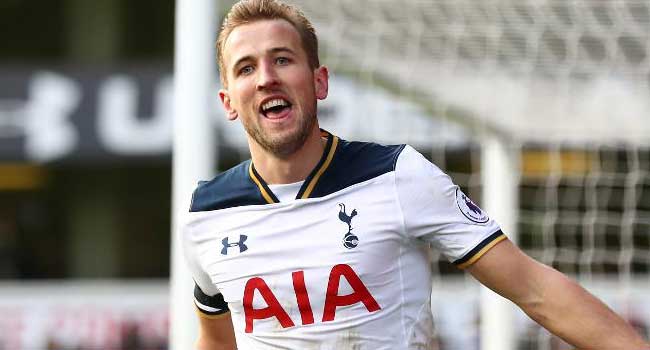 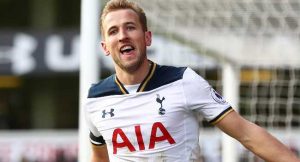 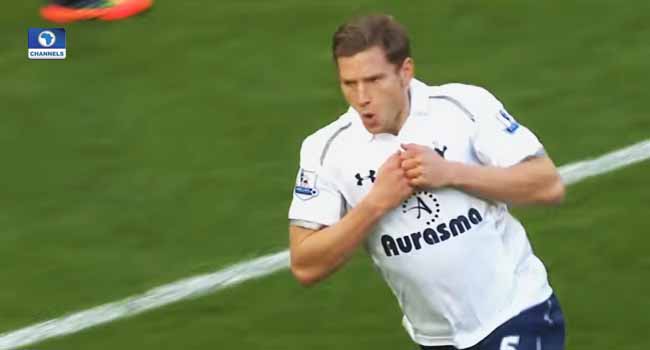 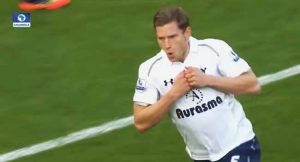 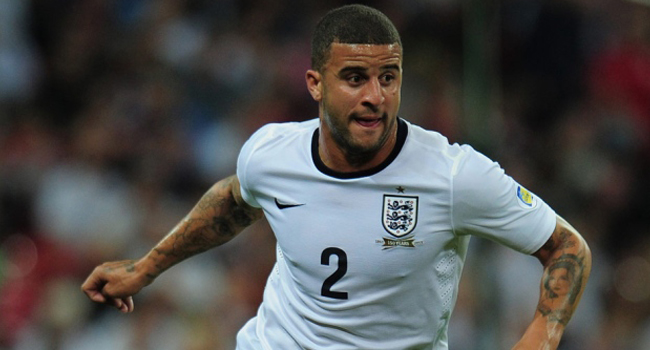 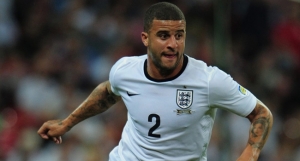