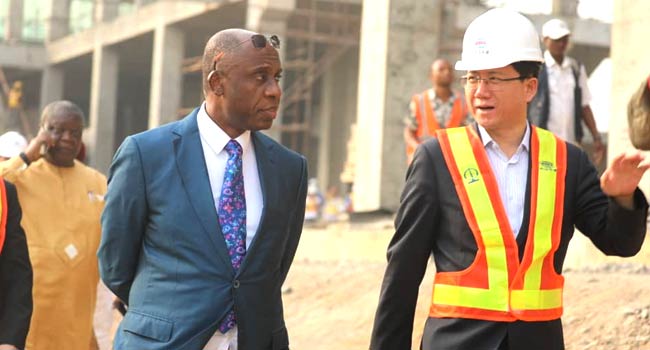 The Minister of Transportation, Rotimi Amaechi, says he is unhappy with the pace of work by the contractors handling the Lagos-Ibadan rail line project.

Amaechi said this on Friday in a series of tweets on his official handle after inspecting the Apapa port axis of the rail line.

This is the second time the Minister will visit the site of the rail line construction site within one week. He insisted that the contractors must meet set targets.

READ ALSO: Why Lagos-Ibadan Rail May Not Be Completed By April – Amaechi

Amaechi was accompanied on the inspection by contractors handling the project –  the chairman of China Civil Engineering Construction Corporation (CCECC) group and the Managing Director, CCECC Nigeria.

Speaking further on the issue of meeting the deadline, Amaechi acknowledged that some progress had been made since the last time he visited.

He later disclosed in another Tweet that the contractors have assured that rail line up to Apapa would be completed by April while minor stations will be completed in June.

He added that he was informed that major stations will be completed in August.

They’ve told us that the rail line up to Apapa would be completed by April, June for the minor stations and August for the major stations. We however hope that they’ll speed up the work and finish earlier, so we can move on to Ibadan-Kano rail line. pic.twitter.com/I5caxZGrlQ 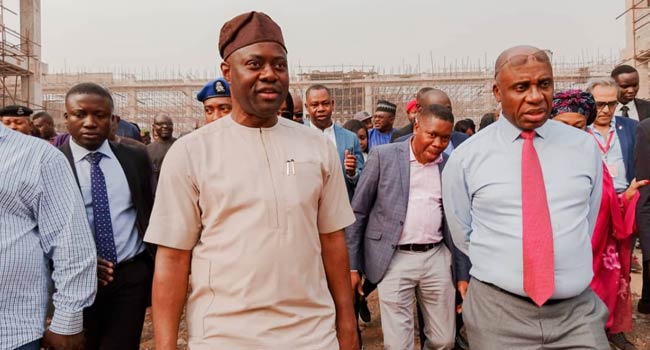 The Minister and the state governor were accompanied by other top government officials.

The assessment started from Ebute Metta to Apapa where the Federal Government hopes to decongest the traffic at the Lagos Port by extending the rail project to that axis.

The team also proceeds to Iju station to kickstart the inspection of the 157 kilometres project – which spans from Fagba area in Lagos State to Ibadan, Oyo State Capital.

He noted that a large chunk of the rail line is in Oyo State.