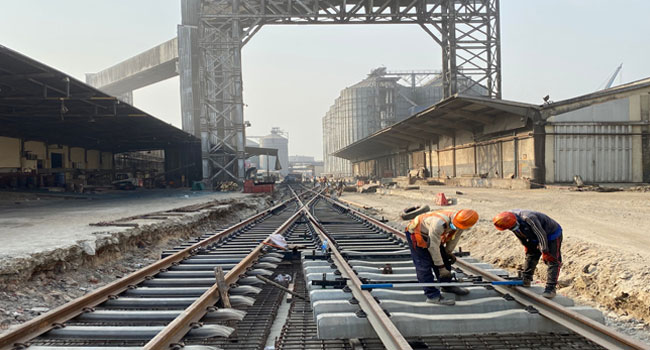 China Civil Engineering Construction Corporation (CCECC) has announced that the Lagos-Ibadan Rail has been officially connected to the Apapa port complex.

The construction company disclosed this in a tweet on Monday.

“On the morning of Jan. 25, 2021, with the successful pouring of the last 25-meter monolithic track bed superstructure of Apapa Port Break Bulk Line, the Lagos-Ibadan Railway was officially connected to the Apapa Port in Lagos.

“The Apapa Port Spur Line of Lagos-Ibadan Railway starts from the Mobolaji Johnson Station, Ebute Metta and extends southward to Apapa Port, with a total length of 8.72km,” CCECC disclosed.

It added that the linking of the rail to the port is crucial and will enhance the import and export of goods.

“As a crucial channel linking the mainline of the Lagos-Ibadan Railway to the port, it has become an important transportation passage for the import and export of goods and now serves as a significant guarantee with regards to the comprehensive operational efficiency of the Railway,” it added.

It explained further the construction process noting that it was “an extremely tough nut to crack because of its dense underground pipelines, high underground water level, complex geological conditions, and numerous ground constructions.”

The project according to the company took nearly three years of unremitting efforts and working around the clock. 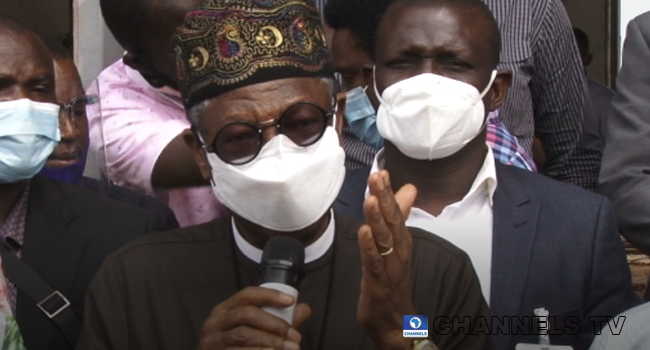 Minister of Information and Culture on Saturday said there is nothing bad in borrowing for infrastructure.

Mohammed made the remarks during an inspection tour of the Lagos-Ibadan railway project.

“There is nothing bad in borrowing, provided that borrowing is invested in infrastructure, especially when it will create jobs, create an enabling environment for the economy.”

The Minister added that he was impressed with the Lagos-Ibadan rail project.

“I am very excited,” he said. “When I got into the train this morning, it was as clean and modern as any coach anywhere in the world.

“I was also quite impressed with the passion of the Honourable Minister (of Transportation). You can see that every point in time, he is pushing the contractors, saying ‘look, I can’t wait till October, I will come back in four weeks’ time,’ because we want to be able to deliver this kind of infrastructure to Nigerians.” 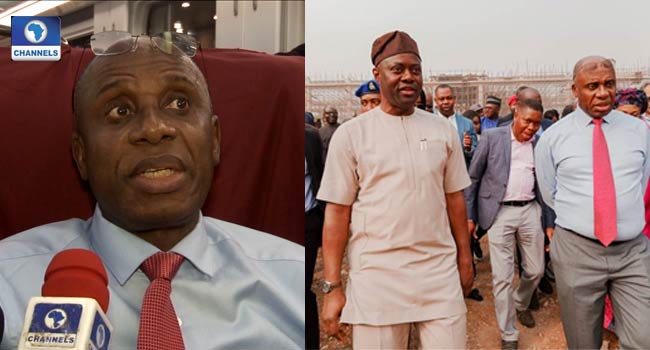 Nigerians hoping to enjoy the full services of the Lagos-Ibadan standard gauge rail line may have to wait a little longer as the Minister of Transportation, Rotimi Amaechi says there are some setbacks and the completion of the project by April is no longer feasible.

Amaechi disclosed this on Monday during an interview with Channels Television after a routine inspection of the rail line.

He was accompanied by Oyo State Governor Seyi Makinde and the Minister of State for Transportation, Gbemisola Saraki during the routine inspection of the project.

According to the Minister, the project has reached 85% stage of completion but the remaining 15% is still huge and the contractors need to extend the progress recorded to the major stations. “The project is 85% completed but the 15% remaining is actually huge. It is not just an ordinary 15%. Until the progress is extended to Ebute-Metta and Apapa, I will disagree with the 15% they said is remaining.

The Minister also gave updates on the inspection on his Twitter handle. He further expressed doubt about the possibility of completing the project in April as earlier planned.

“Looking at the state of work in Apapa, completing the project in April doesn’t seem feasible, especially the extension of the rail line to the seaport. We’ll, however, continue to work and redouble our efforts to complete the project and meet set targets. #LagosIbadanRail,” he tweeted.

Today, Oyo State Governor, @seyimakinde is accompanying us on the monthly inspection of work on the Lagos-Ibadan rail line. We are going the whole nine yards. From the mega station in Ebute Metta to Apapa and all the way to Ibadan. A large chunk of this rail line is in Oyo State. pic.twitter.com/TKpiO52Lak

The Minister alongside the top officials had earlier kicked off the assessment from Ebute Meta to Apapa where the Federal Government hopes to decongest the traffic at the Lagos Port by extending the rail project to that axis.

They also inspected the Iju station of the 157 kilometers project – from Fagba area of Lagos to Ibadan, the Oyo State capital.