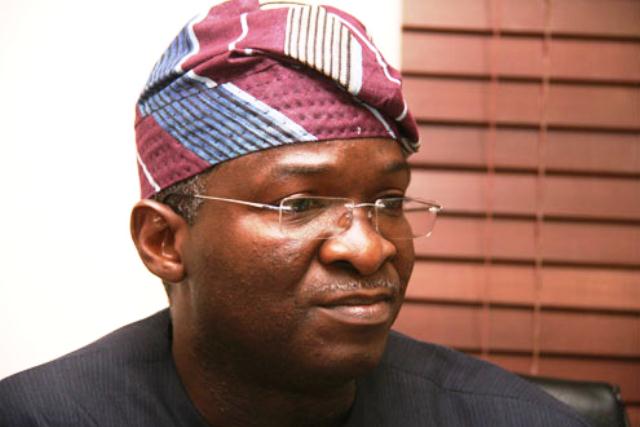 Lagos State Governor, Mr. Babatunde Fashola, on Wednesday re-emphasized the need for State Police in the country, arguing that the venture would be justifiable if they were used for the protection of women and children.

Governor Fashola, made this call at the 12th Anniversary of Ms Funmi Iyanda’s Change-A-Life Programme at the Nigerian Television Authority Network Centre, Victoria Island on January 1.

He pointed out that what is lacking in giving adequate protection to vulnerable members of the society was the capacity to enforce the law, adding that the Police, who are engrossed with the task of fighting kidnappers and other violent crimes, would have no time to engage in the processes of enforcing the law on domestic violence.

He said, “if we really want to protect women, we must look again at the prospect of State Police because even if it is the only responsibility we give them, protection of women and dealing with domestic violence, and leave the Federal Police to deal with all the other violent crimes that we have mentioned, it would be a huge step forward”.

Governor Fashola said although Lagos State has made laws against domestic violence and criminalized certain acts in the administration of Criminal Justice Law in the State, with laws now against the abuse of children, the problem remained in the enforcement of the laws.

“One of the responsibilities that the Police have in the law protecting women against domestic violence is to file a complaint on behalf of the victim before a court and to seek restraining order against the respondent who is the aggressor. But how many of those cases really come up to the court”, he said.

Pointing out that it is only the reported cases that Government could deal with, the Governor paid glowing tribute to the Deputy Governor, Adejoke Orelope-Adefulire, who supervises the Ministry of Women Affairs and Poverty Alleviation and the Director-General of the Office of the Public Defender, as well as the volunteer lawyers who work in the Office of the Public Defender “for the selfless work that they have done”.

He said: “It is when the citizens are safe that you feel free to embark on capital intensive development, providing Education and other opportunities for them to find their way in life; the real empowerment of people and looking after their welfare. From there we go on to growing the economy, Power, Agriculture, Transportation, and Housing; and in that way and from it we create a large theatre of opportunities where people can find their way.”

He continued, “I think the opportunity to make a better choice in 2014 is heavy on us, it favours us. The difference between success and failure, for me, is how people react to opportunities. This is the season that offers us the opportunity to do so many good things. But they would happen if we make the choices, seize the opportunity to revalue hard work, to revalue knowledge, revalue the dignity of life, and put appropriate value on our common humanity and to place less value on those things that have taken our focus away from things that are important”.

Maintaining that the Year 2014 would be a better year, Governor Fashola, declared, “But it will not happen by mere wishes. It will happen by making very clear choices individually and collectively…if we unite our minds to the kind of values that we want and unite our minds to achieving those value choices, it will surely happen”.

Highlight of the programme was the presentation of the Remi Lagos Award of Academic Excellence to two most outstanding students of Funmi Iyanda’s Change-A-Life Foundation, Miss Olatunji Fumilayo and Miss Umoh Victoria Uwana.

Also present at the occasion were, Commissioner for Information and Strategy, Mr. Lateef Ibirogba, the Executive Director of the Foundation, Mrs Jumoke Giwa, guests like Mrs. Susan Eyo-Honest, Board members, beneficiaries of the Foundation and their parents, among others.