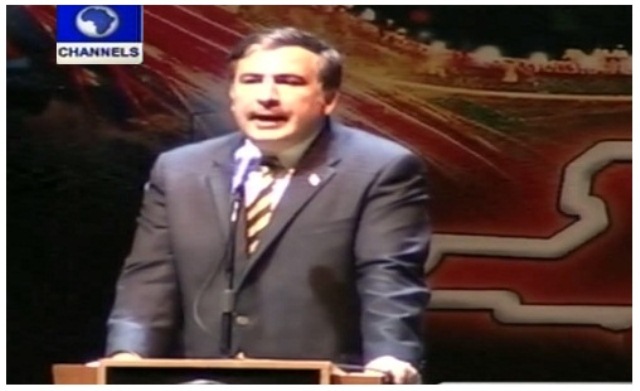 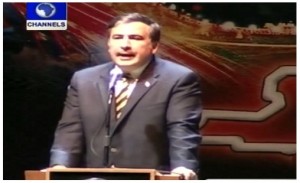 A former president of Georgia, Mikheil Saakashvili, says Nigeria can reform its power sector if it seeks committed individuals that are determined to bring the needed change.

Speaking at the Lagos Economic Summit on Tuesday, Mr Saakashvili highlighted that Georgia was able to reel out of high crime and corruption rates, a situation he said was worse than Nigeria’s current state, by sheer determination to have a Georgia that the world would recognise for good.

He gave detailed breakdown of how the reform was achieved, emphasising that corruption must first be tackled in order to make meaningful headway.

“When I became the President of Georgia, I met a failed state, with high crime and corruption rates, one of the highest in the world.

“We had to do very fast reforms in Georgia and two months as president I fired the police because it was difficult to reform the Police. The police was much part of the problem rather than the solution.

“We had to refurbish the whole sector but we first of all killed corruption. We had to believe in what we were doing and we brought in people that believed that this is their country, their future and all they have,” Mr Saakashvili stated.

He also suggested that the government should decentralise the process of doing things in order to achieve more results in the shortest possible time.

“When you have the central government taking every decisions there is the tendency that processes would be slowed down,” he said.

The former Georgia president, however, pointed out that “genuine reforms come with some form of suffering that the people will have to bear”.

According to him making power available would help to reduce the rate of crime in any country.

“With cameras and lights everywhere, criminality is very easy to control and you can generate the power that would be enough for Nigeria if you will put your heart to it with commitment and without personal interest at heart,” he said, stressing that there is really so much amazing human energy in Nigeria that could be turned to good.

“It takes human effort to do it,” he added.

The Lagos State government had invited Mr Saakashvili to address the Summit, as Georgia, before he became President, had some challenges facing Nigeria today.

The Summit is looking to proffer solution to the state’s power challenge.

With a population of over 20 million, the state requires over 10,000 megawatts of electricity, but it is currently relying on 1,000 megawatts from the national grid. 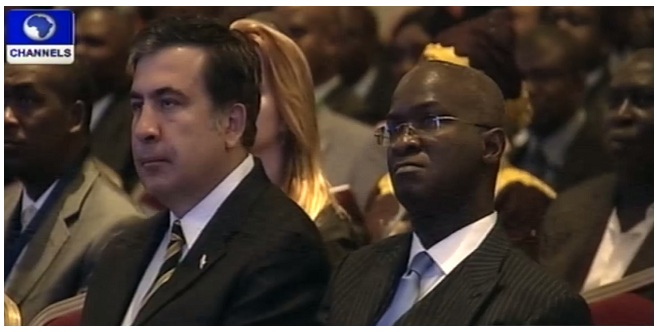 With the theme, ‘POWERING THE LAGOS ECONOMY: Real Opportunities, Endless Possibilities’, the summit hopes to increase the power quality and quantity in Lagos State.

As the economic hub of Nigeria with a fast increasing population, the city needs about 10,000 megawatts of electricity to meet demand, but it is currently getting 1,000 megawatts from the national grid.

The State’s Commissioner for Economic Planning and Budget, Mr Ben Nwabueze, said that the summit, bringing together investors, consumers and policy makers in the power sector, would seek to get more investors involved in the power sector since it had been made more open for private investments.

The Nigerian government in November last year unbundled the Power Holding Company of Nigeria (PHCN) and sold its shares to the private entities, a move aimed at making the sector more productive and efficient, considering its potential in unlocking opportunities that will boost development and economic growth.

“If we can deliver power in the right quality and quantity, the opportunities it will unlock are immense,” Mr Nwabueze told Channels Television on the sideline of the Summit on Tuesday.

“If the economy is growing at over seven per cent without power, you can imagine the possibilities when there is power.

“This summit is the best opportunity available to discuss how the power challenge could be fixed.”

The unbundling of the PHCN empowered state governments more, making them key players on the side of demand regulation.

According to the commissioner, more power availability would open up government service delivery and make the Lagos State government able to meet its target of making the state, which has a population of over 20 million, a model mega city.

The summit is coming days after the rebasing of the Nigerian economy and Mr Nwabueze says the rebasing will help open up the Lagos State economy more, with all its potentials made more pronounced for investors to see.

“Lagos is a land of opportunities and that has kept people coming in.

“The Summit is about marketing the potentials and showing what should be done to move from the state we are now to another level. We will be looking at what everyone should do more,” he said.

Using power efficiently in Nigeria is not a culture and the State government had been advocating power conservation, an initiative it also intends to  push further at the summit, as it would help improve power availability, Mr Nwabueze said.

The Summit, holding from April 8 to 10, will begin with an appraisal of the implementation of the last summit resolutions to be sure that targets set are met. 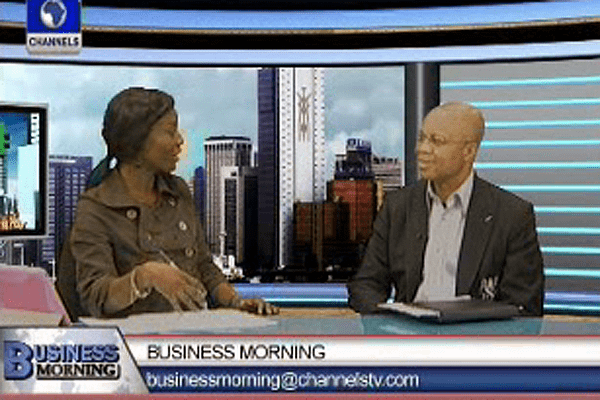 The summit which is aimed at re-positioning Lagos as the state that will put Nigeria as one of the top economies in the world.

The Lagos State Commissioner for Economic Planning and Budget; Mr.Ben Akabueze was with Esther Ugbodaga to shed light into the upcoming summit.