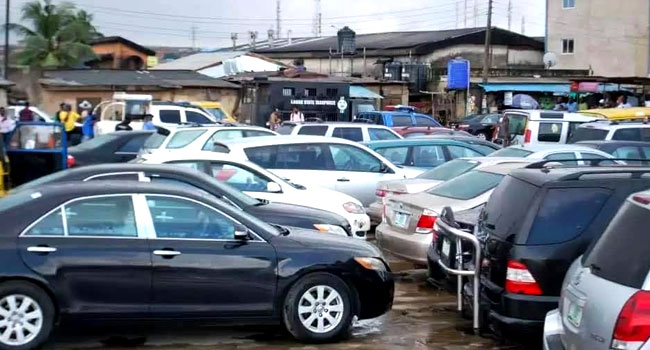 Thirty-one vehicles have been forfeited to the Lagos State government for moving against the traffic on one-way roads.

The Lagos State Mobile Court which ordered the forfeiture ruled that the vehicles contravened the State Traffic Law.

Mr Adebayo Taofiq, who is the Head of Public Affairs Unit at the Lagos State Task Force, disclosed this in a statement obtained by Channels Television on Thursday.

The order of forfeiture was pronounced after the 31 defendants (drivers) pleaded ‘guilty’ to the ‘one-way’ traffic offence charged against them.

“These arraigned 31 drivers were charged for driving in the direction prohibited by law (one-way) punishable under Part (III) item 27 of the ‘Lagos State Transport Sector Reformed Law of 2018 and have been penalised accordingly,” the court held.

However, 43 other drivers arraigned for plying the BRT corridors and causing road obstructions were ordered to pay fines to the government, in accordance with the law and severity of their offence.

Reacting to the ruling, the Chairman of the Lagos State Environment and Special Offences (Enforcement) Unit (Task Force), Olayinka Egbeyemi, confirmed 160 traffic offenders were billed to be arraigned before the court.

He noted that only 74 had so far appeared before the court and urged the remaining 86 offenders to do the same immediately.

Egbeyemi explained that the agency acted in response to a series of complaints from residents, particularly motorists that activities of one-way drivers were causing serious traffic on daily basis since the #EndSARS protest.

“It is painful that with a high level of enlightenment campaigns and several warnings by the government, motorists including private car owners are still driving against traffic, knowing fully well that the penalty for such offence is outright forfeiture of the said vehicle to the government,” he said.

86 persons have been arrested by the Lagos State Task Force on Environment and Special Offences (Enforcement) Unit, for not having definite residential address and means of livelihood.

The arrest, which was carried out in the Ikoyi area of Lagos between 11pm and 1am on Wednesday, was a response to complaints by residents of the area about the presence of illegal squatters in uncompleted buildings and food vendors in make-do shops.

Task Force Chairman, Bayo Sulaiman who led the arrest, said those arrested were suspected to be part of criminal gangs terrorising Ikoyi residents.

“They were arrested at Lugard Street, Bedwell Street, Glover Street and three different spots in Parkview Estate…those arrested were those selling and living in shanties and those living in uncompleted buildings.” he said.

Mr. Sulaiman said the raid would continue till criminals are wiped out of the state, adding that the government would no longer tolerate people living in uncompleted buildings as a large number of them usually turn out as criminals.

The chairman futher said “Those arrested will be further investigated and charged to court.”