Plateau State Governor-elect, Mr Simon Lalong, has expressed his readiness to consult retired Military Generals in the state, to fight against insecurity.

This is consequent to the recent feud between Fulani herdsmen and villagers in Barikinladi Local Government Area of Plateau State.

Mr Lalong spoke in Jos the Plateau State capital, when a delegation of Tarok natives, under the umbrella body of Ngwan Ishi Otarok, led by prominent retired Military Generals from Langtang visited him.

The Governor-elect said he would consult them on how to tackle the spate of clashes, especially between farmers and herdsmen in the state.

Meanwhile, the pains and memories of the attack would take a while to be forgotten in Ropp district of Barkinladi Local Government Area of the state, where at least 20 persons where killed in six villages.

The district Head of Barkin Ladi, Edward Bot, said the village was attacked by the assailants in the early hours of Tuesday, with gunshots which lasted for several hours.

Mr Lalong, however, expressed belief that if previous administrations in the state had taken full advantage of the many retired top security chiefs in the state, it would not have suffered the kind of crisis it had gone through over the past decades. 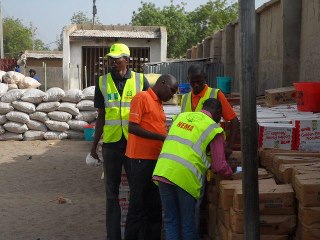 Addressing the displaced persons at the camp in Mabudi, a member representing Langtang north/Langtang south federal constituency at the House of Representatives, Beni Lar, acknowledged that over seven thousand persons are displaced from the villages attacked by unknown gunmen and scattered in three camps across the local government without shelter, clothing and food until National Emergency Management Agency intervened.

The 27th of June 2013 remains a dark moment for residents of three communities of Magama, Bolgang and Karkashi in Langtang south local government area of plateau state where Fulani herdsmen were alleged to have attacked the villages in the early hours while residents were still sleeping.

One of the camps harbouring the internally displaced persons at the local government education authority pilot central school, Mabudi witnessed a collection of the old and the young striving to survive under the harsh conditions.

The National Emergency Management Agency embarked on an assessment tour of the affected areas and provided relief materials ranging from food stuff to toiletries and house hold items for the internally displaced persons seeking refuge at the various camps.

Since the incident, there have been conflicting reports on the number of deaths and the injured, while over seven thousand persons were displaced from their ancestral home.

However, some of the affected members of the communities share their experiences on the incident and the death toll in the aftermath of the attack.

A member representing Langtang north/Langtang south federal constituency at the national assembly believes that a panel by the federal government that will wholistically look into the menace of Fulani herdsmen as a threat to peace and stability in the country will be necessary in solving the problem of such frequent attacks.

As the security agencies redouble their efforts in curtailing the incessant attacks by gunmen across the villages particularly in plateau state, the federal government needs to open up the affected areas by constructing roads and linking roads and bridges which will facilitate accessibility to those areas thereby making rescue mission faster a quicker response to distress calls.