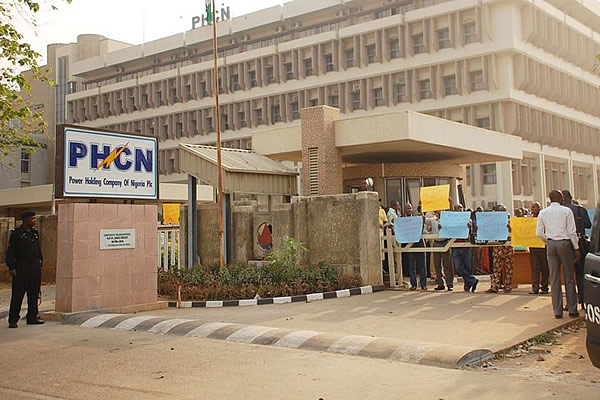 Five staff of the Power Holding Company of Nigeria (PHCN) on Wednesday urged the Appeal Court in Lagos to halt their ejection from a PHCN property forfeited to the federal government by former Managing Director of Oceanic Bank, Mrs. Cecilia Ibru.

The workers, in a notice of appeal, faulted Justice Okechukwu Okeke of the Federal High Court in Lagos for refusing to vacate his earlier order granting leave to the Asset Management Corporation of Nigeria (AMCON) to take over the property.

Mrs. Ibru forfeited N191 billion worth of assets to the federal government as part of the plea-bargain arrangement following her conviction over corrupt practices in the bank.

AMCON had on March 6, 2013 forcefully ejected the PHCN workers from the property, which is located at 5A George Street, Ikoyi Lagos.

The PHCN workers, through their lawyer, Femi Falana (SAN), had urged Justice Okeke to vacate the order on the ground that it was obtained by AMCON through fraud and suppression of material fact.

Mr. Falana had contended that the said property allegedly acquired by Mrs. Ibru, was at all times, the property of PHCN and so, Mrs Ibru had no right to forfeit the property to the federal government.

But Justice Okeke refused to vacate the order, saying it had already been executed, and as such he could not undue a completed act.

Dissatisfied, Mr. Falana and the plaintiffs approached the Appeal Court where they stressed that Justice Okeke erred in law, because there were exhibits before him to show that the ejection order was obtained by fraud.

Claiming that there were three pending suits on the subject matter, Mr. Falana urged the appellate court to stay further execution of the order, and also restrain AMCON and Deputy Sheriff of the Federal High Court from demolishing the property.

Prior to the filing of the appeal, Mr. Falana had also filed a motion before the lower court seeking for leave to appeal against the ruling and stay of execution.

Mr. Falana, while arguing the motion for vacation of the ejection order, had told Justice Okeke that AMCON acted fraudulently when it obtained a court order which granted it leave to seal up the plaintiffs’ premises.

He also argued that while the ownership of the said property was still the subject of a pending litigation before the court, involving AMCON, the respondent had gone behind closed doors to obtain an order to levy execution on the property.

He told the court that in 2010, when a forfeiture order was made by Justice Daniel Abutu, to relinquish the said property to AMCON, the applicant filed a similar suit, seeking to set aside that forfeiture order.

Mr. Falana argued that despite AMCON’s knowledge of the pending suit before the court, it still went ahead to obtain an order to seal up the premises.

He told the court that the act of the respondent was fraudulent and should be set aside.

AMCON’s lawyer, Felix Azu (SAN) while responding to Mr. Falana’s argument, stressed that when the order for forfeiture was made, the applicants neither appealed the decision nor applied for a stay of execution of the order.

Mr. Azu said that by their inaction, they had represented that they had no intention to challenge the order.

He said that although the applicants had filed a suit to set aside the order made by Justice Abutu, the respondent was privy to that suit as no appeal had been made against the positive order of the court granted them.