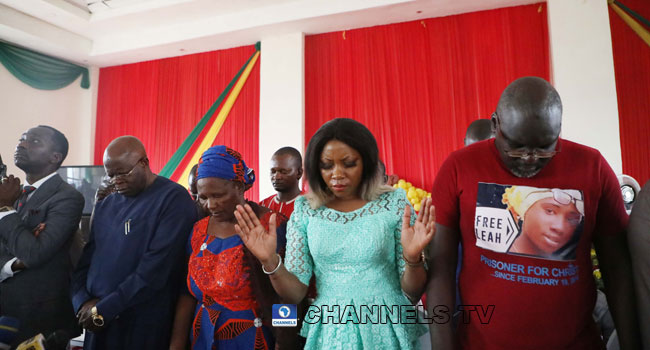 Christians and members of Leah Sharibu’s family on Friday gathered in the nation’s capital Abuja to pray for her and others in Boko Haram captivity.

The service was held in commemoration of Leah’s two years in captivity.

They also called on the government to as a matter of urgency do more to put an end to the often security situation in the country.

Leah was one of more than 100 schoolgirls that Boko Haram abducted on February 19, 2018, from the Government Girls Secondary School in Dapchi, Yobe State. Weeks after the shocking abduction, the terrorists released the other girls, but they kept Leah in captivity for refusing to renounce her faith.