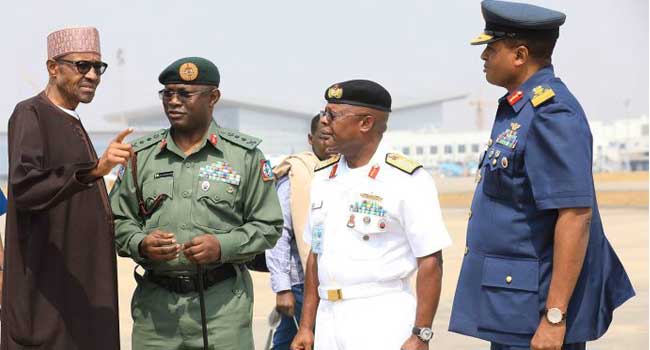 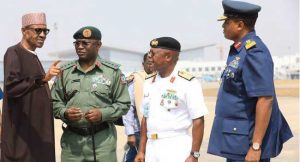 Nigeria’s President, Muhammadu Buhari, on Thursday held a meeting with his service chiefs behind closed doors at the presidential wing of the Nnamdi Azikiwe Airport.

This was before proceeding on his ten-day vacation.

On his official Twitter handle, the President tweeted: “Before leaving I met with the Security Chiefs. We will continue to work to fulfill our promise to confront all security challenges head-on.”

The Chief of Defense Staff, General Abayomi Olanishakin, who spoke to journalists, said that the meeting was to give the President an update on the movement of a stand-by troop to The Gambia.

The president has been a mediator in the political crisis in the West African country and the briefing lasted for about one hour.

Also speaking, presidential spokesman, Femi Adesina, gave the assurance that there is nothing to worry about the President’s routine medical checkup while on his vacation.

The President himself also made it clear that there is nothing wrong with going on vacation, just before stepping into the presidential jet.

The President is expected to resume work on February 6, 2017.

While away, the Vice President, Prof Yemi Osinbajo, will perform the functions of the Office of the President.