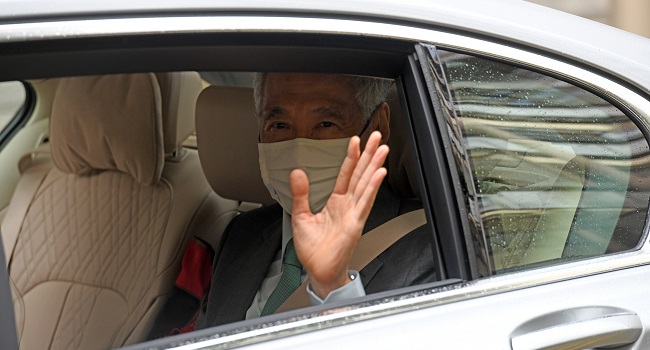 A Singaporean blogger was ordered Wednesday to pay almost $100,000 in damages for defaming the prime minister by sharing an article on Facebook linking the leader to a corruption scandal.

Prime Minister Lee Hsien Loong had accused Leong Sze Hian of spreading false claims about him over the article related to the money-laundering scandal at state fund 1MDB in Malaysia.

Critics say the case is the latest example of the tightly-regulated city-state’s government being heavy-handed and seeking to silence dissent online.

Singapore’s leaders have frequently turned to the courts to take on critics, ranging from political opponents to foreign media outlets, and insist such action is necessary to protect their reputations.

The premier took the stand at the start of the trial in October and accused Leong of making “malicious and baseless” allegations, which had undermined the government’s “integrity and honesty”.

The article that Leong shared, originally published in a Malaysian news portal, alleged that Lee was the target of an investigation in neighbouring Malaysia over the 1MDB state fund.

Billions of dollars were looted from the investment vehicle in a scandal that involved Malaysia’s former leader Najib Razak and his inner circle.

Leong’s lawyer Lim had argued the libel suit was unnecessary as authorities had already denied the allegations, adding the prime minister had “picked on the defendant when there are many others” who had shared the defamatory article.

In 2019, authorities introduced a law against online misinformation, which empowers ministers to order the blocking of social media posts they deem false, sparking criticism that it would chill free speech. 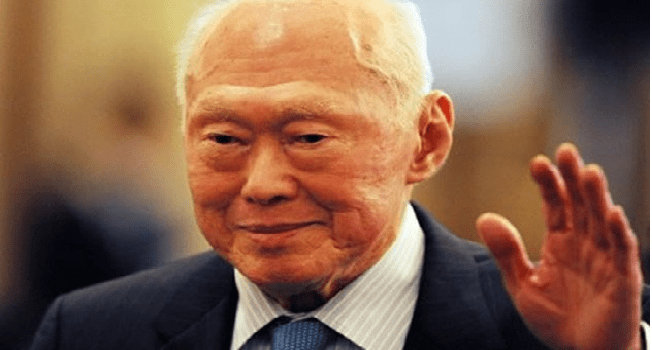 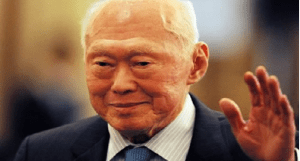 Lee Kuan Yew, Singapore’s first Prime Minister, died on Monday, triggering a flood of tributes to the statesman who transformed Singapore from a small port city into a wealthy global hub.

Lee Kuan Yew, who was the city-state’s Prime Minister for 31 years, was widely respected as the architect of Singapore’s prosperity.

However, he was criticised for his iron grip on power as under him, freedom of speech was tightly restricted and political opponents were targeted by the courts.

A state funeral would be held on 29 March, after a week of mourning.

In an emotional televised address, his son, Prime Minister Lee Hsien Loong paid tribute to him.

“He fought for our independence, built a nation where there was none, and made us proud to be Singaporeans. We won’t see another man like him.”

Mr Lee oversaw Singapore’s independence from Britain and separation from Malaysia. His death was announced early on Monday.

He had been in hospital for several weeks with pneumonia and was on life support.

The Chinese foreign ministry called him “a uniquely influential statesman in Asia”.

U.S. President Barack Obama described Lee as “a true giant of history” whose advice on governance and economic development had been sought by other world leaders down the years.

In his lifetime, Lee drew praise for his market-friendly policies but also criticism at home and abroad for his strict controls over the press, public protests and political opponents.

Lee had receded from public and political life over the past few years, but he was still seen as an influential figure in the government of Prime Minister Lee Hsien Loong, his eldest son.

“The first of our founding fathers is no more. He inspired us, gave us courage, and brought us here,” a choked Prime Minister Lee said in a live television address on Monday. “To many Singaporeans, and indeed others too, Lee Kuan Yew was Singapore.”

The government has declared a period of national mourning until his funeral on Sunday. Lee’s family will hold a private wake in the next two days, then his body will lie in state at parliament from Wednesday to Saturday.

Singaporeans had been bracing for the news for days, and a sea of flowers had already piled up at the hospital where he was being treated for pneumonia.

“I’m so sad. He is my idol. He’s been so good to me, my family and everyone,” said Lua Su Yean, 64. “His biggest achievement is that from zero he’s built up today’s Singapore.”