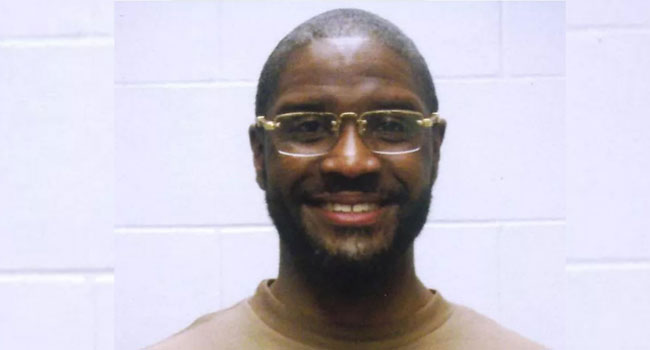 A convicted murderer died by lethal injection on Thursday as the administration of President Donald Trump carries out a series of federal executions in its waning days in power, ignoring calls for clemency and Covid-19 outbreaks behind bars.

Brandon Bernard, a 40-year-old African-American inmate, was put to death at a prison in Terre Haute, Indiana, for his role in a 1999 double murder in Texas committed when he was 18 years old.

More than 500,000 people had signed petitions urging Trump to commute Bernard’s sentence to life in prison, citing his age at the time of the crime and his good behavior as an inmate.

Among those lending their support to Bernard was reality television star, Kim Kardashian.

“At just a few months past 18 his brain was still developing,” Kardashian said. “While Brandon did participate in this crime, his role was minor compared to that of the other teens involved, two of whom are home from prison now.”

Bernard and four other Black teenagers were convicted of abducting youth ministers Todd and Stacie Bagley, a white couple from Iowa. They forced them to withdraw cash before eventually shooting and burning them in their car.

Because the crime took place on a US military base it was tried in federal court.

The shooter, then-19-year-old Christopher Vialva, and Bernard, who lit the car on fire, were sentenced to death in 2000.

“Brandon made one terrible mistake at age 18. But he did not kill anyone, and he never stopped feeling shame and profound remorse for his actions in the crime that took the lives of Todd and Stacie Bagley,” his lawyer Robert C. Owen said in a statement after his death.

Vialva was executed by lethal injection in September but other participants who were under the age of 17 at the time avoided the death penalty.

Without a last-minute reprieve, Bernard became the ninth federal inmate to be executed since July, when the Trump administration resumed federal executions after a 17-year hiatus.

Despite Trump’s defeat in the November 3 presidential election — which he has refused to concede — his administration plans to carry out more federal executions before he leaves office.

One of the major voices pleading for clemency, Kim Kardashian had earlier on Wednesday called on President Donald Trump to commute Brandon’s death sentence.

The reality television star, who is studying to be a lawyer in California, has used her influence to try to sway criminal justice matters before.

“I’m calling on @realDonaldTrump  to grant Brandon (Bernard) a commutation and allow him to live out his sentence in prison,” Kardashian tweeted.

Kardashian has previously pushed for the release of incarcerated people whose guilt is sometimes in doubt, though this time she does not dispute Bernard’s involvement in the 1999 murder of two pastors.

“While Brandon did participate in this crime, his role was minor compared to that of the other teens involved, two of whom are home from prison now,” Kardashian said, adding that “at just a few months past 18 his brain was still developing.”

In 1999, Bernard and several other teenagers kidnapped Todd and Stacey Bagley to force them to withdraw cash, before eventually shooting and burning them in their car.

Some of Bernard’s fellow attackers were under 17 and so avoided the death penalty.

Because the assault took place on a military base, the shooter, then-19-year-old Christopher Vialva, and Bernard, who lit the car on fire, were both sentenced to death by a federal court in 2000.