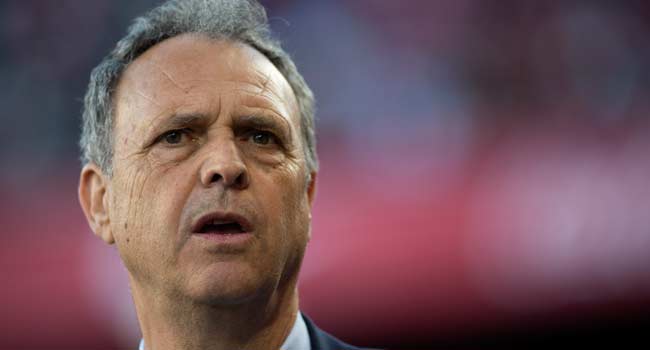 Sevilla coach Joaquin Caparros announced on Sunday that he has chronic leukaemia but says the condition is under control and will not prevent him continuing in his job.

The 63-year-old, who took over last month after Pablo Machin was sacked, was speaking after Sevilla’s 2-0 victory over Real Valladolid in La Liga.

“I have chronic leukaemia,” Caparros said in the post-match press conference. “I have caught it early and can live a normal life.

“I want to enjoy my job and for everyone to stay calm. I’ve had no treatment and am grateful for the club giving me the opportunity [to continue coaching].”

Previously Sevilla’s sporting director, Caparros is now acting as coach until the end of the season, with the team winning four of his six games in charge so far.

Another former Sevilla coach, Eduardo Berizzo, announced in November 2017 that he was suffering from prostate cancer. He was sacked a month later following a string of bad results.

The victory over Valladolid moved Sevilla up to fifth in the table after two goals in the final six minutes from Roque Mesa Quevedo and Munir El Haddadi.

They are now only a point behind Getafe, who they play later this month after a crunch derby at home to Real Betis next weekend.

“My goal is the Champions League, that’s very clear,” Caparros said. “That is our objective and we are going to do everything we can to achieve it.”

Getafe kept their own remarkable bid for Champions League qualification on track by edging past Athletic Bilbao 1-0, Angel Rodriguez Diaz on target to seal his side’s first win in four games.

Alaves were held to a 1-1 draw at home to Leganes while Huesca scored two of three goals in six second-half minutes away to Levante, but it was only enough for a 2-2 draw.

Despite signs of a revival in recent weeks, Huesca remain six points adrift of safety while Levante sit three clear of 18th-placed Villarreal, who play away to Real Betis later on Sunday. 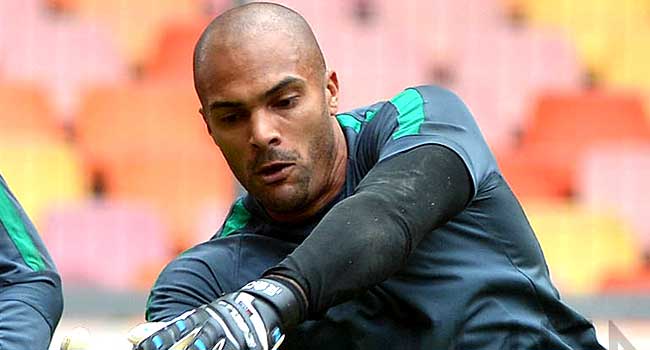 Nigerian international goalkeeper Carl Ikeme says he is on the road to recovery after undergoing chemotherapy for leukaemia.

The 32-year-old — who has been capped 10 times for the Super Eagles — posted on Instagram that he still faced obstacles but things were looking far more positive than a year ago when he was diagnosed with the illness.

Ikeme — who has been with Wolverhampton Wanderers for his entire career and has played almost 200 games for the club as well as another 60 in spells on loan at other English clubs — returned “abnormal blood tests” during pre-season testing.

“After a tough year and intense chemotherapy throughout I would like to let everyone know I am in complete REMISSION,” he posted on Instagram, alongside a photograph of him with his children.

“I still have hurdles to get over to be cured but I can hopefully now move forward with some normality. I would like to thank my family/friends to start with who have gone above and beyond for me.”

Ikeme, who laced his battle with humour posting a picture of himself on transfer deadline day in August 2017 saying he was transferring from one hospital room to another, said he had been touched by the support he had received.

“The support I have received from Wolves/Nigeria, the football world and from people from all over the world has been hard to put into words,” he said.

“I can’t thank everyone at the Christie and heartlands hospital (in Manchester) enough for there care!!! What next who knows… I’m just taking it a day at a time.”