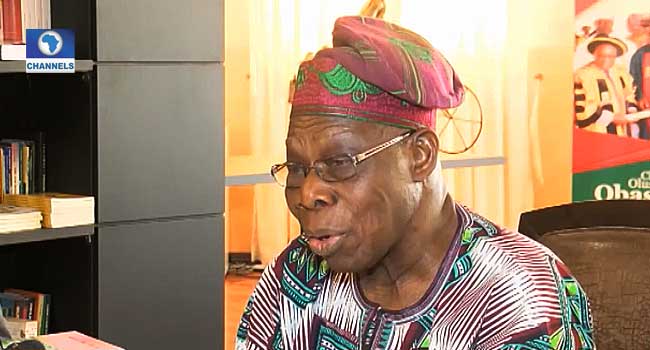 Former president Olusegun Obasanjo has called for the strengthening of the local government as the third tier of government in Nigeria saying that the current practice has continued to hamper real development at the grassroots.

He said this on Monday while receiving members of the Friends of Democracy group at his residence in the Olusegun Obasanjo Presidential Library, Abeokuta, the Ogun State capital.

The former president maintained that people at the grassroots are better served if the local government is strengthened.

He said, “The Local Government is meant to be autonomous from the state government.

“What has happened from the briefing I have received from you and what we know is that by design, most states have incapacitated the local government. They have virtually stolen their money. And what they call joint account, they were to contribute 10 per cent which they never contributed.

“What has come from the state governments have been appropriated by them, so what we have in most parts of the country is a local government that has functions but cannot perform the function”.

The former president also noted that only nine states so far have signed the Local Government Autonomy bill which requires the signature of 24 states before it is passed into law.

He, therefore, called on states who have not signed the bill to do so in the interest of development. 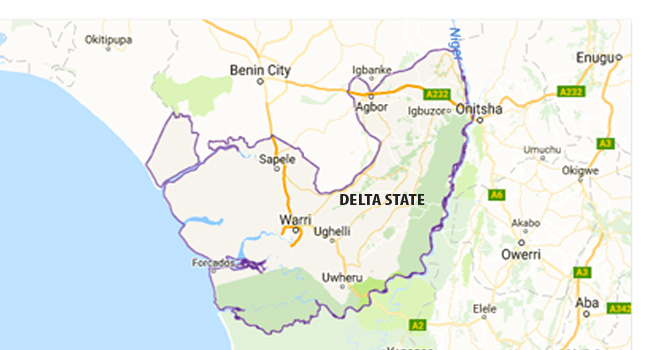 Members of the Nigerian Union of Teachers (NUT) in Delta State have held a peaceful rally to declare their stand on the issue of the local government autonomy.

The teachers, during a protest on Tuesday, demanded that funding of primary education must remain the responsibility of the federal or state government through first line charge.

They, however, rejected a bill aimed at transferring the payment of primary school teachers’ salaries to local councils along the quest for local government autonomy and in anticipation that the bill might soon be forwarded to the Delta State House of Assembly

The teachers started the peaceful demonstration at the Teachers’ House in Asaba and marched through the streets of the capital city, chanting various songs of solidarity.

Speaking on behalf of the teachers, NUT Chairman in the state, Titus Okotie, explained the purpose of the rally and what it seeks to achieve to the lawmakers.

He said: “Let me state here without equivocation that the NUT is opposed to the issue of autonomy for local government councils without separating primary school teachers’ salaries. This is the only way to save the basic and primary education from imminent collapse.”

Other members of the union also decried the non-payment of their salaries which they said ranged from three to five months.

Primary school teachers are being owed salaries in most states supposedly due to the inability of the councils to provide the funds needed for payment of the salaries.

According to them, this has created a situation of discouragement and hopelessness which portends danger for public primary education and the future of the mass under-privileged children in Nigeria.

The NUT said it has a duty to protect the interest and welfare of its members, as well as to contribute its quota to the growth and advancement of education in the country.

Honourable Oborevwori, in his response, said the state government has done well in ensuring that salaries of teachers in the state were paid promptly and that the bill has not been transmitted to the House.

“We will look into the petitions you have brought to the House. We are still expecting the transmitted copy of the bill from the National Assembly.

“We are aware that few states have received theirs but we here at the Delta State House of Assembly have not received the copy yet,” he said. 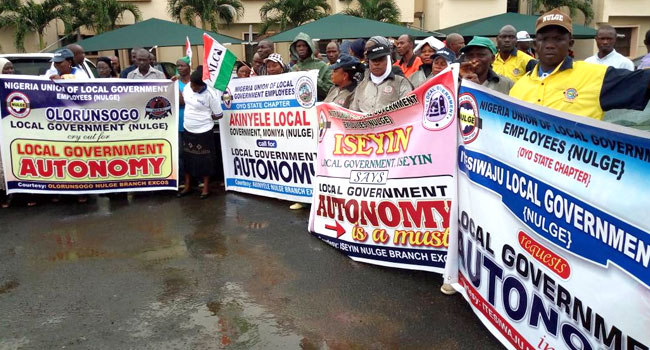 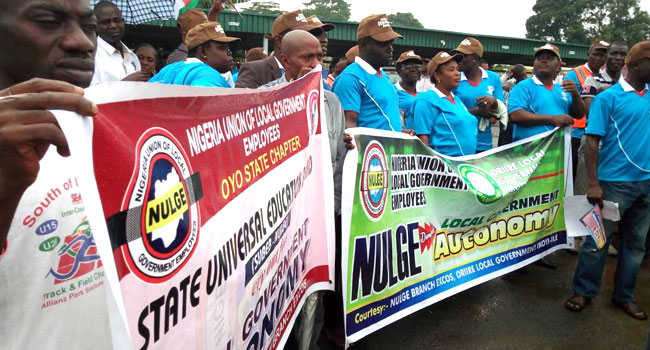 Oyo State Chapter of the Nigerian Union of Local Government Employees (NULGE) has protested in support of the local government autonomy.

Members of the union took their protest to the State House of Assembly on Tuesday in Ibadan, to draw the attention of the lawmakers to their demands. 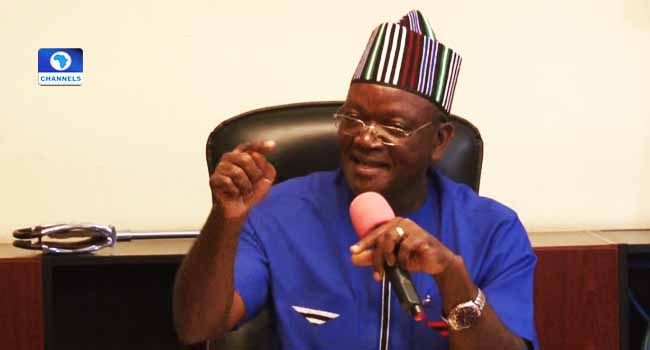 Governor Samuel Ortom and the 23 local government chairmen in Benue State have endorsed the proposed local government autonomy by the National Assembly in the ongoing constitutional amendment.

Governor Ortom adopted this position at a workshop organised for stakeholders and management of local government system for effective service delivery and good governance in the state.

He was represented by his deputy, Mr Benson Abounu, at the three-day induction workshop for the newly elected local government officials from the 23 local governments in the state.

The governor described the local government autonomy as a veritable tool for good governance but noted that it must granted within the confines of the Constitution.

“Well, to the extent that they can provide good governance to the people, there is nothing wrong with granting them autonomy. But the autonomy must be granted within the confines of the Constitution and in the wisdom of the members of the National Assembly.

“If they decide that they should be granted full autonomy, off course the nation must be told why. They must give their reasons and changing the Constitution is not an easy thing; you have to ask for the opinion of the public and I do believe that whatever should be done, in order to give correct and adequate governance to the people, ought to be done”, he added.

The Special Adviser to the Governor on Local Government and Chieftaincy Affairs, Mr Titus Zam, also stressed the need to effectively reposition the system for optimum service delivery.

He said: “In Benue State, the local government system inherited by the Ortom administration is clearly not in a position to serve as a vehicle for rural transformation of our rural communities where 70% of our population resides”.

On his part, the Chairman of the All Progressives Congress (APC) in Benue State Mr Abba Yaro asked the newly elected chairmen to ensure good governance always.

He said: “The APC manifesto has placed so much premium on accountability, good governance and transparency and I think the way to go is to allow every tier of government some level of independence so that checks and balances can take centre stage. So, it is a welcome development and we are fully behind the amendment”.

The leadership of the Association of Local Government of Nigerian (ALGON) had told Channels Television that the local government autonomy was long overdue for the purposes of transparency and accountability to the rural dwellers. 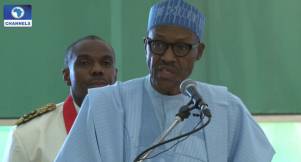 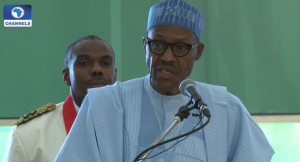 President Muhammadu Buhari says his administration will support a constitutional amendment to free local governments from the stranglehold of states and better the lot of Nigerians at the community level.

The President was speaking when he received the leadership of the Association of Local Governments in Nigeria (ALGON) in Abuja.

He said that a constitutional amendment was urgently required to clearly define the relationship among the three tiers of government.

He described the frosty relationship between states and local government as “a very serious constitutional problem”.

He said: “The relationship between the three tiers of government is not a very nice one, especially that between the local governments and the states.

“The states feel like they own the local government, if they are of the same party.  It is worse if they are not.

“This is a very serious constitutional problem and unless there is absolute clarity and transparency, the relationship will continue to be exploited against the interest of the ordinary people of the country.”

President Buhari advised the ALGON executives to hold consultations with their people and lawyers with a view to presenting a bill that will seek a constitutional amendment to free the councils from the stranglehold of the states.