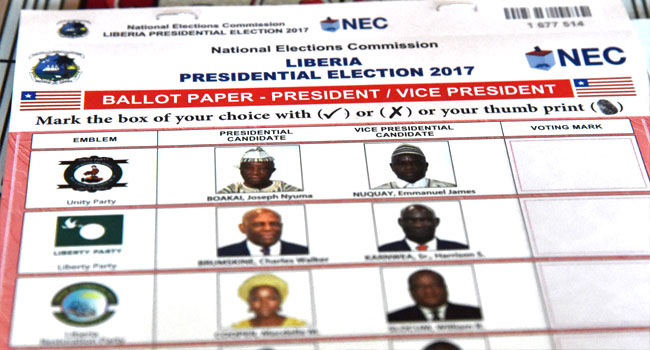 Liberia’s Supreme Court said it will summon the country’s election commission on Thursday over a legal complaint backed by three political parties regarding the October 10 presidential election, potentially delaying a runoff vote.

In a document released late Tuesday, the Supreme Court called on the National Elections Commission to defend itself on November 2 against “constitutional issues raised” in the complaint lodged by an opposition party and backed by the ruling party of presidential candidate and incumbent Vice-President Joseph Boakai.

Boakai is due to face former international footballer George Weah in the November 7 runoff vote, which was called after no single candidate won a majority of votes on October 10.

The Supreme Court also ordered the electoral commission to “stay any and all actions in respect of the pending run-off elections scheduled for November 7, 2017” pending a ruling on the allegations.

A statement released on Sunday by three parties said the election, which saw Weah take the most votes, was “characterised by massive systematic irregularities and fraud”.

The decision throws the scheduled vote into uncertainty and is likely to be met with heavy criticism from the Weah camp.

Benjamin Sanvee, Chairman of the Liberty Party, called the Supreme Court decision “a big step in the right direction.”

“Thankfully the Court recognises the gravity of the issues, and has taken action in defence of the law and democracy,” he said in a texted statement to AFP.

The election was hailed as largely credible by domestic and international observers, despite some recorded irregularities and long delays in voting.

The case comes despite repeated international calls for all sides to ensure Liberia’s first democratic transition in more than seven decades goes smoothly and to accept the official election results. 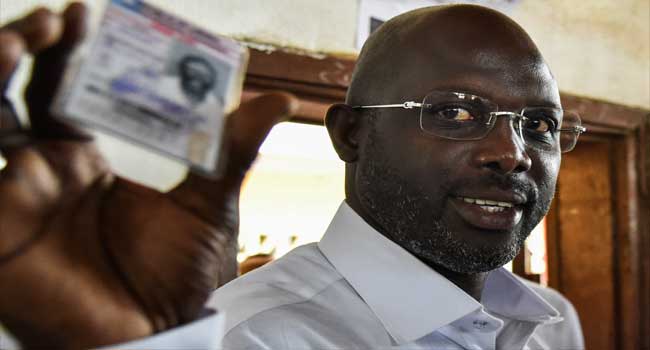 The pair are well clear of all other candidates.

If no single candidate gains more than 50 percent of the vote a runoff will be scheduled in November between the top two contenders, according to Liberian law, but whether this will be necessary is not yet clear.

Turnout among voters in the polling stations counted so far was high at 74.58 percent, NEC Chairman Jerome Korkoya said.

Liberia’s has 2.1 million registered voters. The election should represent the nation’s first democratic transfer of power in seven decades.

Although one party called for a halt to counting alleging irregularities, international observers have said Tuesday’s vote was generally free and fair, despite polling staff causing long lines and confusion due to a lack of training.

The problems caused many polling stations to close late and a delay in counting. The NEC has until October 25 to declare a final result.