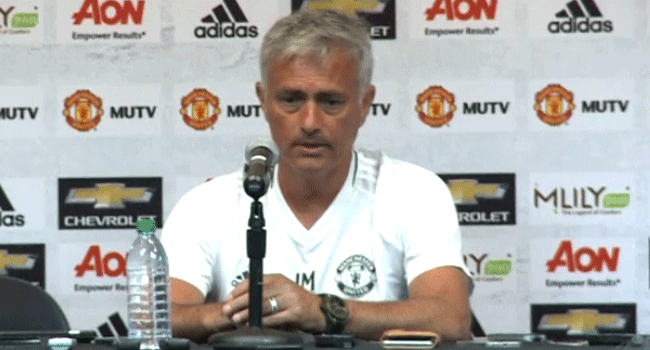 Coach Jose Mourinho has confirmed that Chris Smalling and Victor Lindelof will both start in central defence for Manchester United’s UEFA Champions League game against FC Basel on Tuesday night.

The Reds return to European’s top competition by welcoming the Swiss champions to Old Trafford for the first Group A match.

According to manutd.com, Eric Bailly and Phil Jones, who have started all four of the club’s Premier League games this season, will both miss the match as a result of UEFA bans.

Mourinho said after Saturday’s 2-2 draw at Stoke City that he was impressed with Jones so far this term and that the player would get the chance to have a well-earned rest after also playing twice for England during the international break.

“He’s playing well for us. He’s probably tired of two consecutive matches with the national team but he cannot play on Tuesday,” Mourinho said in his post-match press conference.

“So, it’s good that on Tuesday he gets his rest and it’s an opportunity for Smalling and Lindelof to play the Champions League match.”

It will be Smalling and Lindelof’s first starts for United since the UEFA Super Cup defeat by Real Madrid in August.