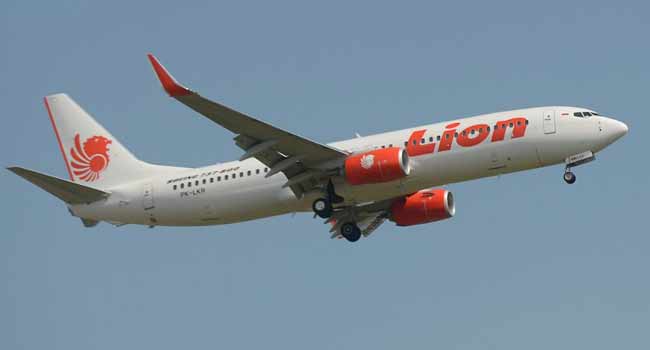 The Wisner Law Firm, which specializes in aviation cases, is also “optimistic” about reaching settlements on its remaining six cases for families affected by the crash in Indonesia, said attorney Alexandra Wisner.

The settlements pay out at least $1.2 million per victim, a person familiar with the matter said.

“We extend our deepest condolences to the families and loved ones of all those onboard Ethiopian Airlines Flight 302 and Lion Air Flight 610,” a Boeing spokesman said.

The aviation giant still faces more than 100 lawsuits in federal court in Chicago following the Lion Air Crash and a second crash of an Ethiopian Airlines plane in March that led to the global grounding of the top-selling 737 MAX.

Boeing in July announced that it would spend $100 million on communities and families affected by the 737 MAX disasters.

On Monday, the Boeing Financial Assistance Fund said it was open to accepting claims and would spend $50 million on immediate financial assistance to families.

The families of the 346 passengers will each receive about $144,500 and will not be required to waive the right to sue the company, said Kenneth Feinberg, the administrator of the fund.

When will MAX fly again?

The settlements come as the timeframe for the ungrounding of the MAX remains murky.

On Monday, the new head of the Federal Aviation Administration said the decision to permit the MAX to reenter service would be up to each country, an acknowledgement of the lack of consensus among global regulators on the question.

The FAA chief also said there was still no timeframe for clearing the planes to fly in the United States. Boeing has said that it expects to receive regulatory approval early in the fourth quarter for the plane to resume service.

Earlier Wednesday, Boeing announced a number of reforms to boost safety. The company has been accused by critics, including US lawmakers and victims’ families, of cutting corners on safety to boost profit.

Boeing announced it was standing up a new “product and services safety organization” whose mandate would include “investigating cases of undue pressure and anonymous product and service safety concerns raised by employees,” the company said in a press release.

Other steps include emphasizing safety-related experience as a desired criterion of future directors; and a board recommendation to Boeing to work with airlines and other stakeholders to recommend pilot training, including “where warranted, above and beyond those recommended in a traditional training program.”

Pilot training has been a key area of disagreement among international regulators, with the European Union Aviation Safety Agency favoring simulator training for MAX pilots that goes beyond the prior training protocol that centered on a computer tablet.

The FAA has viewed simulator training as unnecessary. 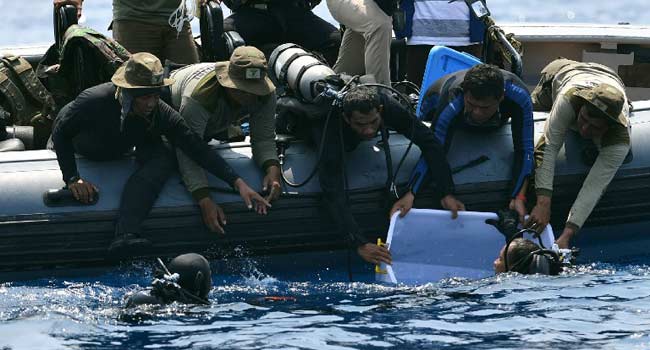 The cockpit voice recorder from an Indonesian Lion Air jet that crashed in October has been recovered, officials said Monday, a discovery that could be critical to explaining why a brand new plane fell out of the sky just after take-off.

The Boeing 737 MAX vanished from radar about 13 minutes after departing Jakarta, slamming into the Java Sea moments after pilots had asked to return to the capital and killing all 189 people onboard.

The bright orange voice recorder was discovered early Monday about 10 meters from a flight data recorder that was pinpointed back in November, authorities said.

More human remains were also found near the voice recorder, he added, without giving details.

“This will really help the investigation process… and could give some more answers on the cause” of the crash, said Jakarta-based aviation analyst Dudi Sudibyo.

The plane’s previously discovered flight data recorder supplied information about the speed, altitude and direction of the plane before it plunged into the sea on October 29.

A preliminary crash report from Indonesia’s transport safety agency suggested that pilots of Flight 610 struggled to control the plane’s anti-stalling system just before the accident.

It also found that the Lion Air jet should have been grounded over a recurrent technical problem before its fatal journey, as it criticised the budget carrier’s poor safety culture.

But it did not pinpoint a definitive cause of the crash and a final report is not likely to come before later this year.

Despite the name, black boxes are usually bright orange with reflective stripes, and all commercial planes are obliged to have them on board.

They’re built to survive at vast depths and in extreme heat and are fitted with a beacon which can emit a signal for one month.

Authorities called off the grim task of identifying victims of the crash in November, with only 125 people identified after tests on human remains that filled some 200 body bags.

Despite a dubious safety record and an avalanche of complaints about shoddy service, the budget carrier’s parent Lion Air Group, which operates five other airlines, has captured half the domestic market in less than 20 years of operation.

It has now become Southeast Asia’s biggest airline group by a fleet.

Indonesia’s aviation safety record has improved since its airlines, including national carrier Garuda, were subject to years-long bans from US and European airspace for safety violations, but the country still recorded more than three dozen fatal accidents over the past 15 years.

Nearly 30 relatives of the crash victims have filed lawsuits against Boeing, alleging faults with the 737 MAX led to the deaths.

The single-aisle Boeing plane is one of the world’s newest and most advanced commercial passenger jets.

After investigators said the doomed aircraft had problems with its airspeed indicator and angle of attack (AoA) sensors, Boeing issued a special bulletin telling operators what to do when they face the same situation.

An AoA sensor provides data about the angle at which air passes over the wings and tells pilots how much lift a plane is getting. The information can be critical in preventing an aircraft from stalling.

The plane’s flight data recorder showed that pilots had repeatedly tried to correct its nose from pointing down, possibly after erroneous data from AoA sensors was fed into a system that automatically adjusts some of its movements.

The preliminary crash report stopped short of making any recommendations to Boeing but it has come under fire for possible glitches on the 737 MAX, which entered service in 2017.

The Boeing 737 MAX vanished from radar 13 minutes after taking off from Jakarta on October 29, crashing into waters off the north coast of Indonesia’s Java Island and killing all 189 people onboard.

Authorities called off the grim task of identifying victims of the crash last month, with only 125 people officially identified after tests on human remains that filled some 200 body bags.

Following requests from victims’ families, Lion said it had allocated 38 billion rupiah ($2.6 million) to hire a Dutch company to continue the search with its ship the MPV Everest.

“The search operation will focus on the latest coordinates of the crash… with an operational time of 10 consecutive days in December,” the airline said in a statement.

The MPV Everest, a 142-meter long vessel with state-of-the-art remotely operated vehicles, will arrive near the crash site on Wednesday.

Bad weather had delayed its trip from the Malaysian port of Johor Baru.

News that the hunt for the wreckage would continue with the new vessel was welcomed by Evi Syamsul Komar, whose nephew was aboard the flight.

“We have heard many promises before, we don’t know who to trust anymore, but our family is still waiting,” Komar told AFP.

Dozens of family members whose loved ones were killed in the crash protested in Jakarta last week, demanding the search continue.

They called on authorities to help retrieve the remaining 64 bodies and pay compensation.

Nearly 30 relatives of the crash victims have filed lawsuits against Boeing, alleging faults with the new model 737 MAX led to the deaths.

The preliminary crash report from Indonesia’s transport safety agency suggested that pilots struggled to control the plane’s anti-stalling system immediately before the crash.

Investigators also found that the Lion Air jet should have been grounded over a recurrent technical problem before its fatal journey, but did not pinpoint a cause of for the accident.

The planes cockpit voice recorder is yet to be found.

A final report is not likely to be filed until next year.

A Lion Air passenger jetunderway involved in another accident — just a week after a plane from the Indonesian airline crashed with the loss of all 189 people on board.

In the latest incident, the jet clipped a pole as it taxied to the runway at Bengkulu airport on Sumatra island ahead of its flight to Jakarta.

The plane’s left wing was visibly damaged, forcing all passengers to disembark. They were flown to the capital later Wednesday evening aboard a different aircraft.

“Lion Air apologises to all passengers for any inconvenience… it has sent a team to inspect the aircraft,” the spokesman said.

The transport ministry said it would launch an immediate investigation.

“The plane and the pilot have been grounded for investigation,” said Pramintohadi Sukarno, a senior ministry official.

The accident happened just 10 days after a Lion Air Boeing 737-Max 8 plane plunged into the Java Sea minutes after takeoff from Jakarta to Pangkal Pinang city.

All 189 people on board were killed and the Indonesian National Transportation Safety Committee has said that flight recorder data has so far revealed the plane’s airspeed indicator had not been working properly on its last four journeys, including on the fatal flight.

But the preliminary result of the investigation will only be known at the end of November.

“Today we will remove Lion’s technical director from his duties to be replaced by someone else, as well as technical staff” who cleared the flight to depart, Budi Karya Sumadi was reported as saying.