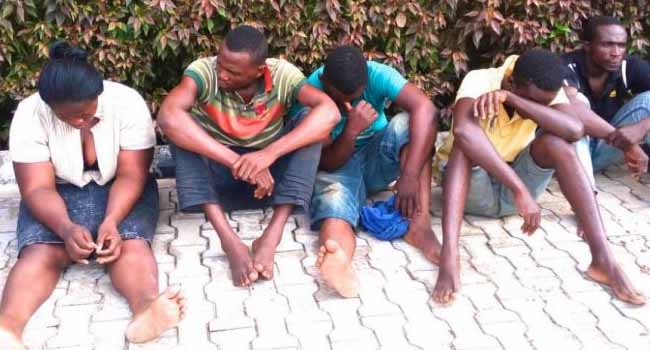 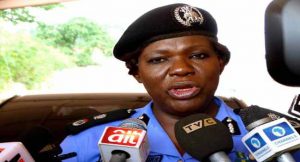 The Ondo State Police Command has paraded nine crime suspects, apprehended from various parts of the state in the last one month.

Addressing newsmen at the state command headquarters in Akure, Commissioner of Police, Hilda Ibifuro-Harrison, stated that among the suspects was a telecommunications mast vandal, vehicle thief, fake soldier as well as a kidnapper.

The Police boss said “from the nooks and crannies of the state, from Akure to Ondo to Owo, persons have been robbed of their various articles of trade, personal properties, including vehicles as you can see displayed.

“Some of these persons were arrested ‎for vandalizing an MTN mast.

“Somewhere around the bank too, some other persons were arrested, while locally made pistols were recovered from them as well as an Army camouflage uniform,” she said.

She further revealed that some persons were kidnapped along Isua /Ose Road and three kidnappers were arrested.

Praising members of the public, she said “the Police cannot work without information and intelligence, I must therefore commend all those persons who have found time to inform us.

Mrs Harrison explained to the press that in Ondo State, telephone numbers of tactical leaders and various teams had been circulated for easy access in case of emergency occurrences.

She said members of the public had been responding to the telephone numbers by giving the force useful information that have helped to track and arrest individuals involved in crime.

“I once again want to appeal to members of the public not to get tired of the Police. We are working for you and when we work with you, we achieve better results, that is the essence of community policing,” she urged. 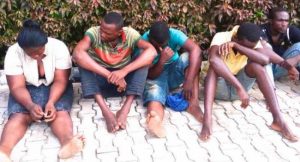 One of the armed robbery suspects who was apprehended, Gbenga Adewale, claimed to be an auto mechanic as he was caught with a stolen Toyota Camry.

Adewale denied the allegations, claiming that he had personally purchased the car, which is worth over three million Naira.

“I bought ‎Muscle Camry from Tosin, I gave him 650 thousand Naira and he said he wanted to sell it for 1.9 million Naira”.

Another crime suspect, 18-year-old Elijah Okpara said: “I told an elderly friend that I don’t have work and money and he said he would introduce me to a business.

“When I met him, he gave me a bag containing clothes but I didn’t know a gun was wrapped in the cloth.

“The security men in the area suspected our movements, chased us and handed us over to the Police who opened the bag and found the gun in it,” he said.

Troops of the Nigerian Army have destroyed hideouts of livestock rustlers and armed bandits in operations military said were tremendously successful.

The feat is in continuation with the clearance of all suspected livestock rustlers and armed bandits’ camps and hideouts in Nigeria, especially in the northwest region.

Troops of 223 Battalion, One Brigade of One Division on Friday raided suspected livestock rustlers and armed bandits’ camps at Tofa forest in Gusau Local Government Area (LGA) of Zamfara State.

During the operation, an armed bandit was killed while few others sustained gunshot wounds.

The troops recovered a Dane gun, two locally made pistols and four motorcycles while the camps were destroyed in line with established procedure.

The Army spokesman, Colonel Sani Usman, revealed in a statement on Saturday that the troops also went on a long-range patrol along Dumburum-Batsari forest axis in Zurmi LGA of Zamfara State and part of Katsina State.

“They also discovered several cattle rustlers and armed bandits’ camps and destroyed them after an encounter with the bandits in the area.

“Here too, the troops killed a bandit while others fled on motorcycles and recovered three locally made pistols.

“Thereafter, the patrol team proceeded to Batsari in Katsina State and linked up with troops of 35 Battalion of Three Brigade, Nigerian Army and cleared several bandits’ camps within the area.

“The troops in conjunction with Nigeria Police also recovered a stolen Mercedes Benz car model E200 with registration number Lagos CW 504 LND from one Gambo Ibrahim of Kubacha town, that was stolen at New Karu.

“He, however, abandoned seven rustled cattle. 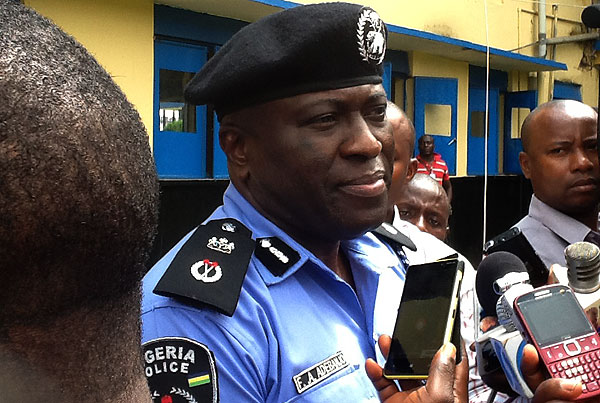 Edo State Police Command have paraded 50 suspected criminals, including the kidnappers of Dr. Izebuwa who was murdered in Ekpoma by his abductors.

The State Commissioner of Police, Foluso Adebanjo, while addressing journalists, thanked the people of the state for their support in the fight against criminality, stating that 2014 will be very tough for criminals in the State.

The suspects were paraded alongside large cache of arms, which includes AK-47 rifles, locally made pistols, live cartridges and several other exhibits.

Also paraded was a 33 year old suspect who confessed to sodomising five boys between the ages of 7 to 13.

CP Adebanjo warned inter-state robbers to stay clear of the state, as the command is doing their best to make the state safe for its residents.

Meanwhile, Edo State residents have called on the State Ministry of Transport to check the unruly behaviour displayed by some officials of Edo State Traffic Management Agency (EDSTMA).

Residents made the call after alleged  series of harassment and intimidation experienced from the EDSTMA officials while discharging their duties in the state.

A driver was said to have been stripped and beaten by same officials of EDSTMA sometime ago, prompting residents to call for proper training of these men.

However, the Head of Operations, EDSTMA, Amadin Owas, has blamed motorists who contravene traffic laws with impunity, for provoking the attitude displayed by some of his men.