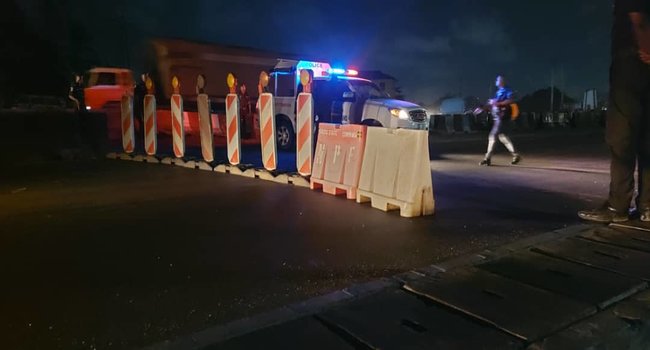 Eight persons were reportedly burnt to death in a lone accident involving a Mazda passenger bus around Saapade bridge by Straight Gate college on Lagos-Ibadan expressway on Saturday night.

This was confirmed by the sector commander of the Federal Roads Safety Corps (FRSC), Ahmed Umar, to newsmen in Abeokuta on Sunday.

He explained that the accident occurred around 8:45 pm was caused by tyre burst.

“The suspected cause of the lone accident involving the Mazda bus marked AAA 249 VX was tyre burst which led to the loss of control then crash and the bus went into flames immediately,” he said.

He adds that the FRSC operatives contacted the Sagamu Fire Service immediately for joint rescue operations.

Eleven persons were said to be involved in the accident which comprised three male adults, one female adult, one child and six others unidentified.

Three injured victims were taken to Idera Hospital, Sagamu for medical attention while the health department of Remo North Local government was contacted for the burnt victims.

The FRSC, however, advises motorists to drive cautiously, obey traffic rules and regulations, and ensure that their tyres are in good condition always. 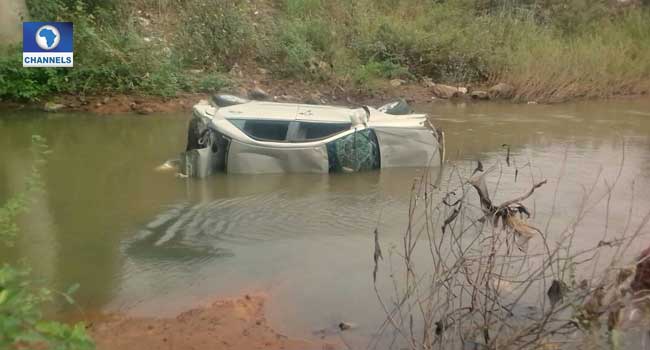 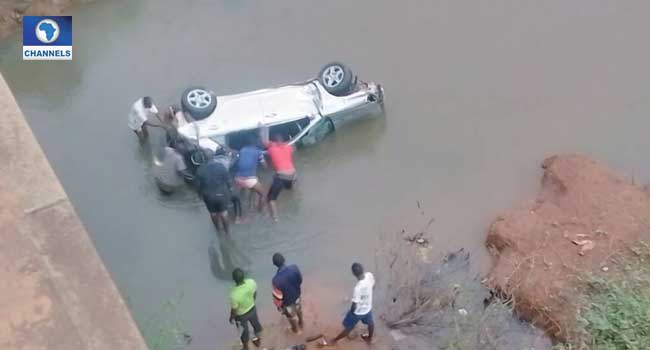 It was a miraculous escape early this morning for the driver a saloon car after his vehicle plunged into Asa river in Ilorin, the Kwara state capital.

Eyewitnesses said the accident happened around seven o clock when the lone occupant of the car who was driving at very high speed lost control while trying to avoid a pothole on the bridge.

The car flew off the bridge and crashed into the river, several meters below.

Passersby are said to have hauled the male driver out of the wrecked car alive and almost unscathed except with a few bruises on his hands.

Channels Television reports that following the failure of emergency services to arrive on the scene, the people proceeded with efforts to fish the wreckage out of the water.