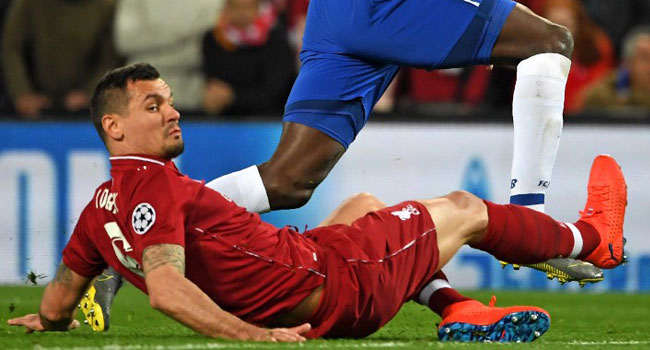 Liverpool defender Dejan Lovren has completed a move to Russian side Zenit St Petersburg for a reported £10.9 million ($14 million) after slipping down the pecking order at Anfield.

The 31-year-old, who joined the newly crowned Premier League champions from Southampton in 2014, made just 15 appearances this season, falling to fourth-choice centre-back behind Virgil van Dijk, Joe Gomez and Joel Matip.

The Croatian has been troubled with niggling injuries over the past two years.

“Another Liverpool legend who leaves the club, because he was absolutely a very, very important part of this team from the first day since I was in,” manager Jurgen Klopp told liverpoolfc.com.

“When he was fit, he was very, very, very often in the team. A great player and a great person,” Klopp added.

“Really good, in the air a machine, and I really liked working together with him. It will be interesting to follow Zenit St Petersburg now. I wish him the best of luck.” 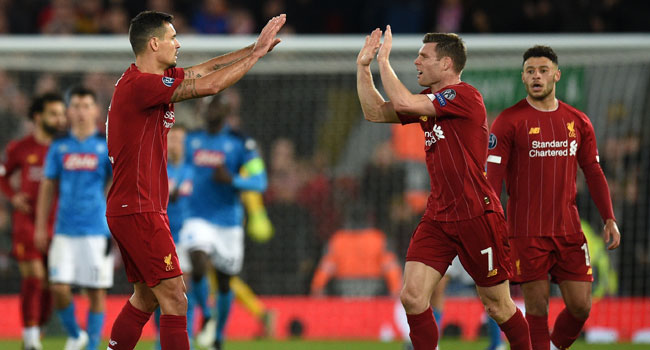 Liverpool were made to wait to secure their place in the last 16 of the Champions League as Napoli secured a vital point with a 1-1 draw at Anfield on Wednesday.

Dries Mertens threatened to inflict Liverpool’s first home defeat in the Champions or Premier League since April 2017 with a sweetly struck opener midway through the first half.

Dejan Lovren’s header protected that proud unbeaten run, but the holders still need to get at least a point away to Salzburg on December 10 to secure their passage into the last 16.

Napoli remain a point behind Liverpool but are well-placed to reach the knockout stages as they host winless Genk in two weeks’ time.

The Italians had travelled to Merseyside in disarray with coach Carlo Ancelotti seemingly on the brink of being sacked after a slump in Serie A.

President Aurelio De Laurentiis has also threatened to sell the entire squad and take legal action against the players after they refused his orders to be confined to a week-long training camp earlier this month.

However, the Italians are the only side to have beaten the European champions this season and proved a thorn in Liverpool’s side again.

Jurgen Klopp’s men were unsettled by the early loss of Fabinho to injury and were unhappy when the visitors opened the scoring on 21 minutes.

Mertens leaned into Virgil van Dijk as the Dutchman headed clear and was left on the ground holding his side.

Napoli played on and when the ball was played forward again Mertens was unmarked to run through before beating Alisson Becker from a narrow-angle.

After a VAR review for a potential foul and offside, the goal was allowed to stand and there were a few more nervy moments for the home fans before Van Dijk got back to his feet and was able to continue.

Klopp grew increasingly frustrated on the touchline as Liverpool failed to find their rhythm before the break.

However, a talking to from the German-inspired a second-half turnaround.

Kalidou Koulibaly bailed out his goalkeeper with a clearance off the line from Roberto Firmino after Alex Meret dropped a simple cross into the box.

Mohamed Salah was left out of Saturday’s late win at Crystal Palace due to an ongoing ankle problem and again looked far from his best.

The Egyptian snapped at his best chance from Andy Robertson’s cross before Firmino headed another good opportunity wide.

It seemed a matter of time before the equaliser arrived, but when it did it came from an unlikely source as Lovren rose above Mertens to power home James Milner’s corner.

Again a VAR check was needed as Mertens this time claimed to be the victim of a push, but the goal stood.

Liverpool have made a habit of scoring late to soar clear at the top of the Premier League, but there was no late drama this time round to leave the Reds with work to do in Austria. 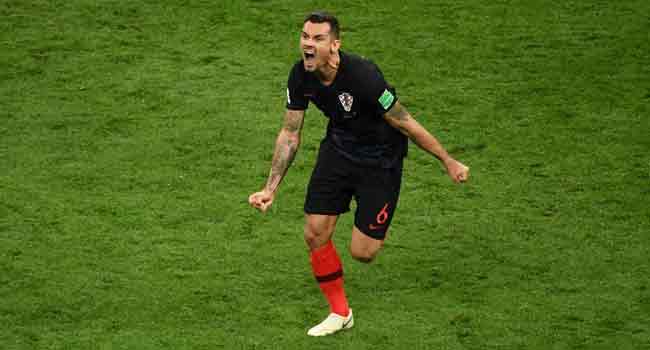 Liverpool defender Dejan Lovren says the Premier League leaders can go through the whole season unbeaten, matching the achievement of Arsenal’s ‘Invincibles’ in 2003/04.

Jurgen Klopp’s side are one point clear of defending champions Manchester City after 14 wins and three draws from 17 games.

“Hopefully we can be unbeaten until the end of the season,” said Lovren, buoyed by Sunday’s victory over arch-rivals Manchester United.

“Of course it will be a challenge but this is what we want, this is why we came here to Liverpool, because we know we can do it. Arsenal did it before so why not?”

Liverpool have not won the English top-flight since 1990 but could extend their lead over Pep Guardiola’s City to four points with a win at Wolves on Friday.

Lovren knows their title rivals have few weaknesses and the outcome of the season will most likely come down to who makes the fewest mistakes.

“I’m not sure that they have any weaknesses,” he added.

“Last year they won by 19 points. They know how to manage even when they lose. They also lost one or two games last year and still they managed to be 19 points ahead.” 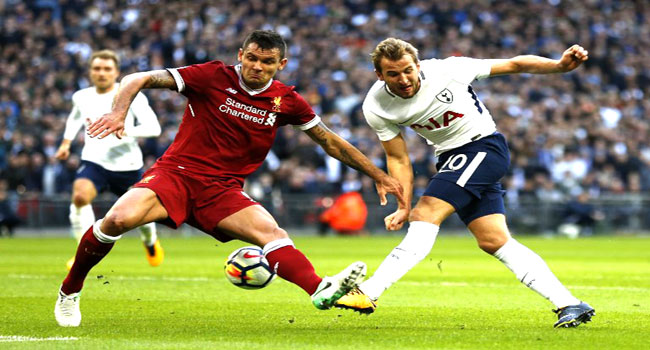 The Croatian posted a direct message on Instagram he had received from a user that read: “I’m gonna murder ur family u Croatian prick.”

The 28-year-old captioned it with “horrible what kind of people we have”.

He added: “I don’t mind when people talk shit about me, it says more about them! But I cannot ignore when my family is threatened. I just can’t and won’t accept that. Disgusting.”

Liverpool manager Jurgen Klopp last week defended his player after substituting him just 31 minutes into a 4-1 loss at Tottenham Hotspur.

His performance was widely criticised but Klopp said: “I don’t wish one of you to have your mistakes discussed in public. You cannot even imagine how it feels.

“The boys are in the first place still human beings but you look like you are watching an accident and you are the kind of people standing around with smartphones instead of helping. I’m not this kind of person.

“We had a normal week. Of course, it’s not the nicest week in Dejan’s life but it’s only football. People don’t become a better or a worse person through making a mistake in a football game.

“If I think about Dejan, I have much more positive things than negative things.” 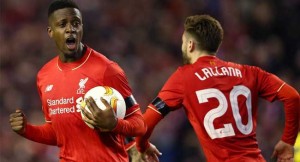