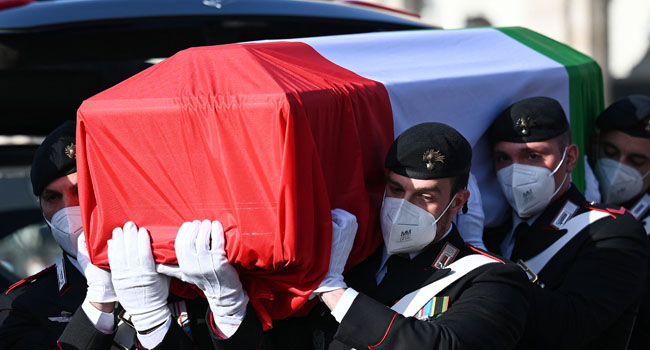 Italy paid final respects Thursday to its ambassador to the Democratic Republic of Congo, who was killed with his bodyguard and driver during an ambush on a UN convoy.

Luca Attanasio, 43, was shot dead on Monday after unidentified assailants ambushed a two-vehicle convoy from the UN’s World Food Programme (WFP) in which he was travelling.

The group was en route to a school programme in the eastern province of North Kivu, near the Rwanda border.

To the strains of Chopin’s funeral march, carabinieri bore the coffins of the two Italians, who were repatriated on Tuesday, into Rome’s Saint Mary of the Angels church for a state funeral.

Along with the families of Attanasio and Iacovacci, Prime Minister Mario Draghi, the speakers of the Senate and the Chamber of Deputies and several government ministers attended the ceremony presided over by Cardinal Angelo De Donatis.

“Today we feel the anguish of three families, two nations and the entire family of nations. An anguish because the peace so longed for is not present… because the promises of justice have been betrayed”, De Donatis said in his homily.

“Luca, Vittorio and Mustapha have been torn from this world by the clutches of a stupid and ferocious violence… that only brings pain,” he added.

Before the funeral, Draghi had a meeting with Patrick Luabeya, a “special envoy” of DRC President Felix Tshisekedi, “focused on (Monday’s) tragic deaths,” the Italian premier’s office said.

– ‘Reconstruction of peace’ –
Passionate about Africa, Attanasio was the first Italian diplomat to be killed since 1990.

The European Union’s ambassador to the DRC, Jean-Marc Chataigner, told Rai television that Attanasio liked to go “into the field”.

“He had a special attachment to the east of the country, an area forgotten by the international community,” Chataigner said. “I think he also wanted to make his contribution to the reconstruction of peace.”

According to Congolese and Italian authorities, the convoy was ambushed three kilometres (two miles) from its destination, the town of Kiwanja, in the territory of Rutshuru, north of Goma.

After shooting Milambo, six assailants with AK-47s assault weapons forced the occupants of the two vehicles to follow them into the Virunga National Park, a wildlife reserve.

When nearby rangers and Congolese soldiers alerted by the gunfire approached the assailants, Attanasio and Iacovacci were shot.

DRC authorities accused the Rwandan Hutu rebels of the Democratic Forces for the Liberation of Rwanda (FDLR), who have denied any involvement and instead blamed members of the Rwandan and Congolese armies. 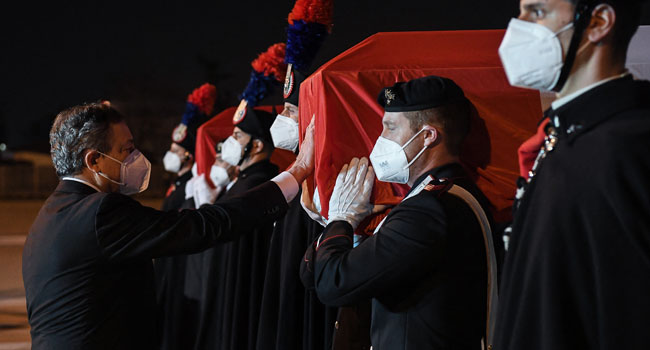 The body of the Italian ambassador killed in the Democratic Republic of Congo arrived in Rome late Tuesday, as Rwandan Hutu rebels denied accusations they were behind the attack and instead blamed the armies of the DRC and Rwanda.

Luca Attanasio, 43, died on Monday after a World Food Programme (WFP) convoy was ambushed in a dangerous part of eastern DRC.

DRC President Felix Tshisekedi and his wife had earlier made a “condolence visit” to the family at the Italian ambassador’s residence.

The DRC’s interior ministry on Monday blamed the killings on “members of the Democratic Forces for the Liberation of Rwanda (FDLR)” — a Rwandan Hutu rebel group that has plagued the region for more than a quarter of a century.

But the FDLR rejected the allegation, blaming the Rwandan army and the Armed Forces of the Democratic Republic of the Congo (FARDC) in a statement received by AFP Tuesday.

It said the ambassador’s convoy was attacked near the Rwandan border, “not far from a position of the FARDC”.

“The responsibility for this despicable killing is to be found in the ranks of these two armies and their sponsors who have forged an unnatural alliance to perpetuate the pillaging of eastern DRC,” it said.

Authorities in both countries have not reported the presence of any regular Rwandan troops in the DRC.

An expert at the Kivu Security Tracker (KST), a US monitor, told AFP the Hutu rebel group, however, has a known presence in the region.

“The FDLR are near the place where the attack took place. It’s in the realm of possibility that the Rwandan rebels are responsible,” the expert said, speaking on condition of anonymity.

Scores of militias roam the DRC’s four eastern provinces, many of them a legacy of wars in the 1990s that sucked in countries around central-southern Africa and claimed millions of lives.

Some of the FDLR’s founders were involved in the 1994 Rwandan genocide during which the Hutu majority slaughtered 800,000 people, mainly Tutsis but also Hutu moderates.

The group is opposed to the current Rwandan government, but has not launched any large-scale attacks in Rwanda since 2001.

– Dangerous region –
Monday’s attack occurred north of the North Kivu capital of Goma on National Highway 2 — a road that runs through thickly forested, mountainous terrain next to the porous border with Rwanda.

The world-renowned Virunga National Park, a UNESCO-listed wildlife reserve that is a haven for critically-endangered mountain gorillas, straddles the area.

Tshisekedi’s office said Attanasio had arrived in Goma on Friday morning aboard a MONUSCO plane.

He left on Monday morning in a two-vehicle WFP convoy heading for Kiwanja, in the Rutshuru area, accompanied by his bodyguard and WFP workers, it said.

The convoy was ambushed three kilometres (1.9 miles) from their destination by six assailants, armed with five AK-47 assault rifles and a machete.

“They proceeded by firing warning shots before forcing the people in the vehicles to get out and follow them into the depths of the (Virunga) park, which they did by shooting dead one of the drivers to create panic,” the president’s office said.

Park rangers and army troops nearby heard the noise and pursued the attackers.

“Five hundred metres (from the site of the ambush), the kidnappers fired point-blank at the bodyguard, who died on the spot, and at the ambassador, hitting him in the abdomen,” the presidency added.

– Security questions –
After the Italian government expressed shock and outrage at the attack, newspapers in Rome on Tuesday raised questions about security preparations for the trip.

Foreign Minister Di Maio is scheduled to speak to lawmakers about the attack on Wednesday.

The DRC interior ministry said Monday that security services and provincial authorities had not been informed of the trip in advance.

“(They) were unable to provide special security for the convoy or come to its aid because of a lack of information about their presence in this part of the country, despite its reputation for instability,” it said.

But the WFP said the attack “occurred on a road that had previously been cleared for travel without security escorts”.

A UN humanitarian official in the DRC, who spoke on condition of anonymity, said that this meant the convoy had to be a minimum of two vehicles. 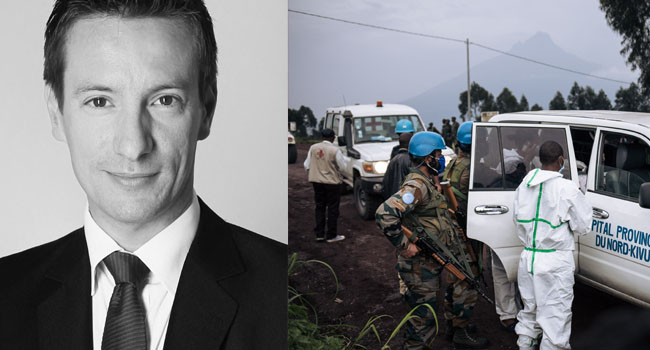 Italy’s ambassador to the Democratic Republic of Congo was among three people killed on Monday when a UN convoy was ambushed in the country’s troubled east, an attack the government blamed on a Rwandan Hutu rebel group.

Luca Attanasio died of his wounds after a World Food Programme (WFP) convoy came under gunfire near Goma while he was on a field trip, a senior diplomatic source said in Kinshasa.

The Italian government confirmed Attanasio’s death and said an Italian policeman, Vittorio Iacovacci, as well as a driver it did not identify, had also died.

President Sergio Mattarella lashed what he called a “cowardly attack.”

“The Italian republic is in mourning for these servants of the state who lost their lives,” he said in a statement.

Foreign Minister Luigi Di Maio expressed his “great dismay and immense sorrow”, breaking off from a meeting in Brussels with EU counterparts to make an early return to Rome.

The DRC’s interior ministry, in a statement, blamed the attack on “members of the Democratic Forces for the Liberation of Rwanda (FDLR),” a Rwandan Hutu rebel group that has plagued the region for more than a quarter of a century.

Four people were kidnapped, one of whom was later found, it said.

Attanasio, 43, had been representing Italy in Kinshasa since 2017, first as head of mission, and then as ambassador from October 2019.

The envoy suffered “gunshot wounds to the abdomen” and was taken to a hospital in Goma in critical condition, the diplomat in Kinshasa said.

The DRC’s army said its troops were searching the area for the assailants.

– Troubled region –
A vast country the size of continental western Europe, the DRC is grappling with numerous conflicts, especially in its remote, mineral-rich east.

Scores of militias roam the four eastern provinces, many of them a legacy of wars in the 1990s that sucked in countries around central-southern Africa and claimed millions of lives.

According to a US monitor, the Kivu Security Tracker (KST), 122 armed groups were active in North and South Kivu, Ituri and Tanganyika provinces last year. More than 2,000 civilians were killed, according to UN figures issued last week.

Monday’s attack occurred north of the North Kivu capital of Goma, in Nyiaragongo Territory — an area where the FDLR is one of a number of armed groups.

Some of the founders of the FDLR were involved in the 1994 Rwandan genocide in which 800,000 people, mainly Tutsis but also Hutu moderates, were slaughtered by the Hutu majority.

The group is opposed to the current Rwandan government but has not launched any large-scale offensive in Rwanda since 2001.

In April last year, the FDLR was blamed for killing 12 rangers in the Virunga National Park, a UNESCO-listed wildlife reserve that is home to critically-endangered mountain gorillas.

Another group in the area north of Goma is a Congolese Tutsi group also known as the Congolese Revolutionary Army, which took Goma in 2012-2013.

The WFP said Attanasio had been with it on a fact-finding mission.

“The delegation was travelling from Goma to visit a WFP school feeding programme in Rutshuru when the incident took place,” it said in a statement.

“The attack… occurred on a road that had previously been cleared for travel without security escorts,” it said.

But the DRC interior ministry said the security services and provincial authorities had not been given advance warning.

“(They) were unable to provide special security for the convoy or come to its aid because of a lack of information about their presence in this part of the country, despite its reputation for instability,” its statement said.

– ‘Uncommon courage’ –
Attanasio joined the Italian diplomatic service in 2003 and had previously served in Switzerland, Morocco and Nigeria.

He was hailed as “a man gifted with uncommon courage, humanity and professionalism” by Emanuela Del Re, who was deputy foreign minister from 2018 until last month.

“I remember his infectious smile, his class, his great knowledge of African affairs,” she said. “Ciao (good-bye) my dear esteemed Luca.”

Attanasio is the second European ambassador to have been killed while serving in the DRC. 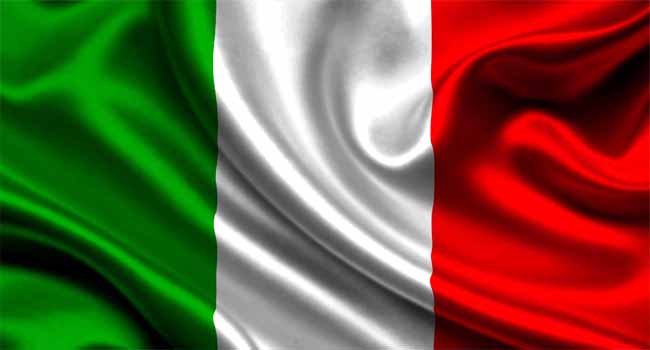 Italy’s ambassador to the Democratic Republic of Congo, Luca Attanasio, was killed on Monday travelling with a UN convoy in eastern DRC, the foreign ministry in Rome said.

“It is with deep sadness that the Foreign Ministry confirms the death, today in Goma, of the Italian ambassador,” the ministry said, adding that an Italian policeman also died.