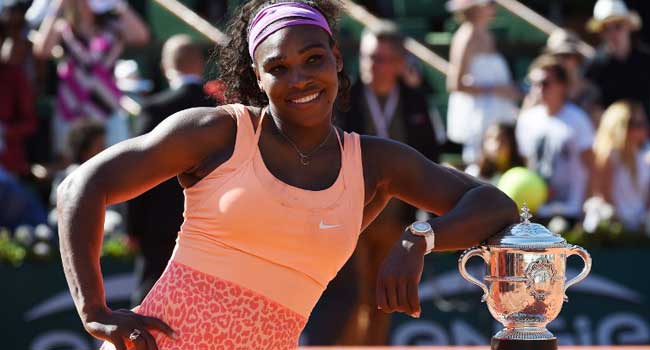 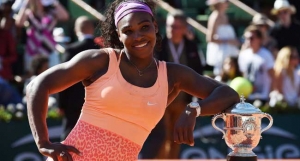 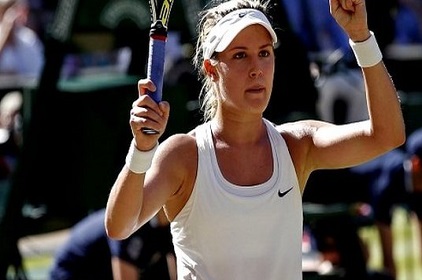 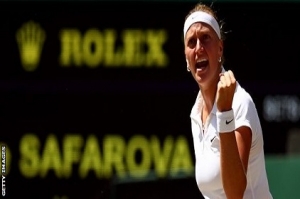 Czech, Petra Kvitova has gotten into the final of Wimbledon Open after defeating compatriot, Lucie Safarova in straight sets at the All England club on Thursday .

Seeded sixth in the tournament, Kvitova , won 7-6 (8-6) 6-1 in the first all-Czech semi-final at a Grand Slam and will play Canadian Eugenie Bouchard in the finals on Saturday.

The 2011 champion moved ahead with an immediate break when she swept a forehand winner across court, but Safarova found her feet quickly and made it 2-2 with a backhand into the corner.

From then on there was little to separate the two left-handers, Kvitova’s more powerful serving pegged back by her greater errors off the ground.

It came down to the finest of margins, with Safarova saving a set point at 5-6 thanks to a fine swinging serve, before Kvitova clinched it with a sharp return and a wrong-footing forehand.

Kvitova was swinging freely as she broke serve with another forehand into the corner at the start of the second set, before coming through a tough service game to move 3-0 in front.

Safarova had a chance to get back in the contest with a break point in game five but she could only find the net as she went for too much on a second-serve return.

Losing her last two Grand Slam semi-finals, Kvitova ensured there would be no hat-trick of defeats as she raced to the finish line, angling away a backhand on match point to get into the finals

She is hoping to get her second grand slam title against 13th seed Eugenie Bouchard, who defeated Romanian Simona Halep to become Canada’s first Grand Slam singles finalist at Wimbledon.

Bouchard, who won the junior title in 2012 and reached the semi-finals at the first two Grand Slams of the year in Australia and France, defeated 3rd seed, Halep 7-6 (7-5) 6-2.