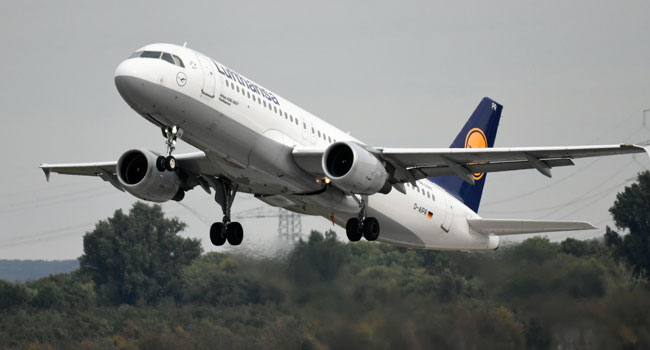 German airline giant Lufthansa said Thursday it made a net loss reaching 1.5 billion euros ($1.7 billion) in the second quarter as the coronavirus pandemic slammed the brakes on travel.

The German flag carrier carried around 1.7 million travellers during the three months to the end of June — a 96 percent drop from the same period last year as lockdowns to slow the spread of the coronavirus restricted air travel worldwide.

Profit in the same period of the previous year was 754 million euros.

Lufthansa said demand for air travel would return to pre-crisis levels in 2024 at the earliest, as it predicted a “clearly negative” operating loss in the second half.

The group, which received a government bailout worth 9 billion euros, had announced in June that 22,000 jobs would have to go.

Although it had said then that it would use schemes for shorter work hours and other crisis arrangements to avoid outright redundancies, the company said Thursday that was now “no longer realistically within reach for Germany either”.

The collapse in traffic led to an 80 percent drop in quarterly revenue to 1.9 billion euros for Lufthansa Group, which also includes Austrian Airlines and Swiss. In the second quarter of last year, Lufthansa reported revenue of more than 9.5 billion euros.

The company said its fleet is to be permanently reduced by at least 100 aircraft, although its 2024 capacity will correspond to that of 2019.

Lufthansa previously said they would reduce its use of Airbus A380s and Boeing 747s.

In June, Lufthansa secured a 9 billion euro bailout from the German government, which now has a 20 percent stake in the group.

The airline said it now has 11.8 billion euros in liquidity, including government funds.

The group said it has so far reimbursed around 2 billion euros to customers in 2020 due to cancelled flights.

Fraport, which controls Frankfurt Airport, Lufthansa’s main hub, said this week it plans to cut 3,000 to 4,000 jobs — as much as one-fifth of its workforce. 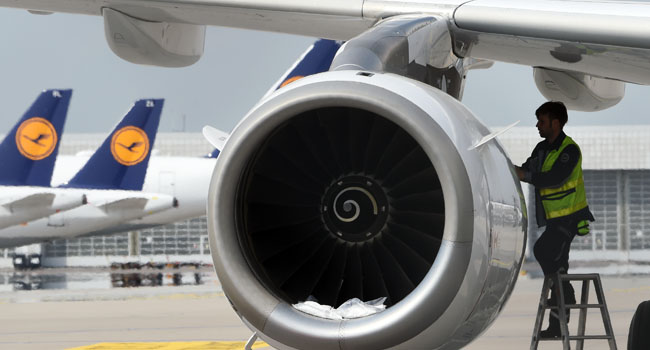 German airline Lufthansa said Thursday that it would have to slash 22,000 full-time jobs as it predicts a muted recovery in demand for travel following the coronavirus pandemic.

“The recovery in demand in the air transport sector will be slow in the foreseeable future,” the airline said.

The group will operate about 100 less aircraft after the crisis, leading to “a total of 22,000 fewer full-time positions in the Lufthansa Group, half of them in Germany”.

The posts make up 16 percent of the Lufthansa Group’s total workforce of 135,000.

The airline said however that it would look at how it could use schemes for shorter work hours and other crisis arrangements to avoid outright redundancies.

Lufthansa, like its peers, has been brought to its knees by restrictions introduced to curb the spread of the coronavirus.

Around 700 of the group’s 763 aircraft were grounded at the peak of the lockdowns and it was forced to place 87,000 workers on government-backed shorter hours schemes.

Lufthansa’s supervisory board last week approved a nine-billion-euro bailout deal from the German government after the company posted a first-quarter net loss of 2.1 billion euros ($2.3 billion).

The bailout will see the German government take a 20-percent stake in the group, with an option on a further five percent plus one share to block hostile takeovers.

The airline has also lost its place on Frankfurt’s Dax 30 index after its share price collapsed.

“Without a significant reduction in personnel costs during the crisis, we will miss the opportunity of a better restart from the crisis and risk the Lufthansa Group emerging from the crisis significantly weakened,” said Michael Niggemann, who heads the airline’s human resources and legal affairs departments.

The Nigerian Airspace Management Agency (NAMA) has stated that the nation experienced a 12.8% increase in aircraft movement in the first six months of the year 2012, thereby affirming the safety of the nation’s airspace.

The statement is coming on the heels of allegations that foreign airlines are avoiding flying the Nigerian airspace en route other countries.

According to the Managing Director of NAMA, Mr Nnamdi Udoh, foreign airlines like British Airways, KLM Royal Dutch Airline, Air France and Lufthansa Airline are currently flying the Nigerian airspace frequently and they are asking for more slots.

“They would not be asking for more frequencies if the nation’s airspace was unsafe” he inferred.

Mr Udoh also noted that more foreign airlines such as Etihad Airways are bidding to launch their services in the Nigerian airspace, stating the federal government is only restricting their services to encourage local airlines ply the same routes.

He also revealed that revenues earned the international flyers increased by 5 per cent there by leading to another increase of 8 per cent in passengers.