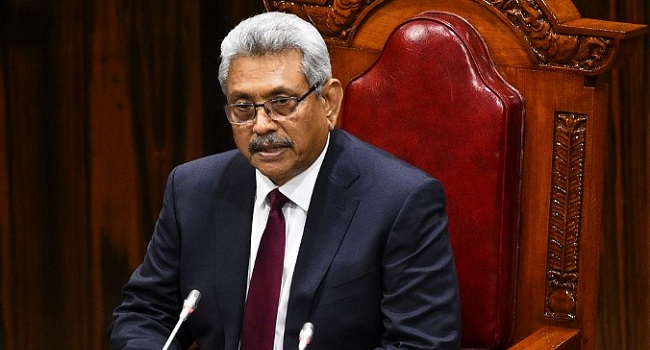 Gotabaya Rajapaksa and his elder brother, Prime Minister Mahinda Rajapaksa, campaigned for voters to give their party a two-thirds parliamentary majority in the August 5 poll so they could roll back reforms brought in by the previous administration.

Their Sri Lanka Podujana Party (SLPP) won 145 seats and secured the support of six allies, one seat more than the minimum number needed to change the constitution in the 225-seat legislature.

“The people have given us the mandate we wanted for a constitutional amendment,” Rajapaksa said in his address to parliament, adding it would be “our first task”.

He also repeated a previous assertion, without giving further details, that he wanted an entirely new constitution to replace the current one introduced in 1978 when Sri Lanka changed to a presidential system.

The Rajapaksa brothers are adored by the Sinhala-Buddhist majority for spearheading the defeat of Tamil separatist militants in 2009 to end the bloody 37-year civil war when Mahinda was president and Gotabaya was secretary to the ministry of defence.

But they have also attracted criticism from the international community, with the security services they controlled accused of war crimes committed in the final months of the conflict.

Mahinda was ousted from the presidency after a decade in power when he lost the 2015 elections.

But with Gotabaya’s election in the November 2019 presidential poll, and his appointment of Mahinda as PM, analysts warn that the brothers would try to ensure they do not lose power again.

Gotabaya’s remarks came as the new parliament opened its first session Thursday with a murderer and an accused killer among its ranks.

One member of the new legislature was convicted of murder only after nominations closed for the August 5 polls — allowing him to run for a seat — while another is awaiting trial.

Premalal Jayasekara, a returning MP from the ruling SLPP, was found guilty in the killing of a political activist in 2015.

Jayasekara — who did not appear in person for the first parliamentary session — is appealing against the verdict as well as the death sentence he was given.

He is the first convicted murderer to serve as an MP in Sri Lanka, where there is no provision under the law to disqualify him until he serves six months behind bars.

Sivanesathurai Chandrakanthan, in parliament for the first time after winning a seat for a minor party in an alliance with the SLPP, was escorted from prison to attend Thursday’s parliamentary session.

He is awaiting trial for allegedly killing a legislator during a 2005 Christmas mass.

Brushes with the law are no bar to a career in politics in South Asia.

More than 40 percent of lawmakers in neighbouring India’s parliament face criminal charges — some as serious as murder and rape –- according to an electoral reform group, the Association of Democratic Reforms. 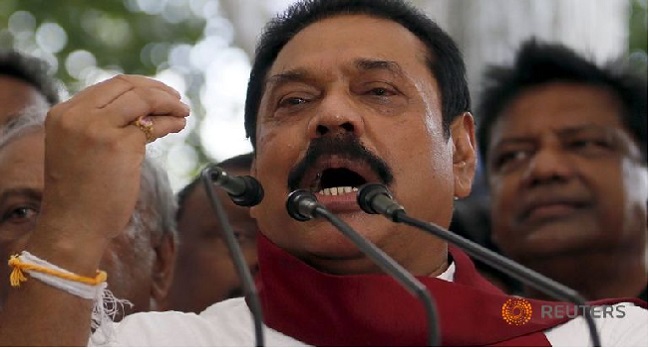 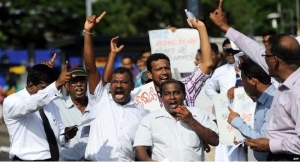