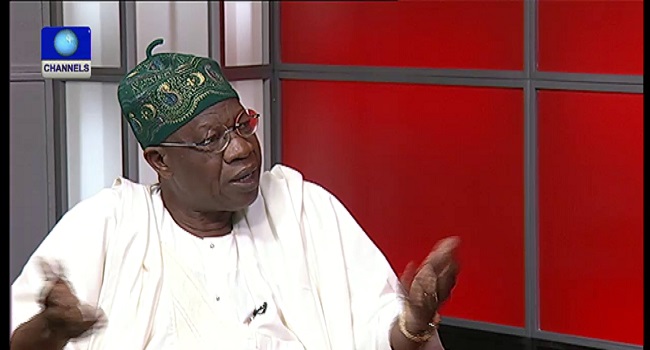 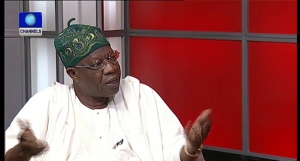 The Federal Government of Nigeria has reiterated its commitment to reducing insurgency to its barest minimum by December 31.

The Minister of Information and Culture, Mr Lai Mohammed, on Saturday, told a news conference in Maiduguri, the capital of Borno State, that at least 86 villages and towns had been liberated in the north-east.

Mr Mohammed said that Federal Government was addressing issues of unemployment and bad governance which made terrorism attractive to some youths in the north-east.

The Theatre Commander and General Officer Commanding 7 Division of the Nigerian Army, Major General Yushau Abubakar, who also spoke at the news conference, said that serious progress had been made to clear the remnants of Boko Haram terrorists, who have continued to attack soft targets such as markets and schools.

Major General Abubakar appealed to the civilian populace to continue to partner with the Armed Forces’ authorities by providing useful information that would ensure and end to the onslaught of the terrorists in the north-east region and other northern states.

The Nigerian Armed Forces have for over six years made efforts to contain the acts of terror in the north-east that have left over two million persons displaced.

The terrorist group, Boko Haram, is trying to establish an Islamic state and end Western education in the region.

Recently, military onslaught has forced the terrorists to opt for suicide bombing of soft targets.

In August, President Muhammadu Buhari had mandated service chiefs to end the insurgency in the north-east before the end of the year, a mandate that the Information Minister said would be achieved by December 31.

Mop up operations in parts of Borno State have continued to yield results with the liberation of more towns taken by insurgents.

A collaboration between men of the 7 Division and the special task force along Gamboru area of the state has led to the recapture of Bosheshe among other towns in Gamboru.

Aerial bombardment by the 79 Strike Group is also paving way for the foot soldiers in their operations.

Theatre Commander of the Operation Lafiya Dole, Major General Yusha’u Abubakar, has asked the soldiers to keep up the fighting spirit.

Civilians trapped in villages cut off by the insurgents are finally free after several months of captivity.

Recaptured towns are being assessed under an inter-agency arrangement to return displaced civilians to their original homes.

Troops on the front line are in high spirits over recent victories recorded as they brace up for a showdown with the Boko Haram insurgents at the notorious Sambisa forest.